Heroes
"Heroes" is an add-on for Wesnoth 1.13.6+, that features 22 unique heroes, that are mostly known from my three campaigns Oath of Allegiance, Ashen Hearts and Carved in Stone.

They are the foundation for a deathmatch-mode: "Heroes" also comes with the map "The Sphere", in which 6 previously picked heroes are spawned into. In teams of 3, the players try to defeat the enemy heroes. Whenever a hero dies, he will respawn, but the opposing team is granted one point. The first team to reach 20 points wins. 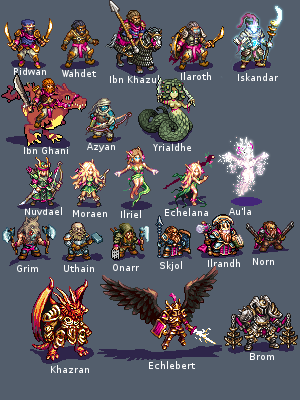 Play as Ilrandh, the crownbearer, and unlock the power of the great underearth crown,
play as Uthain, the adventurer, and call forth your hairy friend Meister Petz,
play as Echelana, the keeper of Lintanir, and turn your foes into rats,
play as Skjol, Chaincolt's wall, and immediately teleport to allied heroes and strike whenever danger approaches,
play as Ibn Ghani, the Khalid of Th'arwya, and use your mighty reptiloid mount to overrun your enemies,
play as Khazran, the Ashen Maw, and burn your foes to ashes,
play as Yriadhe, the Gorgon, and turn your enemies into stone
or play as . . .

There are plenty of heroes to choose from, may it be a fighter, a protector, a mage, a ranger or a supporter role. 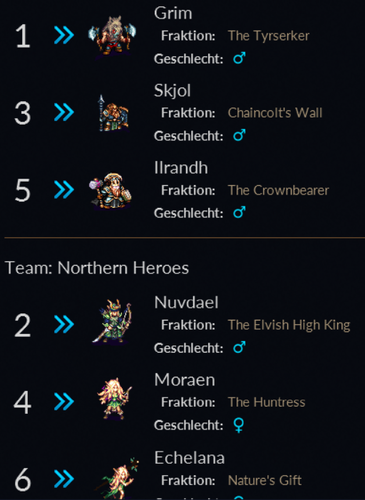 During the course of a match, the heroes can advance, each having three possible AMLAs. Most of the heroes get visual updates, once they choose an advancement path: 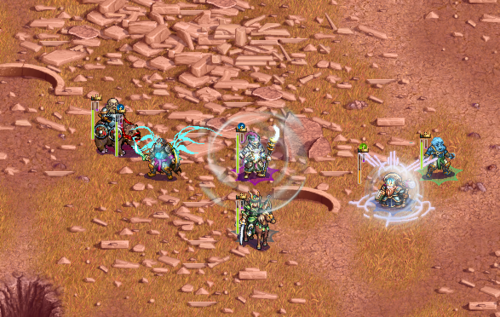 Creator of Dawn of Thunder and Global Unitmarkers

Looks great! i think that brom should have animations though (look at titanium decimator from many addons)
My active add-ons: The Great Steppe Era,XP Bank,Alliances Mod,Pestilence,GSE + EoMa,Ogre Crusaders
My inactive add-ons: Tale of Alan (1.12),The Golden Age (1.12/1.13) (all add-ons no longer supported)
Co-creator of Era of Magic
Top

Heroes! The city of Dalefjord is calling you!
The king of Dalefjord has called for the mightiest heroes of Irdya (and beyond) to protect his city against the evil orcish vermin that is lusting for its destruction. And who could be better suited for this job than . . . you . . . right?

The Siege of Dalefjord is a multiplayer coop-scenario in which up to 5 players pick a hero and defend the city against forthcoming waves of orcish enemies that continuously grow stronger. But fear not, several merchants are residing in the city that will help you . . . for a price. Get magical potions from the Red Mage Gustave to boost your hitpoints, damage, speed or experience, buy magical items from the thief Pete that grant you new abilities and if that's not enough, you can also buy supportive troops from the local lieutnant. Unfortunately, the orcs do not like merchants, so you rather protect them aswell, if you want to keep the access to their items!

The surroundings of Dalefjord also house several secrets, but don't you dare to discover them, as your job is to protect the city and not wander around . . . 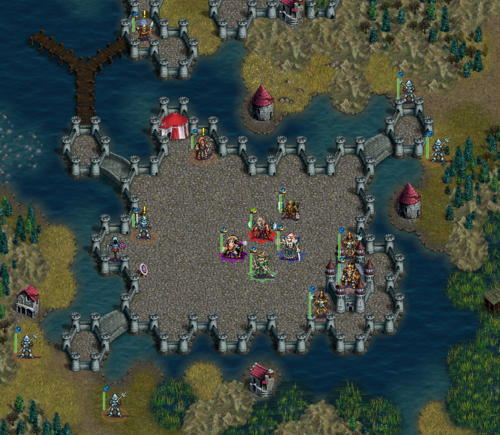 This update includes three new heroes: Ailiandil and Rhamuniel from the campaign Nightfall and Coral, who will pop up in Carved in Stone later. The White Elf Rhamuniel can enthrall weaker enemy beings and control them, which allows him to not spend his money on supportive troops. Coral is a mage that has a line attack, which allows her to deal damage to multiple enemies while only receiving retaliation from one unit. Also there's a ton of balance changes and visual updates. 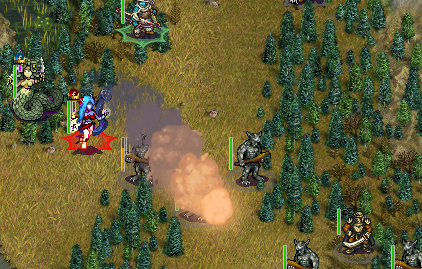 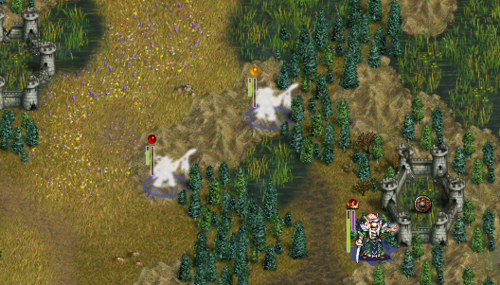 The 'Heroes' package will later be the used as a ressource for my campaigns.
Top

Cant find this one, atleast not on the addon server web interface.
Remember, "Nothing flies like a Filburd!"
Top

Preparing all of my stuff for 1.14 currently. Not available right now.
Top

The scenarios are aimed to have several things in common:


I present to you the first scenario of the Heroes series, featuring some of the heroes and characters that you already know from Carved in Stone:

Glondolin, leader of the mighty Iron Bulwark, a dwarvish fortification in the far east, is calling for the help of the dwarvish heroes. A giant horde of orcs, trolls and goblins are gathering in front of the walls, in order to break into the caves. Will our dwarvish heroes be able to defend the Iron Bulwark from the forthcoming waves of enemies?


If you liked Carved in Stone, you will surely like the Iron Bulwark. If you download the Heroes package, you can find the scenario in the campaign list. 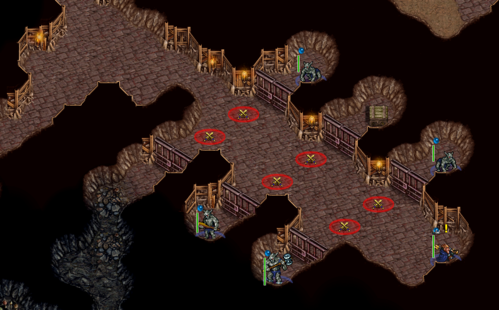 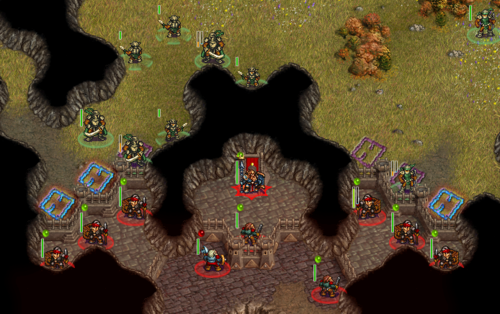 The Northern Wall of the Iron Bulwark.

Every item now has the same layout. 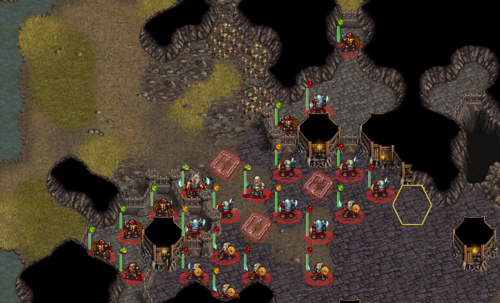 The main gate of the Iron Bulwark 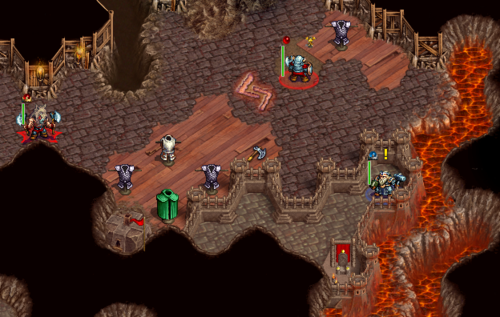 bugreport: In the 1.1.2 version, the multiplayer era/maps don't work (due to #ifdef MULTIPLAYER being missing from _main.cfg)
My active add-ons: The Great Steppe Era,XP Bank,Alliances Mod,Pestilence,GSE + EoMa,Ogre Crusaders
My inactive add-ons: Tale of Alan (1.12),The Golden Age (1.12/1.13) (all add-ons no longer supported)
Co-creator of Era of Magic
Top

What multiplayer era/maps? The package only has a single scenario campaign now
Top

Well, some of the unused era/scenario files are still in the current version.
My active add-ons: The Great Steppe Era,XP Bank,Alliances Mod,Pestilence,GSE + EoMa,Ogre Crusaders
My inactive add-ons: Tale of Alan (1.12),The Golden Age (1.12/1.13) (all add-ons no longer supported)
Co-creator of Era of Magic
Top

I mean Heroes_Test.cfg, though I do wonder what happened to the city of Dalefjord map.
My active add-ons: The Great Steppe Era,XP Bank,Alliances Mod,Pestilence,GSE + EoMa,Ogre Crusaders
My inactive add-ons: Tale of Alan (1.12),The Golden Age (1.12/1.13) (all add-ons no longer supported)
Co-creator of Era of Magic
Top

Yes, I need Heroes_Test.cfg for testing purposes and the Dalefjord mp scenario was too much to playtest, also it got zero resonance
Top
Post Reply
50 posts