I hope you're going make new campaign related to this era...

A campaign would be nice for such an awesome era, but I think they should get a 1.0.0 prepared first.
Creator of "War of Legends" and "Hero of Irdya: Book I."
Creator of the Isle of Mists survival scenario.
Maintainer of Forward They Cried
User:Knyghtmare-:-Friend me on Facebook-:-Follow me on Twitter
Top

I hope you're going make new campaign related to this era...

A campaign would be nice for such an awesome era, but I think they should get a 1.0.0 prepared first.

Generally speaking, a campaign for the steppe era may well be. We have some cool ideas for the campaign for each faction, as each faction has an interesting lore to uncover. Version 1.0.0 with 4 factions coming soon. After that, we will focus on improving what is, and of course creating new content. The main thing is that the players are interested in what we are doing - if the era is not popular, it will not be played, then of course our motivation to make a campaign will significantly weaken.
My art thread
If you like my art, try The Great Steppe Era!
Top

The 0.3.0 update is finally out, bringing with it the fourth faction - Northern Knyaz Triumvirate

The Northern Knyaz Triumvirate is a faction of the people of the north. The three knyazdoms entered into an alliance to fight back the evil that is approaching from the steppe. Playing as the triumvirate, you will command a diverse and flexible army. Your units will be able to build fortifications, improve armor and inspire allies to battle. Use the creative potential of the northerners to defeat the nomad armies! 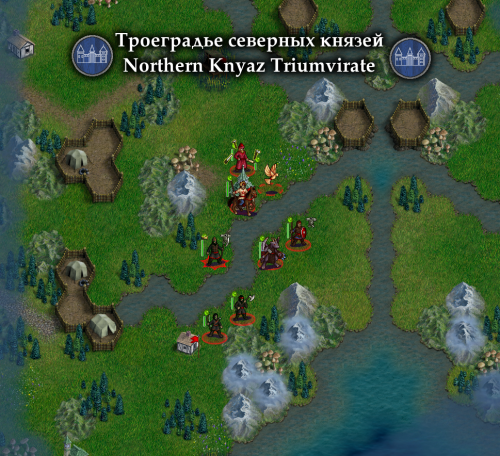 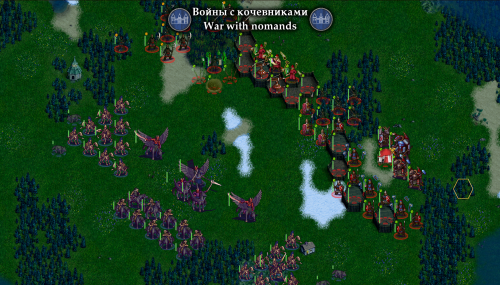 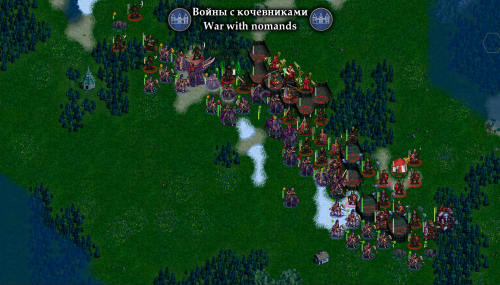 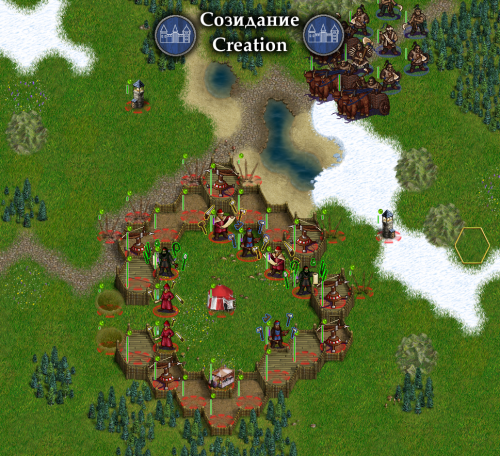 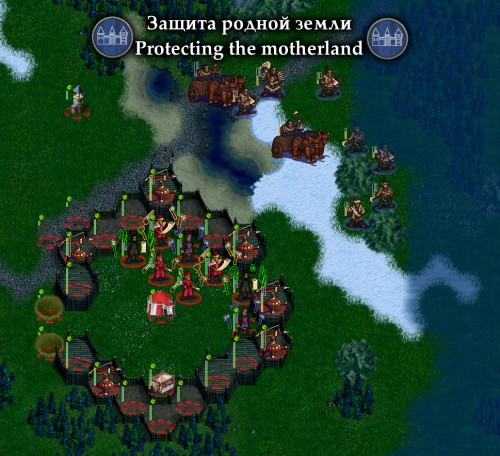 The 0.3.1 update is out! Changelog:
- added russian descriptions to the temsk raider, tesmk archer and zimnovsk militia (except lvl3) unit lines
- added custom AMLA to Kanavar Slasher, and reduced his max exp from 100 to 70
- added saber attack animation for kanavar slasher (contributed by Tezereth)
- added sword attack animation for barrow tsar (contributed by Tezereth)
- nerfed buildings' fire resistances by 10%
- nerfed outpost hp from 55 to 50
- nerfed outpost longrange attack range from 4 tiles to 3 tiles
- removed melee attack from outpost
- removed Drake Master Smith from the leader pool
- buildings can no longer be built on deep water
- fixed missing russian description for the build/long-range abilities
- fixed the ravenform menu being usable on enemies
- fixed lvl2 architects not being able to build if they were advanced from lvl1
My active add-ons: [Alpha] The Great Steppe Era
My inactive add-ons: Tale of Alan (1.12),The Golden Age (1.12/1.13),XP Bank (1.14),Alliances Mod(1.14) (all add-ons no longer supported)
Co-creator of Era of Magic
Top

The 0.3.3 update is out! Changelog:
Bull Tumen changes:
- pillaged villages now burn for 1 turn longer (purely visual effect)
- burning villages now have campfire sound source
- added more random names for steppe ogres
Serpent Khaganate changes:
- added spear attack animation for khaganate sentinel (contributed by Tezereth)
- finish off special now also gives bonus chance to hit if the enemy is at low HP (now enslave is less reliant on RNG)
- khaganate can now convert slaves in the same way as other factions can free them
- khaganate can now free slaves if they are former allies
Northern Knyaz Triumvirate changes:
- added new building AMLA to Zimnovsk Master Architect
- added spear attack animation for zimnovsk militia (contributed by Tezereth)
- added mace attack animation for zimnovsk militia (contributed by Tezereth)
- added russian descriptions to the zimnovsk grand guard and the krad jouster line
- outpost's ballista attack is now attack-only, but it now has a new bow attack
- outpost can now advance to fortress, and reduced its max exp from 100 to 50
- longrange attacks can no longer be used on adjacent units
- nerfed skylark's defense from 60% to 50%
- increased skylark's price from 15 to 16
- increased zimnovsk militia's price from 13 to 16
- nerfed zimnovsk militia's HP from 40 to 37
- reduced teleporter (AMLA building) cost from 20 to 18
- fixed traps not being counted as buildings
- fixed petrified units counting towards slave/disloyal total level calculations
- fixed not being able to undo moves if there is a trap on the battlefield
- fixed lvl0 units not being able to free slaves
- fixed some AMLAs not increasing max exp
My active add-ons: [Alpha] The Great Steppe Era
My inactive add-ons: Tale of Alan (1.12),The Golden Age (1.12/1.13),XP Bank (1.14),Alliances Mod(1.14) (all add-ons no longer supported)
Co-creator of Era of Magic
Top
Post Reply
96 posts