Forum rules
Before posting critique in this forum, you must read the following thread:
Post Reply
1 post • Page 1 of 1

As pointed out in bug #21643 [Gna.org], there are some corner cases for fog and shroud that look bad (or possibly looked bad, in the specific case of #21643). Fixing the bug took some coding as well as a new image. Both are in place, but the image is something of a hack job:

Still, it's a tremendous improvement over the bug, so I went ahead and committed it. This is an invitation for the real artists to replace my hack with something better.

On the same subject, there are some other cases that people might want to look into. These should all be possible in 1.11, with the aid of [lift_fog]. The file names describe the edges of a hex that have fog. (Look in data/core/images/terrain/fog/ for the images we already have.)

I have not checked these to see how they look with the current set of images. These are merely the files that are missing. (The non-contiguous combinations, like n-ne-s probably work out OK as combinations of the existing images.) To complete the list:

Fog on six sides
* fog-all.png
(This is the file I hacked together, so is ripe for improvement.)

As I said, I am not making a claim that these files need to be made; I am merely raising awareness of the situation so those more qualified than me can look into this if they so desire. (If you want to see how these look now, I'll leave that to the UMC authors who would make use of them.)

Similar issues might exist for shroud. I checked the single-clear-hex for shroud, and it was not unplayably bad like the fog case, so I did not make an image for it. Still, artists might want to improve it, so I'm mentioning it here. The shroud images that may or may not be desired are the following. (You may need to use [remove_shroud] to see these occur in the game. To see the existing images, look in data/core/images/terrain/void/.)

The shroud is likely less of an issue because you do not end up with stacking opacities. (The problem with fog seems to be that several images ended up stacked on top of each other.)


Edit: For reference, in case people are wondering what it looked like before the fix: 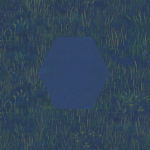 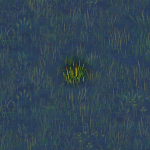