Description:
Right now this is an 8 Player Single Elimination Tournament Scenario called Joust Kingdom. You play a couple of 1vs1 Rounds trying to make it all the way to the final. Can you win it all?

This was made with playing vs the Standard 1.16 AI in mind.
In the future this will become a mappack with all different kinds of Tournament Maps. Probably 2-rounded 2vs2 Tournaments aswell.
I can recommend playing Ageless Era with this, for the ultimate mixup of matchups.

Gameplay and Settings:
The general concept of gameplay is to be a fun semi-competitive experience of consecutive 1vs1 matches while managing your roster vs all diffrent kind of opponents. When you win your Match and advance a Round, your leader and all living units that remained are fully healed and teleported to the next Arena.


Special Rules:
Default Options:
Difficulty:
As playing on an even battlefield vs the AI may be a bit easy for the experienced wesnoth player, I suggest giving AI players Income bonus to increase the difficulty. This seems to be a good way to fit the overall pace of the gameplay as it keeps the enemy dangerous while the human players are trading better over the course of the tournament. Do it in gentle increments, because it piles up over the course of a full match.

If you want to be on the lookout from the beginning, give them more starting gold

Changing the Settings
You can change up all Settings to your liking. For the Special rules one would have to change the proper "mapname.cfg". If there is interest I can add a small tutorial on how to adjust them aswell. Should be pretty easy.


Feedback and Contact
I am happy for any feedback or storys from your experience playing these Tournament style maps. I will check the forum thread frequently and you can find me over on the wesnoth discord.

Joust Kingdom
Background: As a loud quake went around the globe, all races and their respective leaders began to wonder about the cause of such an powerfull event. They soon made out an island far off, Joust Kingdom, from where the vibrations kept on coming.This island was once used to hold Tournaments for the amusement of the folk. It seemed long forgotten, but now they all independently decided to go with the goal to be the first race discovering what has happend to this place of glory... 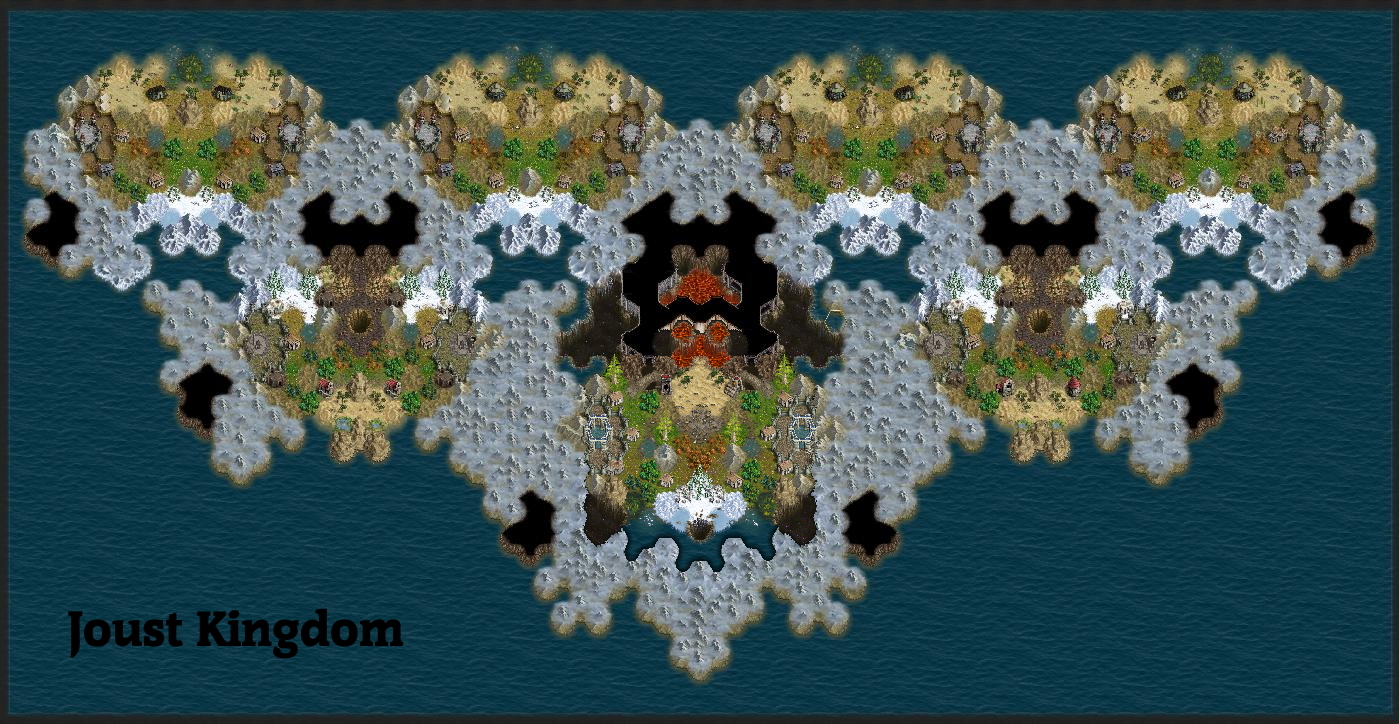 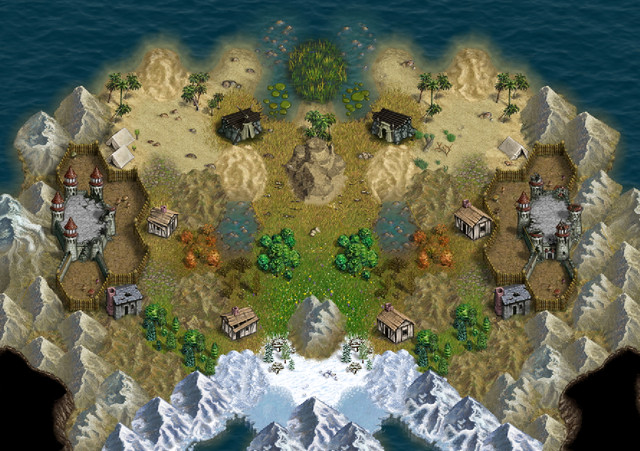 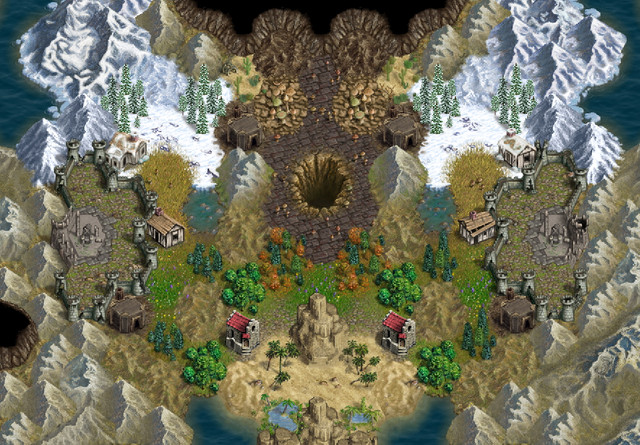 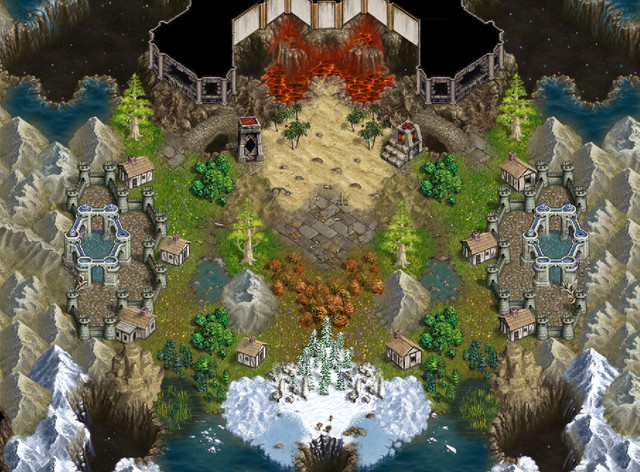 Credits and alot of Thanks to:

Credits and alot of Thanks to:
lbrande - for creating The Duelist's Tournament map for 1.12. I took alot of parts from his code back from 2015
mattsc - for always giving great advice and pushing me in the right directions
octalot - for helping with setting up the gold
Pentarctagon - for helping with unit recalls
knyght - for helping with gold & leader leveling
Last edited by EyderSnob on November 5th, 2021, 9:17 pm, edited 9 times in total.
Top

Interesting...a Competitive MP scenario.
My feedback: Suggestions:
Creator of "War of Legends"
Creator of the Isle of Mists survival scenario.
Maintainer of Forward They Cried
User:Knyghtmare-:-Friend me on Facebook-:-Follow me on Twitter
Top

That is a little bit of intented. I think it adds to the back and forth on such a small map. Some tempo swings are ok I guess, but if there are certain situaitions where this gets out of hand i'll change it. Definetly gonna keep an eye on it. I should note that i am playing with a mod that allows lvl's above 3.


[*] Denying the leader units from moving at all disallows them from gaining XP or participating. Both good counters against each other however, you can assassinate weak leaders in one turn in later rounds. Assassinated the round 3 leader in one turn with melee class units.

This was a problem pretty much from the beginning of taking away the movement =( I experimentend with giving just 1 or 2 movement points, but it plays out different and especially against the AI it sometimes leads to early leader snipes with a full squad right behind them.
As i hower think that the underleveled leaders in the endgame are a problem, I updated the addon to 0.0.4 adding automatic level ups of the leaders to rank 3 once they reach the 2nd tournament round.
Should be atleast a step in the right direction

[*] Final round seemed to favor factions with high forest affinity.

This is probably true, but having a map pack in mind it's hard to not make every map look the same. I tried to use as many terrains as possible. I am sure there will be some favorible arenas for every race in there. But i'll be on the look out for winrate tendencies.

Sadly i don't know what you mean by that. I tried looking for team color related stuff on the wiki but couldn't find anything. I am happy to fix it if i know what

Auto-recalling everyone might be an overkill. Started round 3 with an army of Level 3 which ate away the enemy team in 3 turns

In the first versions I had the units be put to the recall list with a recall cost of 0 or 1, but I had an interesting talk with mattsc about how the AI handles recruiting. It turned out that the AI, even though the units on the recall list were easily affordable, skips through those units and sits on it's gold to recruit a certain unit type the next round. This leading to the most broken state of my scenario as the AI just got swarmed on such a small map. Thats why currently all the units are teleported.

Thanks alot for playing and telling me your feedback!
Top

This looks fun, maybe i'll try it once i have some time.


This is probably true, but having a map pack in mind it's hard to not make every map look the same. I tried to use as many terrains as possible. I am sure there will be some favorible arenas for every race in there. But i'll be on the look out for winrate tendencies.

You can totally work around this, just make arenas with balanced number of the most common terrains, just different themes. There are plenty of types of flat terrains, forests, hills and even mountains. You only need to figure out 3 different themes, but there are honestly so many possibilities, you could make one up for each of the seven duels. Even if technically the maps are exact copies of each other, you can make them all look completely different. Can have basic grassland themes, autumn, savanna, tropical, desolate, cave-like, even urban etc. If you don't want them to be exact copies, then there are even more opportunities, like moderate deserts or arctic themes.
I see right now you follow the philosophy of a little of everything, i believe themes would look much better.
"A lion doesn't concern himself with the opinions of the sheep." - Tywin Lannister
Top

adding automatic level ups of the leaders to rank 3 once they reach the 2nd tournament round.

Doesn't help if the leader unit is level 2 and AMLA. See my replay.
Round 3 started funny when I immediately got attacked by 2 level 3 Cavaliers :v

Hey there!
I really like the idea of this and had lots of fun in 4 tournaments against the AI so far. Casual player here so I actually find it quite challenging against the AI especially with bonus gold per round.
I´m also playing Ageless Era and use Advance Wesnoth Wars (viewtopic.php?t=49454 - actually still works on 1.16 for me too) and therefore the fast XP gain wasnt a problem and played quite well with units in final battle being lvl 5 sometimes.

I´m thinking about disabling fog of war if that is possible without screwing anything else up because it might add some more strategy for the whole map.

I´ll keep looking for updates, but this already is fun to play!
Peace
Top
Post Reply
6 posts • Page 1 of 1