A startpoint for the project on real world animals.
v 1.0.1 - one small sea faction, one map to play with them
Undead pictures are used instead of worms because of my poor painting skills (anybody wants to draw some worms for this?

).
Please give me feedback if you have noticed any problems with this add-on (especially 'cause it is my first such work)

hello, on 1.12.6 add-on server you can find some interesting worm/insectoid-like units in WotG by ChaosRider.

I attached most of them here to download for you, maybe they inspire you some more. and maybe they give you a good starting point if you decide to draw or modify some of your own. 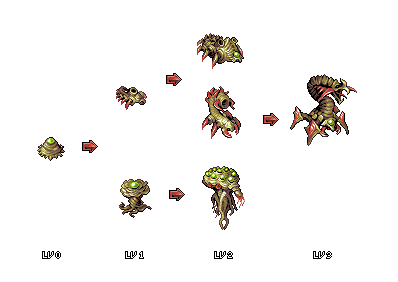 Thank you for these images

It will definetely help me with my project
Top

if you have little knowledge on sprite art, then I am sure you can make some interesting "franken" out of these units.

if you have no experience at all, then there is a pretty comprehensible guide on the wesnoth side showing you how to proceed on creating sprites and more. with gimp you can easily cut them up and create new worm units.

here is the link link for the side.

Images for all worms were added 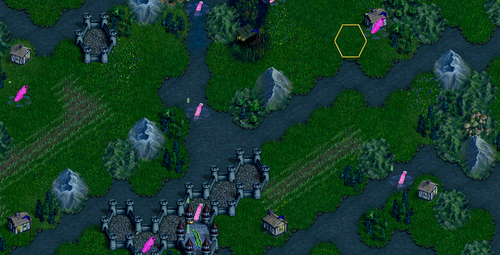 (1) in your first image i guess they look somewhat ok, but that purple is too agressive for me. maybe some softer colours would be better. also they are missing shadows

(2) second picture has some better untis, all look ok, but the black and red worms do not look great. you shoudl work more on them.

this become more of an art problem then a faction design problem. if you want more feedback on your art, you should open a thread there.
stuff I worked on: Dunefolk Rework - ghype's Daily Art
Top

Thank you for the review
Well, flatworms should be extremely colourful and purple makes them exotic so I think it's okay
I've added some shadows and made a new thread in the art section https://www.wesnoth.org/forum/viewtopic ... 23&t=49048
I'm going to rework other images soon
Top

Era of Worms 1.6.1 Faction Tournament
(the aim is to achieve better understanding of balance issues)

According to these results, some flatworm unit parameteres were changed to make them less victorious.

As this has a few sea worm factions, some of you may be interested to see the addition of new water tiles.
Top
Post Reply
10 posts • Page 1 of 1