Forum rules
Before posting critique in this forum, you must read the following thread:
Post Reply
214 posts

To any self-appointed hand experts : I assure you, proportions for both hands and the armour suit are quite lifelike (being almost traced from an actual picture, I have to admit). The result may not feel perfectly natural, but you gotta keep in mind that not every armour is flawlessly fitted for its owner. If anything, the rear thumb is a little small and the vambrace a little large, but the hand itself won't change.

The thing on his head is a cowl that can be made of leather, linen or any hard-wearing cloth. As far as I understand, knights used to wear these underneath their helm or mail coif in order to avoid direct contact with the steel.
Top

The way I see it, it actually isn't that small in comparison. Even so, the reason it is slightly smaller is because of perspective.
Ecce, in caelo! Est avem! Minime, est vehiculum aerem! Minime, est virum Latinum!
Top

When last I checked the generic portrait gallery for 1.9, it occured to me that we were still short by a few trolls. Which is great since I enjoy drawing these big guys. Note that the picture below is very much a work in progress when it comes to shading and texturing, but the overall atmosphere ought to be clear enough.

Changes to expect in the near future:
- shading and colour will improve and become more coherent with existing portraits made by Kitty
- edges on his body will be toned down
- his body will be decorated with tattos carvings
- additional detail on the polished bone and stuf that ornates his loincloth
- and of course the final portrait will be reframed and its background emptied 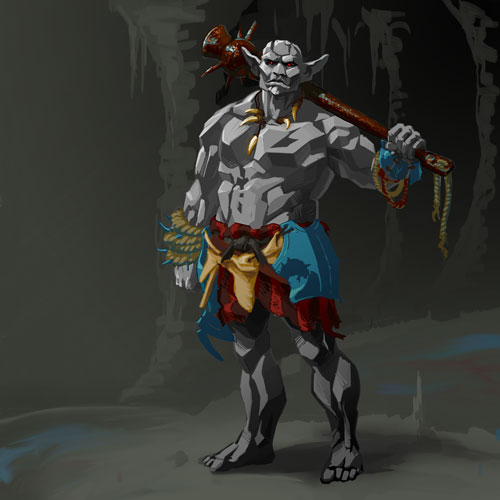 Quick question because I'm honestly just not sure of troll anatomy, but are his legs supposed to be so short compares to the rest of his body?
Win if you can. Lose if you must. But always cheat.
Top

Mmh, I know. This has been troubling me as well

The legs weren't so short in the initial anatomy layout, which was based on the average human male proportions. However, that was before I broadened his shoulders and thickened both arms and chest in an effort to make him bulkier (according to the unit description, great trolls are of exceptional strength, even by troll standards). I think the resulting barrel chest does convey strength all right, but the legs have looked short ever since. As if part of his pelvis had gotten lost in the process. Not sure how I'll get past this one, save by invoking the final crop which will hide the legs anyway. But that's just cheating:hmm:
Top

Short legs aren't a problem. IMO it's contrary, such large, heavy creatures are almost bound to have realively short and massive lover limbs. It's trolls face which is troubling me. It seems to much human and too noble to me. I always envisioned them more pithecantropish in appearance. Like below (it's just a proposition): 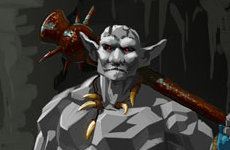 Needs moar texture, and I'd prefer to see three or even two fingers - or maybe variable numbers.

Well if you're just trying to make him look stronger than any human, take the Michelangelo approach and make up muscles. I don't think you necessarily have to widen his entire torso. If you do, you don't really need to lengthen it to match. 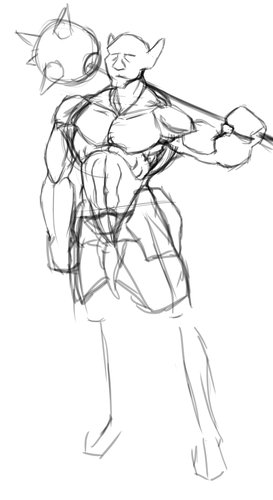 I like the stocky design more because it looks not only stronger but also heavier. Besides I've got na idea which probably won't be implemented, but nevertheless... Let's say the troll skin is thick and not elastic like human. So why don't give to them skin folds like these of rhinoceros'? 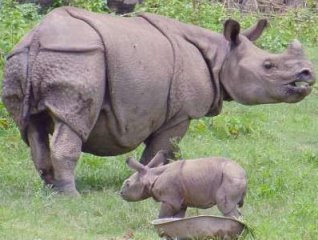 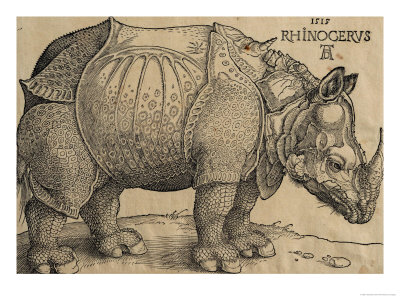 I wasn't asking about the legs because having shorter legs on a stocky body is a necessarily bad thing. I only brought it up because the level 2+ troll sprites look proportioned to a normal human. I've been told numerous times that we don't need to follow the sprites to the letter however, so it's not really a big deal. I think he looks fine with the shorter legs. The only thing I'd maybe do is make them look stronger by widening them to match the torso's broadness.
Win if you can. Lose if you must. But always cheat.
Top 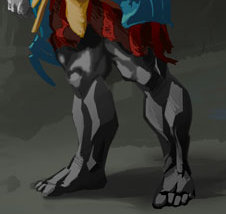 Not wild about the Rhino-hide idea, by the way - they're not just thick-hided mammals, they're animate rockery.
http://thespaceinvader.co.uk | http://thespaceinvader.deviantart.com
Back to work. Current projects: Catching up on commits. Picking Meridia back up. Sprite animations, many and varied.
Top

As for the waist, I'm perfectly aware of where it should be. However, I've deliberately erased it precisely because this troll should reek of massive strength and rock-hard constitution. Just look at someone fat and/or bulky, say a rugby player : more often than not, their waist is hardly there. If anything, my model would be the Farnese Hercules. Valkier's sketch shows a creature that does feel strong, but in an agile, explosive way that doesn't necessarily involve toughness, whereas I'd like my troll to feel as if he can easily shrug off anything you throw at him.