I'm getting back onto Drake portraits. Coming up with a brand new fighter and burner, first off. Sketch is ready for the fighter, with the armour evolving into ceramic scale mail rather than large ceramic plates. Sketch only thus far, whilst I build my confidence back up. 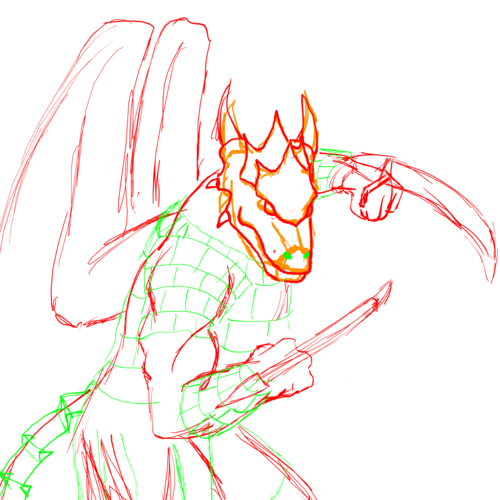 Oooh, cool!
Are you making the wings to be the whole area behind it, or so they're not filling the whole thing behind the back so they don't look like fins?
(Sorry if the question is a bit, I just thought I'd ask...)
Check out my sprites!
Top

The wings are folded, but will of course have a lot more detail. This is only a sketch

It might just be me, but it seems the blade on its left hand is a bit longer than the one on its right...?

. Can't help but be reminded of wolverine.

Arms look like they could be a tad longer, especially the forearms.
A suggestion would be to separate the wings a bit more, especially the one closest to view, but that's personal preference.

Looking forward to seeing how it turns out. 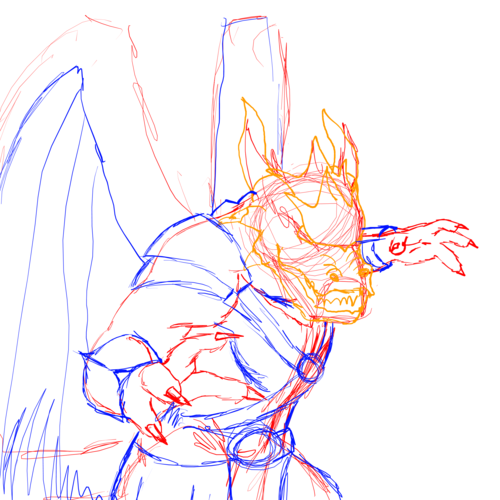 Has more depth than the first.

I can say I already love that.
The head looks like... Awesome, and as it's only a sketch...

The horns and spikes(?) especially look nice.
Check out my sprites!
Top

Nice Portraits, can't wait for them to be finished.
Creator of "War of Legends" and "Hero of Irdya: Book I."
Former-Maintainer of Start of the War
Maintainer of Forward They Cried
User:Knyghtmare-:-Friend me on Facebook-:-Follow me on Twitter
Top 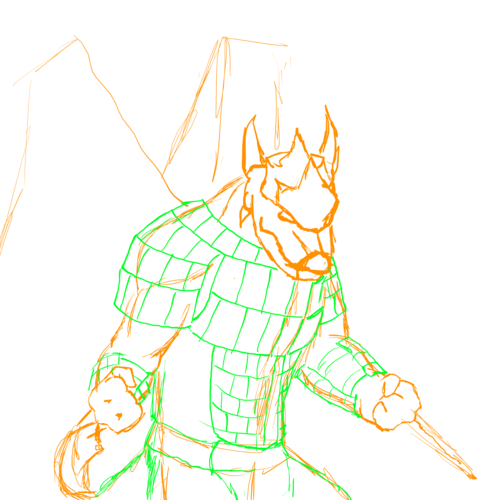 I liked also more the posture you used on the first attemp, the second one looks more static and "cliche" not too sure why it gives me that impression, probably because I expect it more than the first one.

Note that one of the things I like most from first portrait is that the signature weapon of the fighter can be seen fully, instead of "trapped" behind the arm as on the second one, and its one of the most defining features that differenciate this unit from the others drakes.

Fighter's going to get a little more work I think. Here's some more refined lines for the Burner. 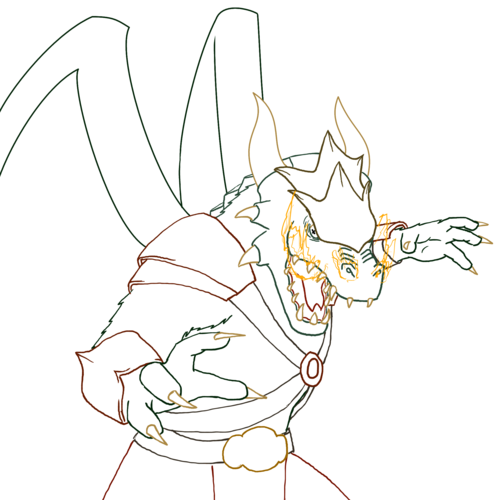 The burner is shaping nicely, tought I'm feeling something is wrong with his left claw, dunno if its due to the perspective but I felt its fingers are broken or the claw is too small.

So please, consult it with a better artist of portraits before going further, in case something is wrong with it, since he/she could probably give a more accurate information than me

I like the pose you have chosen for it, it gives an impressive look to the burner line.
"Mysteries are revealed in the light of reason."
Top