Ah yes, this doesnt work, expects variable created at event available before it. I suppose it could be written with formula but that isnt documented enough to try.

I dont see point to make it completely randomless. With those missiles you could use pseudo random instead.

Do you plan to make it playable for ai?
Last edited by Ravana on September 2nd, 2014, 6:45 pm, edited 1 time in total.
Justice is what happens when someone with a sword kills someone without a sword.

that's interesting Ravana, I was using [if][then] but I'll replace with your recommended one using [filter_condition], thx for that.

Perhaps instead of random % factor to hit it might be interesting to play with armour resistance, so whilst the shot is 100% to hit there could be a resistance modifying value. I'm tempted however to just simplify this as described, with balance based on damage and range. Another idea is damage types and accompanying resistance, with custom damage types like laser, bolter, rifle and the unit has a range of resistances for these types, I suspect again this would not enhance the mod but just make it more complex, as it focuses more on tactics, this is also a reason not to use terrain too much, which wasn't strictly intentional, but the result is a mod which focuses totally on the tactics and not on issues like "Oh I need to make this unit to travel on x terrain".

As mentioned I might try for a simplified Ai which can use ranged weapons, at the moment the coop map has a basic spawning AI which radiates toward player spawn points and uses melee only.
Maintainer of Conquest (Original Gameplay), Conquest+, Conquest+ Space/Ranged, Chaoz Battle of the Wizards, Lazersquad (squad game), WesCraft (building MP game)
Top

Machine gun turret can fire 5 times (uses movement) it still has 1 line of sight only
Demolition man can now take down turrets
laela - your code produced a load of LUA errors, but I made a new version using your conditional method which seems to work ok:

Added instruction how to view the Random maps in the game lobby setup in opening screen & in-game Scenario Objectives:

I thought I'd add some pics from Lazersquad to show the gameplay:

This shows a conscript basic 1 gold unit firing their rifle ranged weapon, the "projectile" is moved to attack an enemy unit at range: 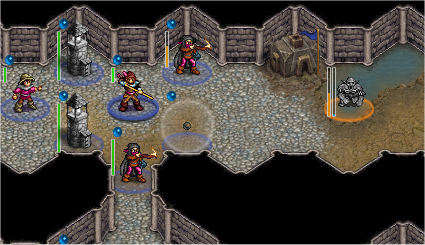 This shows the Sharpshooter unit, this unit has the sniper shot with a longer range: 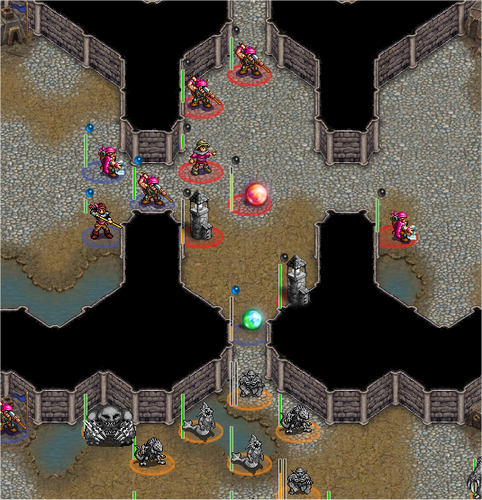 This shows an RPG fired by the bazooka unit, the RPG has good range and radius damage: 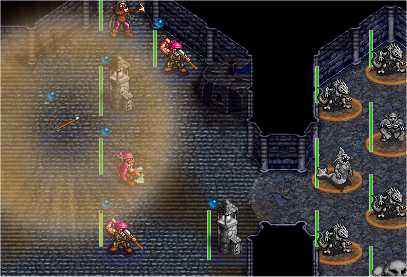 This shows the Alien Queen unit, spawning alien units each turn in the Coop map: 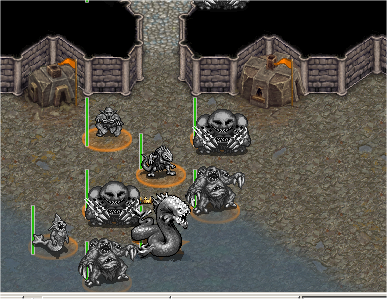 This shows fortifications to block enemies, built by the Engineer units, projectiles can pass by fortifications as long as there are free hexes to move onto: 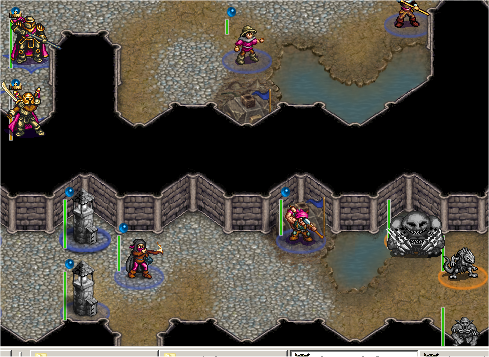 And here is a sample replay of the Coop map (all players vs. Alien spawn)

I have updated Lazersquad on the 1.14 server, please also see this announcement: