Updated the leader chart to show the casualties. Click here!

There are three matches remaining from this round. The Krogen vs Oook will happen soon (before the deadline).
Regarding ikomizo and Lets_Go, i already sent out a message. If Lets_Go will not suggest a time for the match before Thursday midnight, i will decide the pairing for round 2 for them in advance. NanRoig and yanosz, stay around for the weekend if possible!

Today i found a severe bug in PYRA - the dust recuperation did not work on the dark dirt of the Swamp of Dread map. Luckily it did not affect the matches so far. A patch will be issued before the third round begins.
Horus, organiser of International Wesnoth Tournament 2016
Top

I am still waiting for a response from Solymos-HUN but he is offline for almost a month now so i don't know... And today is the last day I can play with him.
Top

My game vs Oook.
Spoiler:
I won, thx to the late-game witness.

As you have noticed, i did not announce round 3 yet. Do not panic! I had way too little amount of freetime and i could not fix the bug yet; without that, there is no point to start it, also it would be really nice if the yanosz vs ikomizo already had happened.
As a result, this round will be opened only this night (CET) and will last for the next sunday midnight. Round 4 will overlap Round 3 and will begin on the usual Friday night time.
I send PMs to the problematic pairings again.
Horus, organiser of International Wesnoth Tournament 2016
Top

Swamp of Dread was Dreadnough's attempt to make a legacy, and since he did a masterpiece by hybridising the Weldyn Channel and the Caves of the Basilink, featuring the advantages of both but the shortcomings of neither, his name will surely remembered by the multiplayer enthusiasts. According to the public votes, it is easily the most popular map, and that is why i chose it to be the third - we have to bid farewell to some players in this round, and it would be a shame if not everyone had the opportunity to play on this map.
It has a handful of interesting perks that make it stand out from the mappool from a tactical perspective. There is an abundance of mushroom for the restless folk, easy mid-crossing for the swamp-loving saurians, oddly powerful forest positions for tree-huggers, and last but not least, dark dirt, which, with today's patch, allows dust devils to recover from any trauma as intended. Even the most generic DAOG player will feel a temptation to add one or two terrain specialist to the mixture. 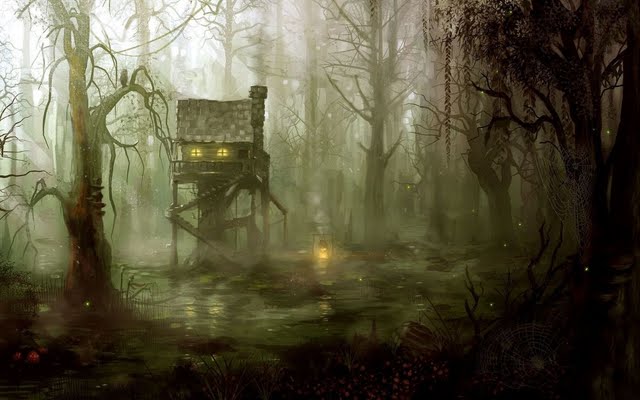 Figure 3 - This landscape was a lot less eerie from a top-down view.

There are still a few unfinished matches from earlier rounds. Let us have a quick overlook on their individual deadlines.
This round starts now, and will last till 11th Juny. Round 4 will overlap this, and will begin normally on 9th Juny, Friday evening as it should.

We are going to play our game with Horus NOW.
"A lion doesn't concern himself with the opinions of the sheep." - Tywin Lannister
Top

And it is over, here is the replay.
Spoiler:
Horus had a defensive build, but i managed to rush him and gain constant village advantage, thx to a strong and resilient naga hunter.

Spoiler:
I won. The game was going normally, I had the win, but at the end he went to all or nothing, blocked my leader and for one turn, I thought I had lost it. GG

WHERE IS MY HONOR!
Top

abhijit vs Mint has ended.
Spoiler:
Somewhat of a mirror, but abhijit's core focused on the apprentice mages that I was bashing only a few days ago.
Spoiler:
In Soviet PYRA, apprentice mage bash you.

My enemys refuse combat, even the Humble Bulgar been hidding last 3 days...
Top