Krogen wrote:Im finally cured, expect my game with Elder in the following days.
Btw, will the leader tab be ever updated on the first page? Laaazy organiser, this one.

I spent an average of 5,5 hours sleeping in a day, altough not counting going out on the buses and the remote, undisturbed corners of the office.

EDIT: Fortunately i made up my arrears today.
Horus, organiser of International Wesnoth Tournament 2016
Top

M game with ElderofZion.
Spoiler:
After a horrible, village-forgetting start, my defense prevailed.

The beauty VS. the beast -> A long cold war turned into brutal chaos and eventually the beast and his friends were tamed.

RNG hated me so hard that I preferred to suicide my beast than continue to play... the beast just can't be reasonable

btw, we're going to play the finale on Weldyn Channel, that's terrible...
Silverhead Crossing is a far better map for a finale. Do you know what I mean

As another potential finalist, i agree. Silverhead Crossing would be far better than Weldyn Channel for the last game.
"A lion doesn't concern himself with the opinions of the sheep." - Tywin Lannister
Top

The overlords in hell were merciful to modrzew and let him resurface... if he still prefers that less harsh climate.


Since i personally asked your opinion to redesign the finish of the tournament, i grant you the request and the tenth round will be on Silverhead Crossing.

Well hello there. You have no idea what I've been through in the deepest deeps of hell. Now I am stronger, forged in the hottest of the flames. This will not be an easy match for you Maboul! muahahaha!

So what hero I play? I can pick or what?

An angry spirit you shall be -

one who can not be zoc'ed...
one whose claws can tear through anything...
one whose rage is uncontrolled...
one who...*ehm*...is a mere 'shadow' of your former self...
Winner of The Alternate Frontier
Top

Modrzew wrote:So what hero I play? I can pick or what?

If I'm correct, you have to pick the angry spirit
EDIT: i've sent you a PM. Tell me when you can play, plz
EDIT 2 : I have no answer from you (Modrzew). Are you sure you want to play, if you don't, tell me. If you do, tell me when you can. I don't want to offend you. I'll be glad to play with you. Otherwise maybe Danniel_BR could play the angry spirit. I owe him a revenge, he definitely will be a good player for a good 1/2 finale.
Top

I did not specifiy the day that ends the round, partially because most of us are a bit weary and a cooldown period felt appropiate. Obviously this cannot last forever and i am going to name a day if i must.

Thank you Maboul for the report on the attempts at scheduling. I will also try to contact Modrzew. you do not have to face another opponent if the destined one is absent; it is not unlikely when you have to match against players eliminated long ago. It is in the deck, as Hungarians would say. It is strange though, as he knows about his revival and still not responsing.

I would like to inform abhijit (who whispered me yesterday, then vanished in the dc-woods) that Krogen is known to be overwhelmed with his summertime duties, and he is only available during friday nights and weekends, as far as i know. We will soon learn who is going to regret accepting the chance for rematches.

(The dice are just and righteous!)
Horus, organiser of International Wesnoth Tournament 2016
Top

I can wait for him, I'm not in a hurry. Playing my round will just help me to forget how I miserably sacrificed my Drake warrior

This month seems particularly complicated for all of us to meet, so extra time is necessary, imo.
Top

Yes, im both mentally and physically weared out nowdays, but hopefully this weekend we'll have our match. I'll be online today from 20:00 (GMT+2). Same for Sunday and Monday.
"A lion doesn't concern himself with the opinions of the sheep." - Tywin Lannister
Top

Upon gazing at the fruitlessness of scheduling, the futility of all previous battles and deaths, George Rightfully Radical Martin pondered.
"I should have ended this long ago." - he muttered.
On his desk there was a post-it note, featuring all the notable characters' names who are still alive. It was not long; three and a half, to be precise. So close, yet so far... He started to have an awkward feeling about the current stance of things.
Then he grabbed a fat book, which was very inconvenient to carry around at all times yet he seldom left it at home; a book that listed all form of deaths known to man. Despite keeping it in the highest of regard, it showed signs of constant wear. He used it as others would use a recipe book in times of authorial crisis in the kitchen. He closed his eyes and tried to open it at "gingival hemorrhage", but he slighty missed it.
"Gophers..." - he read aloud - "I have never killed anyone with gophers."
Two hours of extensive head-work later, George grabbed a pen and scribbled some notes next to each name, then vigorously crossed them. He had a great relief he had not felt since years. 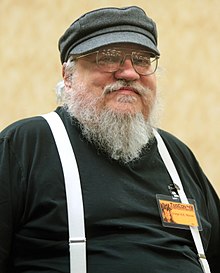 Figure 4 - No fictional character shall mess with this man.

Congratulations, the tournament is over, everyone is dead. Due to inactivity, i declared the round cursed, and ended it with a tie between four players.
HOWEVER if you still wanted to play it, you are probably angry at me now. Very angry, and very dead. That is understandable.
So.
If you still want to play, know that all of you have to choose Anry Spirits for leader. If you win, you can reclaim your original leader for the grand finale!
Yes, we skipped a map, we are on Silverhead Crossing now, due to popular request. Clearing Gushes was nice, but it seemed like you did not want it. And Silverhead Crossing feels like the most fitting mechanically for an all-spirit scare-em up round.
The last minute of the round is 27th of August midnight. I will not commit the mistake of forgetting to mention a deadline, with intentions of letting you do it in your own pace again.

Have fun in not resting in peace!
Horus, organiser of International Wesnoth Tournament 2016
Top

Well, that's quite amazing. I didn't expect such an end

.
We really missed a deadline for the round 9.
First time I'm killed because my opponent didn't come and didn't answer