Forum rules
Before posting critique in this forum, you must read the following thread:
Post Reply
63 posts

I try to make them look more living those already forgotten by the other units. Right now below i post animation for Merman Warrior King & Merman Hoplite:

Your animations are smooth enough, but they have a problem. The motion is not exaggerated enough, at least in the merfolk. Also, they are frozen at the waist, so they look odd. You should be modeling them more on the mainline fighter. Look how stretched out he gets:

You need to do that to get your animations considered for mainline.
Campaigns: Dead Water,
The Founding of Borstep,
Secrets of the Ancients,
and WML Guide
Top

I agree that they could looks better but this require more time, maybe when the holidays start. Also they are moving in game when they attack, they dont stand on one hex but move between two hexes. At the end i think I'm still in the crawling stage in the graphic as you can see on higher posted animations but below im gonna post another one (in my MWC addon its Ancient Ogre):

Nice to see the hoplite animation, I like that unit, hopefuly now it'll get used more.

Also, didn't know before that you'd done an animation for the therian shaman (or whatever that sprite originally was), I did a teamcolor for it a few years back and could put the TC sash on it (don't know if the TC staff gem would work right).
Top

Made a feeble attempt to correct the balance of the movement.
When hand goes back, the body moves forward to balance it.
Assuming a general forward movement, when hand moves forward, the body stops moving forward to balance it.
Otherwise the movement would look like movement in computer games where everything moves in the same direction at the same time, defying Newton's laws (should be easy if you try to think about the third one).

Homunculus, have you tried to lean your body forward and punch forward simultaneously? Not sure how it's about your anatomy, but I can do that easily. Arms are far lighter than the torso, so the recoil from moving arms that affects the body is tiny. The actual application of the 3rd law of Newton that's missing here is that the recoil from torso isn't absorbed by the pelvis (in that case, his butt would move backwards) nor by his weight (in that case, his butt would move forwards, losing balance after the attack).
I named your units.
Top

I have done some hitting sports, no need to worry, and I understand what you are writing abut.
The ogre seems to have massive arms, by the way.

Of course the forward movement would need to be stopped somehow, but I didn't want to make a complicated mess out of it, just isolated one case there: the body is pulling the hand with the same force that the hand is pulling the body. I don't even mean it should be better than the original, might just be something to consider when doing next animations.
campaign ruthless in your nearest 1.11 add-on server
some wesnoth-related drawings
Top

As for now also below is defense animation for atronachs:

Ok, but why this ancient ogre is slim? Where is his stomach? About a shade of weapon while attack, i dont like to hide units body after it, thats why i do it transparent. At the end i think his navel is not moving while attack.

Also i created 4 lvl for sun protector by modifying already existing as a gif file unit. I dont remember where exactly i found it, but now its available in MWC v1.4.7.

Now slowly after a long time of absence is created animation for atronachs, as for now defense and bite attack (maybe later i will do for his claws): 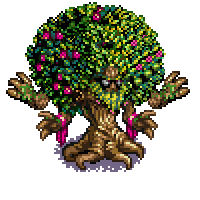 It looks great, good job!
If presented with the opportunity, I would take great pleasure in becoming a world ruler.
Top

For a while I thought that you've made an awesome continuation of the Wose unit line, but then...

I found the image quite huge for practical application and decided to shrink it to 50% of its original size. And it did not look quite so good later. Most of the sprite was identical to Ancient Wose, with both hands duplicated and added on the other side and half of the branches were copied from other parts of the tree. This would not be so bad, but the problem is that some weird smooth resizing algorithms were used and as a result, the new parts differ in style and the difference is horribly visible is shrunk to 50%.

However, shrinking it to 55% or 45% did not produce the effect so it's not so disappointing after all (although that needs smooth resizing that is quite evil for sprites).
I named your units.
Top

I didn't notice the size when I looked at it on my phone. It's huge!
If presented with the opportunity, I would take great pleasure in becoming a world ruler.
Top

After drawing that giant wose I also tried to scale it, then sharpen and even at the end I tried to make darker parts of this wose which I changed by modifying shadow and contrast but the end result was the average. I will just redraw again ancient wose from default wesnoth because as you could guess I also am looking for next advances for units from MWC (most the one are from main era of Wesnoth 1.10
Spoiler:
Comment removed.
).

Spoiler:
How I did it? I opened in mozzilla, clicked to view image, later i opened other smaller image of some devling, then i changed size of wose image by ctrl -, when it was only a bit bigger I did Screen Shot, opened it in Paint and saved as png, later I opened it and modified it in Gimp. In my opinion mozzilla scales images better than gimp lol...
This wose changed form got bigger afro lol...
http://units.wesnoth.org/1.10/pics/core ... ncient.png
http://forums.wesnoth.org/download/file.php?id=66710 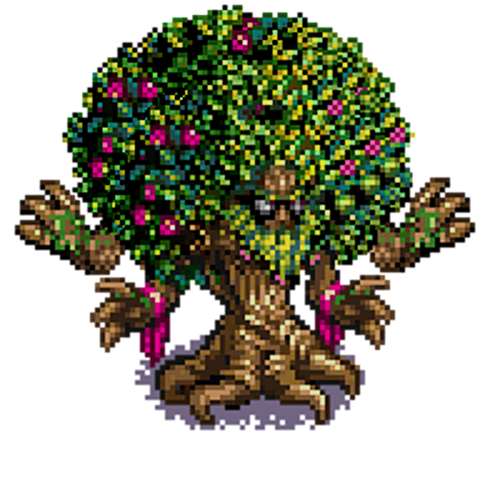