The last sprite appeared here because for the moment I got an idea to include Nightmares of Meloen faction to my campaign but then I understand that there is no need in it.

Recently I updated A Whim of Fate adding 2 more scenarios (for now there are 12 of them and I am going to add kinda 3 more). Here are simple frenkens that can shed a little light to what is going to happen after that.
Velendar being Silver Mage/Archmage going to take back into his hands a Dread Staff from Chapter I. He will lose ranged fire attacks but will gain a very powerful ability instead. 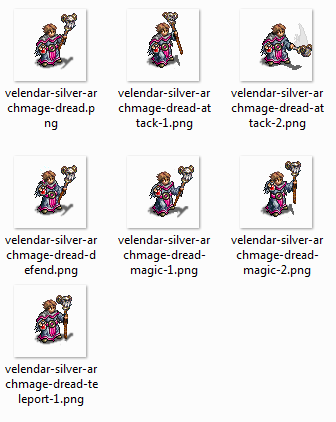 Nice, i like how you have incorporated the staff and head into the arch silver mage sprite!

Velendar is great
„I speak in Latin to God, Italian to Women, French to Men, and German to my Horse.

Here is the portrait for Velendar as a Silver Mage with the Dread Staff. Hope you will like it 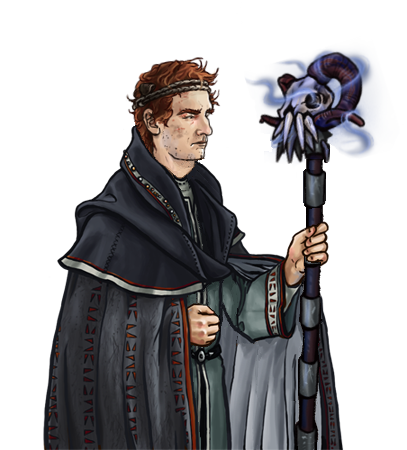 Today I am happy to show you a sprite of Solaevin's father. It's all about 'A Whim of Fate' campaign which is still to be finished. The campaign has 14 scenarios already and it took another half of the year to get how to end it. Problems with plotline, you know. Now I got how I will do it.

I am so glad with this sprite. A franken made of so much parts it is )))
This sprite made exclusively for a portrait which is drawn by z5x1 for their Silver Age project campaign. I found that this portrait is perfect to be a portrait for Solaevin's father. 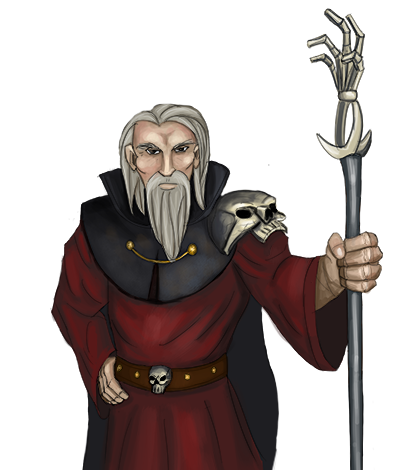 Nice sprite! I love the unique look for the sorcerer!
Creator of: The Reign of The Lords Era,The Gnats Franken Dungeon
Co-designer of the (not-wesnoth) space combat video game Planet Bounce.
Top

It's been quite a while since I left my last post here.
What I always wanted to do is to add animations for Gorandor as animations for Rider and Outrider appeared quite some time ago.
Unfortunately for Rider there were only defend animation added, but for Outrider we have luxurious melee attack animations.

Now, the system I use for my campaign is that a hero has the same head in it's sprites through the whole campaign even after he/she levels up or totally changes his class.
It is the way to distinguish that it is the same hero you played in the different chapters of the campaign. So you have to frankenstain the same head into different sprites for that.

It is 100% so for Velendar and Zaryal but for Gorandor is not that true because he starts in the first chapter as ordinary Elvish Fighter, and in second chapter he starts as Elvish Lord that can advance to Elvish High Lord so his heads change over time.

However in the third Chapter I used the same head of Elvish High Lord to frankenstain into Elvish Rider and Elvish Outrider to get mounted Gorandor. I think the result looks quite good. Of course so blatant frankenstaining is not something of art, but it perfectly serves my purpuses so I don't think it's a shame to show it. 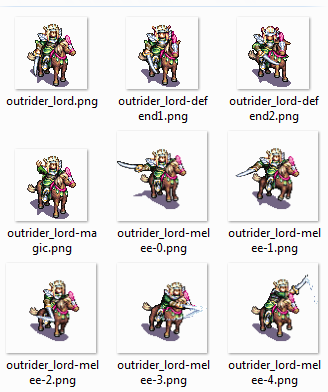 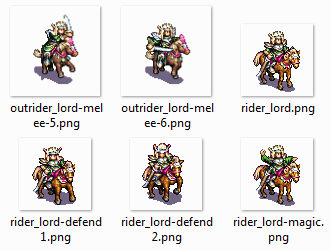