The base images for the falcon and elder falcon could use a little tweak..
Creator of "War of Legends" and "Hero of Irdya: Book I."
Former-Maintainer of Start of the War
Maintainer of Forward They Cried
User:Knyghtmare-:-Friend me on Facebook-:-Follow me on Twitter
Top

powershot wrote:Haven't read this discussion for the new faction but I get corrupted files If I try to load with the faction. What's up? It's seems to happen with geneticist on war of chaos era when I moved it to age of hero's or played with the era itself. Answers, anyone???

In short, any [unit_type] with a '-' in the id field will cause a 'invalid file' when you try to load a save game containing that unit.

In Khalifate, it's the Qatif-al-nar. In War of Chaos, it's several units that have a '-' in the id field.

A drake vs khalifate game on elensefar courtyard vs velensk. It seems a difficult matchup for the drakes still, hard to decide what to recruit.

Sorry if this has been bought up before, I have been playing a local game with Khalifate on version 1.9.6, and noticed that at level 3 they don't have any AMLA opportunities.

Edit: Sorry that was on the previous version prior to the 1.1 release, which I only downloaded after posting this. You can disregard this post.
Top

Another drake vs khalifate game, again going against the drakes, perhaps more to do with these particular drakes being blind, rather than drakes in general. I also played a dwarf vs khalifate game showing some nice ulf power but we had to save it, I'll edit it in when we finish.

One thing I was half wondering about was a -10% cold weakness for the arif, who's the main saurian counter. Hopefully it would emphasise the saurians a bit more and move the matchup more towards the chaotic-lawful which is more fun IMO. Given the general concensus is that khalifa have an advantage against UD, I don't think it should be much of a problem there. I haven't played enough games to decide whether this is needed for balance purposes but I think it could be considered.

EDIT: dwarf game attached and also another 2v2 with khalifa and dwarves also showing good ulf abilities (if not much else

About the higher level khalifate units:

Mudafi seems inferior to ghazi, first strike is worse than marksman and a slowing attack.

I've only had the briefest of glances so can't give feedback on playability yet. Couple of brief points on first impressions though:

I agree completely with earlier comments on the resistances seeming arbitrary. Why such innate weakness against impact? Why are the cavalry not susceptible to pierce? I understand the need to be innovative, but some continuity with the general dynamics of Wesnoth would be useful without having to check each units resistances on a regular basis. I imagine it's probably too late to start again from the 'norm', but could we at least veer back towards it where possible?

Also the names. I've nothing against the theme of the faction as stands, but I think that simpler unit names would help new players to familiarise themselves.
Compare, just for example:
Guardsman/Spearman/Saurian Skirmisher/Lundi
Drake fighter/Elvish fighter/Naga fighter/ Arif
Horseman/Griffon-Rider/Wolf-rider/Rami
Mage/Assassin/Drake Burner/Hakim

I know that there are always a few oddities (slurbow?) and that it won't take long for regular players to get used to the new names, but I see no reason not to keep things straightforward?
For example (off the top of my head, but it's a start):
Valor-guard
Falcon
Herbalist
Hillman
Heavy Cavalry
Fire-archer
Horse-archer

Edit... just noticed that the issue of names is being discusses in another thread. Sorry. Will repost there.
Top

@ Wintermute: Since it's planned, could you add the feral trait to falcons in the 1.9 add-on?
Also, two small typos: "Mace" and "Lance" weapon names should be "mace" and "lance".
One last thing: reading "Khalifate Human" under unit names feels somewhat odd. Could that be changed to read simply "Human"? (Personally, I wouldn't mind if their units weren't in a separate category in the help.)
Top

bloodymarx wrote:@ Wintermute: Since it's planned, could you add the feral trait to falcons in the 1.9 add-on?
Also, two small typos: "Mace" and "Lance" weapon names should be "mace" and "lance".
One last thing: reading "Khalifate Human" under unit names feels somewhat odd. Could that be changed to read simply "Human"? (Personally, I wouldn't mind if their units weren't in a separate category in the help.)

Aren't they supposed to be desert units? Just call them desert humans.

Sadly I have limited Internet access and a busy schedule right now.
the current changes didn't make it into 1.9.6, but I will update the addons when I can (next week? Two week maybe?)
"I just started playing this game a few days ago, and I already see some balance issues."
Top

I have a few .gz files to add as feedback. How do I post them here?
Top

I have a few .gz files to add as feedback. How do I post them here?

Add it as an attachment, and It's not a crazy question, it's just you didn't notice the answer:
My new account is: Power_Pixel_Wannabe. Yea. Yea.... Why are you still reading this? What the heck m8? You have some kind of problem? Yea. I draw. NO I'M NOT 5 ANYMORE!!! Little brats.
The heck m8? I thought you left... No seriously... go... serious...
ok bye m8. I'm serious.
Top

And to elaborate a bit on that, you need to use the full editor, so just hit the Post Reply button, then scroll down a tiny bit and press the Upload Attachment button. The rest is self-explanitory.

EDIT: Also, I have no idea if this has been reported yet: in the Arif's description, impenetrable is spelled incorrectly. 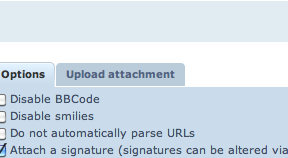 Creator of Ageless Era
Check out Frogatto & Friends, it's made by the same people who created The Battle for Wesnoth!
Top

Is this the final unit list or are other units in the works? They don't have much of a fantasy vibe to them, and it seems a bit of a shame to draw from the Middle East without tapping into their rich mythology (Genies, anybody?)

Well, actually they're really cool as is, but I think that would be even cooler.
Top

As they are, khalifate are just loyalists mark II. They are just humans, with crazy resistances. There's no middle eastern mythology in this at all. A middle east faction without it doesn't deserve to even be contemplated being in I think. Other creatures like fish people and trees are in, so this makes khalifate basically boring. Wesnoth is meant to be a 'fantasy turn based strategy game'. Where's the fantasy in khalifate?
Top
Locked
374 posts