>Deep Elves Tyr´Hai Rider has hash and numbers visible in a trample skill description
Intentional, see wesnoth issue of that number if interested.

>Destroyers Bone Golem's attack icons are black/empty.
You can let inferno8 know, it is that way in EoMa too.
Justice is what happens when someone with a sword kills someone without a sword.

My apologies, my pc DIED the last week... I could literally do nothing. That's why I disapeared for more than a week.
At least it is coming back really soon.

Could be possible to update in sunday and not earlier? I would like to do some adjustments to the new factions (stats adjustments, specials considerations, etc)
Creator of: Deathmatch new in 1.12 server.
Developer of: Empires in 1.12 server.
Try My winning Orocia Guide
Top

Sunday is possible, just after 03.07 I have little time.
Justice is what happens when someone with a sword kills someone without a sword.

Hello.
Just encountered some Ageless Sidhe sprites (from Ageless_Era\images\units\elves-sidhe) creeping into my The Tale of Vaniyera playthrough.
Example: 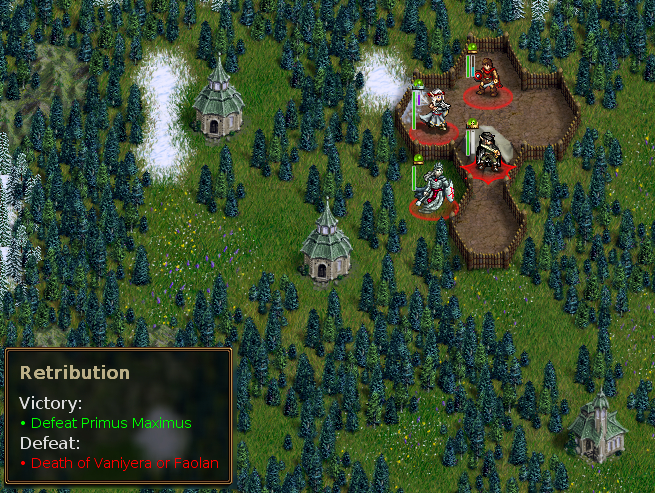 Is this a problem on Ageless' part, or should I report it to Imperial Era maintainer instead?
Top

That is one pointlessly huge image - and no units are even visible.

It is not really a problem, but if you think some images in IE look better, I can copy those to ageless (say which units/images in that case).
Justice is what happens when someone with a sword kills someone without a sword.

Around 500 lines of changes here. I'm too tired to add any aditional description in the wesnoth forums.
At least I had know most of the newer units before doing this...

Ravana wrote:That is one pointlessly huge image - and no units are even visible.

It is not really a problem, but if you think some images in IE look better, I can copy those to ageless (say which units/images in that case).

OK, cropped the image.
It seems there are two sets of Sidhe sprites in Ageless: one in 'elves-wild' folder, similar to its Imperial Era counterpart, and one in 'elves-sidhe', seemingly unused except for Hoarfroster line. I'm not sure which one is supposed to be used, but I personally prefer current Imperial sprites.
Top

I just realized that Arbiter's 2nd sword is arcane too... on all levels which is meant to be blade.ç
Apart, noticed as well that Hidden faces does have fearless in lv1 but not in lv2 or in lv3.

Also, considering that ageless is taking longer than expected to update, I will start working at fair pricements for RE units and viewing closely some stats in all the factions to have a better panoramic view.
Creator of: Deathmatch new in 1.12 server.
Developer of: Empires in 1.12 server.
Try My winning Orocia Guide
Top

Double posting just once. Preparing the first list of changes for 4.19.

Adjustments
(-) Factionless Rashy Avatar is now 32-3 instead of 50-2, a Lv4 unit that can spawn at last wave of Orocia which hurts itself by 10 whenever it lands a strike. Obviously dealing almost 100 damage by hurting itself by 30.
(=) Vilkai spirits fireballs adjusments (mostly to prevent them being OP in RPG/Orocian games)
(=) Archaic - Khtlons adjustmenst (stymphalian will have feeding, but lower base health, Teraxippon less movement but more health).
(+/-) Archaic - Ukians: Given 60% castle defense to many units that used to not have. Ranger has now more damage but less defenses and not that huge resistances. Armored dogs general nerf. Atack dog has rage(3) instead of berserk now, other adjustments.
(+) BEEM - Anakes: Some Lv2 units loses 10% pierce resistance when advancing to Lv3, but fiend is not the only one.
(-) EoMa - Dark Blood Aliance: General nerf of toads because they can remplace everything else...
(-) EoMa - Destroyers: general nightmares and advancements nerf. It's not intended that one unit spam can work.
(-) MERCS - Oracles: Srapshifter nerfs because is a too exagerated unit.
(+) EOS - Eltireans: Some buffes considering the impopularity of the faction.
(=) EOS - Thriththa: Adjustments to compensate some faction's issues. Crossbowmen have now at least 50% to hit when they atack (at the cost of some health and mele damage), other adjustments.
(+) Imperial - Cavernei: The sugestion of an healer for this faction considering the low variety of units the faction has.
(+/-) EOC - Sylvans: General adjustments to sylvans, but more nerfs than buffes. Preventing some overnerfs which were previously done. Healers more accesible from Lv2 and Lv3.
(+) EOC - Eventide: Few small buffes for now.
(+) EOC - Free Saurians: Few small buffes for now.
(+/-) EotF Brungars: General adjustments to undecited students and level ups.

Units
(-) Elvish boats faerie fire nerfs considering it as a naval adventage againist any faction without ships.
(-) Elyser Lord and level ups HP nerf consideirng he has leadership and ranged magical and 6 movement.

ageless 4.19a.txt
Might coment later the changes that are wanted to do by editing this, but also the sugested changelog is still here. Work imcomplete considering that I will get back my other pc.
(23.5 KiB) Downloaded 152 times

Now that my internship is finished, I have time.

I guess it would be suitable to release next(small!) version this weekend. I have kept people from Yokai for long enough.
Last edited by Ravana on August 1st, 2017, 6:50 pm, edited 1 time in total.
Reason: Timestamp to refer to this
Justice is what happens when someone with a sword kills someone without a sword.

Hello, is this the right place to ask for a balance change for a faction?
Top

When people show interest I can still work on this, but I would not be against someone else becoming main maintainer of ageless.
Justice is what happens when someone with a sword kills someone without a sword.

Hi! I am a big fan of Ageless Era. I want to ask you how can i add new factions to Ageless Era? I see there are many factions that are not present in Ageless Era.
Top
Post Reply
1918 posts