Solutions ranked (totally objectively) with the higher ones making more consistency/sense and the lower ones being less work/change.

1. Un-main-line UtBS. It makes little sense internally and no sense inside the rest of the wesnoth universe. The original author never intended it to be main-line.

2. This is not the world of irdya at all, but another world that can only be reached by crossing through a magical portal/realm like in delfador's memoirs. (Also explains there being two suns.) A group of elves, through their natural ties to the fae, arrived here thousands or tens of thousands of years ago and adapted. The quenoth elves are their descendants.

4. Set UtBS on the old continent, which is described as having many races, which also they tend to be more darkly complected (orcs, humans).

5. Have quenoth elves be a race of elves or elf-related creatures from the old continent (see point #4), that arrived on the great continent after the collapse.

6. Elves are naturally darkly complected and related to orcs (look at the ears). It is only the inner glow of magic/fae/life that makes them appear pale (they are actually luminous, emitting light not just reflecting it) but in a desert world stricken of magic/fae/life (and lacking sandworms) they appear only as they really are.

7. Magic is part of their biology, allowing them to use spells to radically alter their biology to conform to a new environment, which ordinary races (orcs, humans) cannot do.

8. Creationism. Some guy already created a whole sun that's lasted since before the collapse. Life is conjured from mud. The quenoth elves have a deity one character will not shut up about. A bit of Monsanto-level wizardry is probably not that odd when the story has already gone this far out.
Top

Cold Steel wrote:1. Un-main-line UtBS. It makes little sense internally and no sense inside the rest of the wesnoth universe. The original author never intended it to be main-line.

Considering that the author worked with other mainline developers maintaining it after it was added in version 1.1.2 (his last commit is after version 1.3.1), I’d be quite interested in links to posts backing this statement.
Author of the unofficial UtBS sequels Invasion from the Unknown and After the Storm.
Top

All I see in this latest argument over skin color, is a good argument for LordBob to post in Art Development. Humans changed color based on their environment (no matter how unlikely you think it was), so why not elves? There is really nothing worth arguing about here.
Campaigns: Dead Water,
The Founding of Borstep,
Secrets of the Ancients,
and WML Guide
Top

beetlenaut wrote:All I see in this latest argument over skin color, is a good argument for LordBob to post in Art Development. Humans changed color based on their environment (no matter how unlikely you think it was), so why not elves? There is really nothing worth arguing about here.

shadowm wrote: Considering that the author worked with other mainline developers maintaining it after it was added in version 1.1.2 (his last commit is after version 1.3.1), I’d be quite interested in links to posts backing this statement.

Well after carefully pouring over the UtBS thread, it looks like I completely hallucinated a conversation between Dave and quartex, in which the former convinces the latter that UtBS fits well enough into the wesnoth canon to be mainlined, even though quartex is a bit surprised at this, thinking his creation was more of an alternative history/future.

I should have rechecked what I thought I remembered seeing long ago before making such a statement. Apologies.

beetlenaut wrote:Humans changed color based on their environment (no matter how unlikely you think it was), so why not elves?

I think people were talking more about the time (number of generations) it takes for such a genetic/morphological change to happen.

Likelihood is irrelevant; it is all a matter of when, not if.
Top

If there has to be an explanation, I'd propose to play the "close ties to nature" card combined with the influence of the Fall. If it was ever described in-game (not that I say it should be, but I find it easier to explain my point this way

While the world was in balance, its ancient forests plentiful and pure, elven skin was fair and soft. Then the growing mortals' influence on the world and, eventually, the great cataclysm itself tainted the land, turning most of it into the sun-parched wastelands of today. Elves, having lost much of the innate powers that came from the bond with their woods, but not the bond with the nature itself, had their graceful appearances become subject to the elements just like humans'. Even more so, in fact, as the immense discharge of magical energies during the Fall greatly accelerated the changes in elven bodies, leaving them vulnerable to the influence of their new surroundings. As a result, in just a few generations their skin became dark and rugged, a fitting match for the blazing suns and harsh sands of Quenoth. While after some time their predisposition for change subsided, the new appearance of the elven race remains.


kurt751 wrote: I agree that not giving any explanation can often be the best solution, especially if the issue isn't important for the plot - but only if the issue has some apparent logic and the reader/spectator/player can easily think of a probable cause.

I guess this is my version of a probable cause. Can't say it was hard to think of.
[You read the signature and discover a link to this user's art workshop.]
Top

skeptical_troll wrote:That said, I still find preferable an explanation involving mixing with southern population of elves which were already dark-skinned, it's by far the most realistic and the one that requires less explanations.

Maybe we finally have to have dark elves.

Just to chime in my opinion, I'll be happy with this explanation (Another Elven race that is darker skinned that lives elsewhere, be it in caves or wherever).

I'm fine with the darker skinned elves, it does not bother me at all that the Quenoth are receiving this change. Sure, my personal tastes in terms of beauty do lean toward more toward fair or pale skin color, but there is nothing wrong with the current direction. It is nice to see some variety.

At any rate, this is an art thread, so I'll bow out and leave the experts to their work. Keep making amazing stuff!
Current Projects: [Sire's Scenarios] // [Red Winter Reborn - In Development]
Top

beetlenaut wrote:All I see in this latest argument over skin color, is a good argument for LordBob to post in Art Development. Humans changed color based on their environment (no matter how unlikely you think it was), so why not elves? There is really nothing worth arguing about here.

Agreed. Even if it is *just* the artist's choice, that should be enough for people to not comment on the skin color. Let's drop it
...please remember that "IT'S" ALWAYS MEANS "IT IS" and "ITS" IS WHAT YOU USE TO INDICATE POSSESSION BY "IT".--scott

So could we see some new art after this issue is now officially resolved?

Where is the thread for the sprites? I found the contrast for the bulls of the bull rider sprites far to low. Less contrast sprites do basically not fly for me.
Top

There is no thread for the sprites. They are being handled internally.
Creator of Shadows of Deception (for 1.12) and co-creator of the Era of Chaos (for 1.12/1.13).
SurvivalXtreme rocks!!!
What happens when you get scared half to death...twice?
Top

There is a thread for the new UtBS units though, so I don't see why you couldn't give sprite feedback there.
Campaigns: Dead Water,
The Founding of Borstep,
Secrets of the Ancients,
and WML Guide
Top

So, it's been a while again. There may not yet be much progress apparent compared to earlier studies, but I've finished sketching the fighter line and am starting on color now.

Also, small edits to Garak and Kaleh, mainly to remove their glowy eyes. 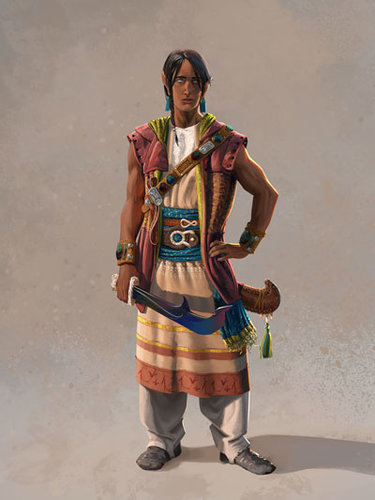 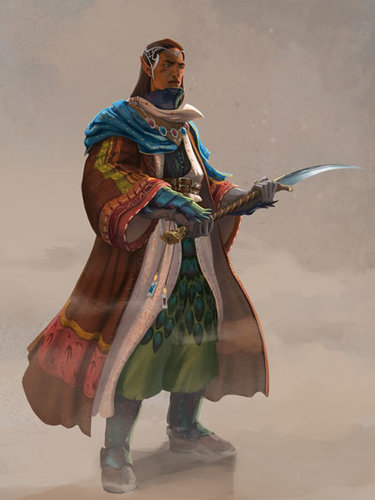 They look good, but given (AFAIK) those pictures will also appear cut out over the game screen during dialogue, what will happen to the fog/dust clouds on the middle picture?

Are you sure these are still sketches? I would prefer Kaleh in terms of perspective.

That Gareth viewpoint (somewhere below the belt, very close) is not really flying for me in game.

I would prefer the fighter line to follow more the perspective of Kaleh.

However there might be lots of reasons to use it, which I just do not comprehend.

Was there not a colored fighter line with less perspective allready?

Looking on the old sketches I would like to point out a sensitive issue. Maybe a spoiler tag should help?

Spoiler:
There might be a trap in painting the leaders a little bit more fair. I would suggest to avoid it.
Here a link about (healty) stuff what people do in real live to look more fair. http://www.wikihow.com/Get-Fair-Skin-Naturally
Top

Hello, I am a fan of all of your work (Lord bob)

Similarly i really like what you are doing with these new elves. My only note is that these elves are slightly 'untraditional'. I do not mean this in a bad way but i have noticed two things.

1st. The images are all standing which is not normal of wesnoth portraits, this is not traditional and it makes them higher then normal 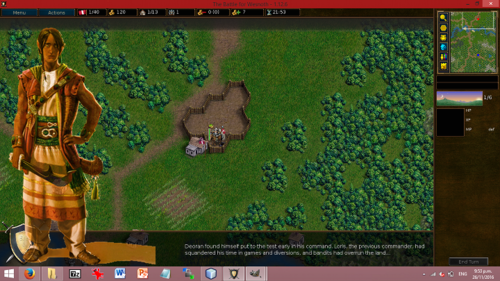 (note: this is obviously not scaled correctly, and i didn't do a good job removing the background so it is understandable that i am not a artist

, however my point is that it is standing rather than being cut at the waist like most units.)

2nd. These images are better quality than most of the portraits, these means that their style may not fit in with the normal art
Creator of: The Reign of The Lords Era,The Gnats Franken Dungeon
Co-designer of the (not-wesnoth) space combat video game Planet Bounce.
Top
Post Reply
265 posts