Conquest+ Space now includes special icons for starships, boats and aircraft, the mod now requires downloading to join in Multiplayer and this is indicated on map names and the help/objectives screens: 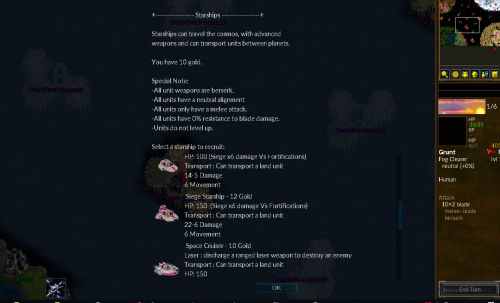 An update to Conquest+Space, new space type portraits added to various menus and boat and airplane images sharpened and in some cases replaced with better images: 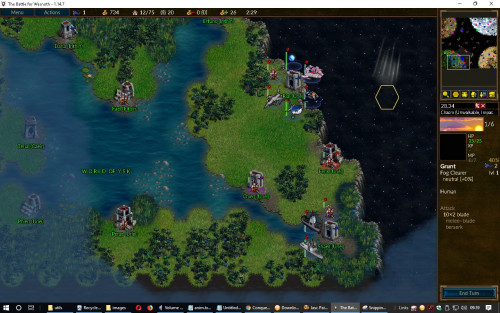 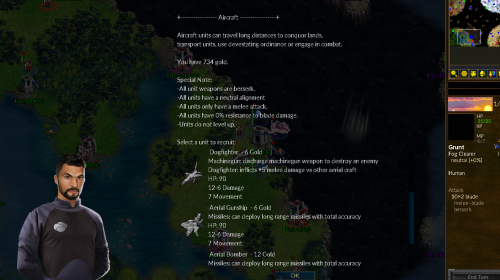 Update to Conq+ Space with further fixes to some new images however there is issue with transparency for some of these in Ubuntu, when I figure this out I will post an update. The mod is now set to prompt the user to download the mod in multiplayer lobby when joining a game, to enure they have the new images (otherwise these are shown as blank in-game)
Maintainer of Conquest (Original Gameplay), Conquest+, Conquest+ Space/Ranged, Chaoz Battle of the Wizards, Lazersquad (squad game), WesCraft (building MP game)
Top

Update to Conquest+ Space 3.10.4 updated all new images to avoid dithering in Ubuntu, also updated alien seige units, these all show as a kind of mech unit now with large claw-like arms, this is because the siege units in Space maps are melee only and not ranged as implied by earlier units which carried guns in the unit images. Users are now prompted to download the pack on attempting to join a game.
Last edited by Gwledig on July 28th, 2019, 9:30 pm, edited 1 time in total.
Maintainer of Conquest (Original Gameplay), Conquest+, Conquest+ Space/Ranged, Chaoz Battle of the Wizards, Lazersquad (squad game), WesCraft (building MP game)
Top

Some minor updates in Conquest (original gameplay) and Conquest+, including DATAURI images to show caravel/show boats even if the pack isn't isntalled, DATAURI doesn't require images supplied/downloaded, this only works in menu options at the moment but will hopefully work for all images eventually, if a player doesn't have conq/+ installed they will see the proper caravel/dhow in the menu but when recruited will see a plain boat (with the special unit stats/name of course). A few other tweaks, including clearer addon descriptions. I am hoping to have time to do other items mentioned in-game such as proper militia/spearman units for spawned miltia and militia shown using proper factions at spawn e.g. elves, dwarves soon, my priority at the moment however is to get conq+ space updated with better graphics.
Maintainer of Conquest (Original Gameplay), Conquest+, Conquest+ Space/Ranged, Chaoz Battle of the Wizards, Lazersquad (squad game), WesCraft (building MP game)
Top

Small updates to Conquest original and Conquest+ - the map Desert Empires superbonuses are reduced by half (from about 20+ per SB to around 8-12) on all versions, also the Fairie Islands map in the original pack had an issue with recruiting boats on the central island, this is now fixed (due to special pirate boats list used in + but copied over to original accidentally).
Maintainer of Conquest (Original Gameplay), Conquest+, Conquest+ Space/Ranged, Chaoz Battle of the Wizards, Lazersquad (squad game), WesCraft (building MP game)
Top

Conquest+ Space is updated 3.10.9 - has been updated with new graphics and unit icons some based on Galactic Empires and some original graphics I have done for the addon, see examples below. There have been a few small changes to unit characteristics, the cavalry type units (10 mv) are now proper mechanised units, I retained the alien style 'mech' units for Zygon and Eldor but Pioneer, Imperium and Chaoz use mech/W40k style units, e.g. a biker type unit for weaker 10mv and a walker type unit for harder ones, then a tank type unit for v hard 10mv unit, some of these no longer have transport and depending on the unit character has relevant weapon, e.g. pioneer uses a walker from ageless era with a rifle, others like the mech have bolter/missile - 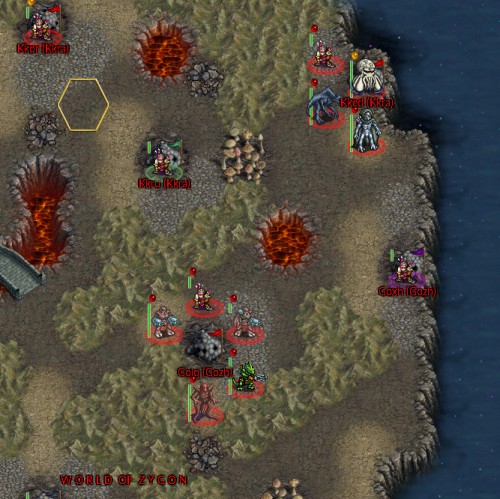 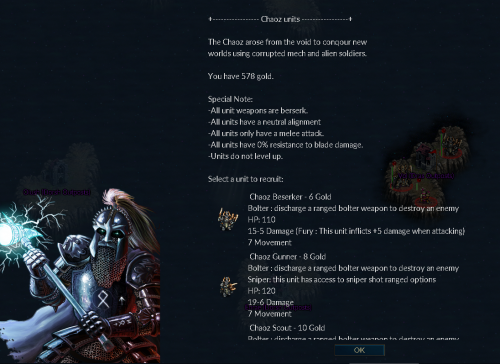 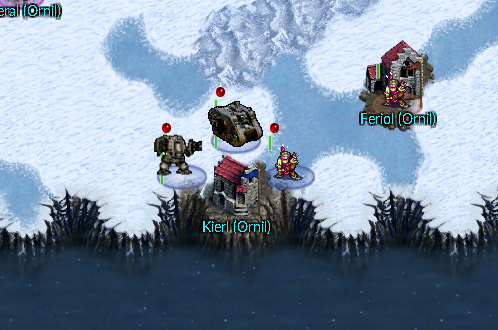 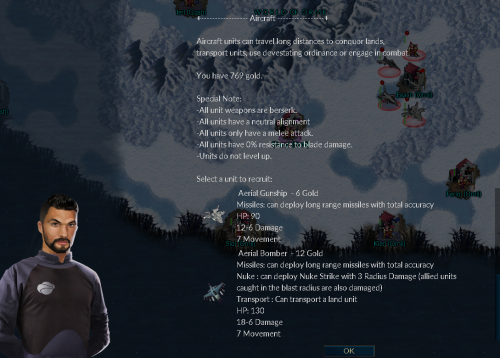 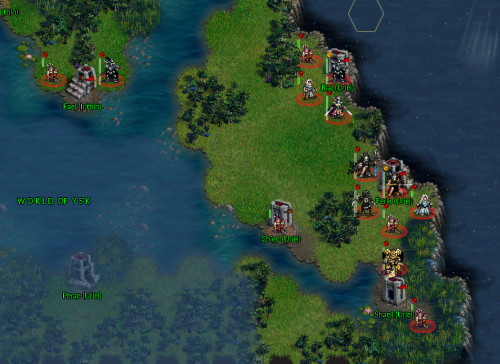 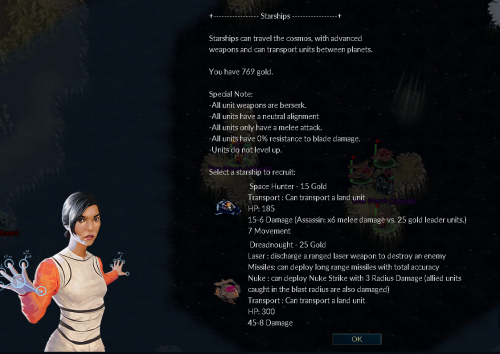 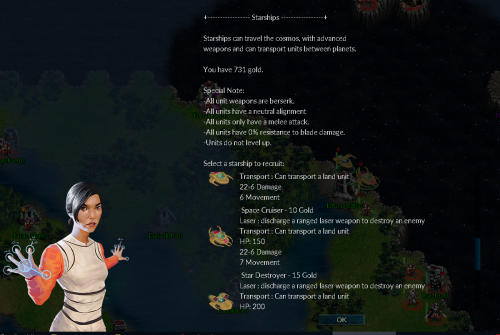 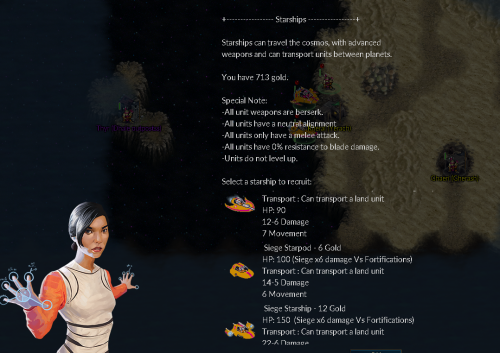 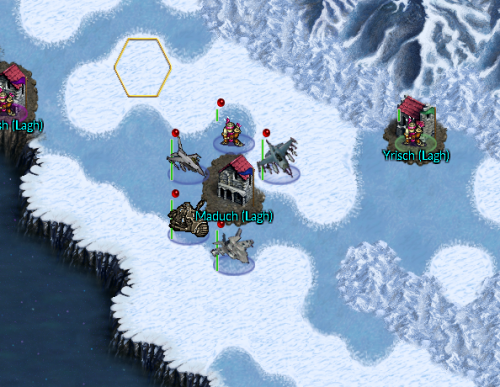 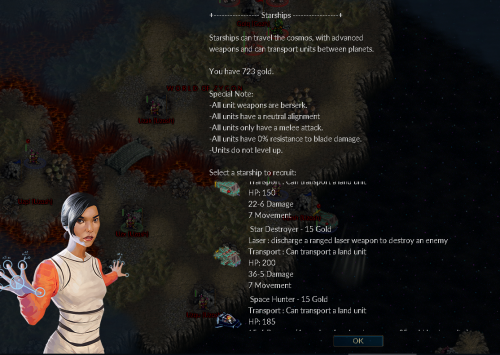 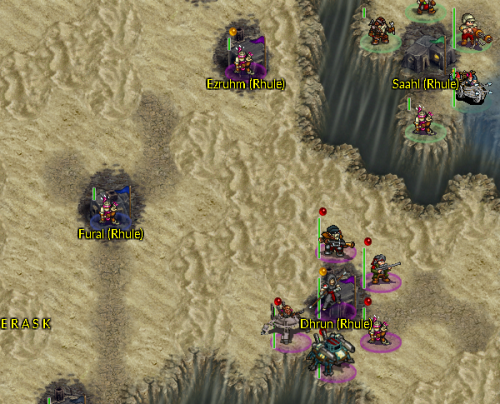 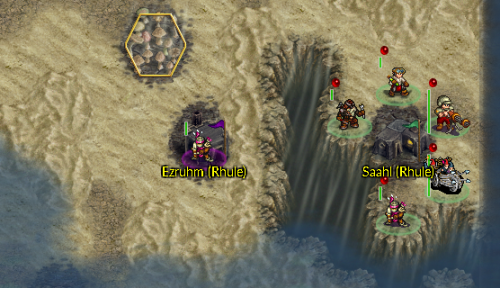 Conquest+ Space update - (3.11.0) fixed many race= settings so these are properly shown as monster for aliens or mechanical where these are mechs or similar, also to allow imperium inquisitor's anti-alien fear skill to work, also fixed download prompt (probably broken as I'd not updated dependency version number in scenarios) should be prompting to download if not have the latest version when players join.
Maintainer of Conquest (Original Gameplay), Conquest+, Conquest+ Space/Ranged, Chaoz Battle of the Wizards, Lazersquad (squad game), WesCraft (building MP game)
Top
Post Reply
127 posts