A mobile massacre on Sulla's Ruins.

I was loyalists (P2). Opponent was undead (P1). Upon discovering he was undead. Cavalry and Fencer spam ensured.
Admittedly, it was a poor assault up the right by him, and he had too many bats IMO, but it's a good watch nonetheless, especially for
-Shocking RNG abuse by me: +59 dealt, -14 taken at one point (around turn 5-6)
-Spartan Fencers: After he surrenders at turn 11, I decide to have some fun and give his leader a heroic final stand

-Some alright mobility leading to victory: Probably could've been better, but I thought it was pretty good nonetheless.

Also R.I.P the one unlucky fencer who died without having the chance to kamikaze

Oh and one spearman, who was recruited at the start.

I've got a nice replay of a BURS then, no hints (Look at the title

), just discover by yourself and enjoy.

pretty boring setup u might say. both of us were random and "d" did a standard recruit while i went for the TOTAL awesomeness (fencers/cavs). during turn 2 u will see a typical village grabbing with cavs and fencers and a very out-of-the-ordinary swamp move par excellence which only the very best of u will understand. 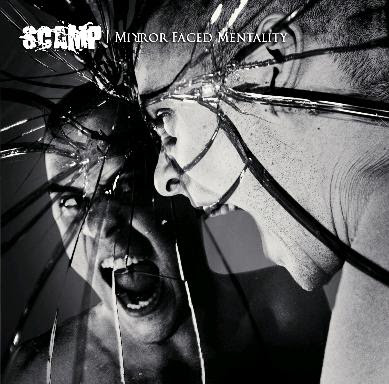 it started with some skirmishing but soon got bigger when i refused to let my stolen central village go. more troops poured in from all sides, and it became a meeting point for loyalists all around the wesnoth empire. some ctks have gone unused for both sides and then the drama couldnt have been any spectacular. in constantly using very low ctks with my sacrificial units, "d" grows more and more uncomfortable. he doesnt see how i can be dangerous to him, and then it happens.

for completion i think this insane match should not be missed under no circumstances, 2v2 burs extreme with pionsix as super good ally - thread found in the 2v2 section:

I once played a game where I used only orcish assasins

I lost but good that I was playing against a noob so I wasn't totally pwned.
Top

a long time ago i promised to put this one up, and a lot of time has passed since the first of april. bu a promise is a promise, and here goes:

Figure: the map some of u only heard about

when u figured out what exactely u want to do against a glider spam on this map, and imagine ur not lawful but chaotic like orcs, u let me. th4 had a great to abuse 6 mp leader that could recruit a lot earlier in the eastern forwarded keep and started with an attack. unexpectedly i faced a situation where i had to protect my leader from being killed by a lot of gliders and a few skirmishers (at the beginning. later it was just a bunch of gliders:D). i cannot tell u how easily i could have died during maybe 10 turns of the whole game and if th4 just recruited one more skirmisher during his assault and/or would have used the forward keep it would have been very over for me, im pretty sure. but he didnt and then there was this one moment where eeeeeeeeverything died.

anyways, what i like to say is that i loved this strategy that th4 showed me to be pretty deadly and would like to encourage u guys to trying it too, if u manage.

Hello, im kinda new at this (started playing 3 weeks ago) andi found this weird thing that i dont know if any one else has. Its with the new race (Khalifate). Theyre my favorite race (even though i only played with them 3 times before) and my favorite unit out of it (for some reason i dont know) is the Falcon. So last night when i was playing a game, i thought to my self "Wouldnt it be funny if i only spawned Falcon? from the very beginning to the bitter end?".

So after the game i started to make a plan/list on how i could with out being totally killed the first couple rounds. By the end i had this:
1.) Large map (to best use there speed and spread out the enemy so i could swarm them better)
2.) Lots of water and plains (sense Falcons get 60% on almost all terain and other races get normaly 40% on plains)
3.) Keep it a suprise (Element of suprise is always best)

Im currently doing this right now with a friend (Khalifate vs Drakes). I picked the map Cynsaun Battlefield. We are in deep into the game but he had to leave, so we saved what we got so far. I found out a two things i didnt plan on happening and what i learned:
1.) When a Falcon attacks, the unit it attacks doesnt get any xp (no 1xp for defending, no nothing.)
2.) They dont take away from your income AT ALL.
3.) It blows your enemies mind to see so many Falcons at once XD

Im doing very well and here is why (at least i think):
1.) When he kills a Falcon, it only gives him 4xp
2.) He doesn't get xp from me attacking him or him attacking me.
3.) My Falcons can level up with only two kills
4.) I can get behind any of his lines and attack. Still Blocking him from the front from moving froward.
5.) I can grab villages and hold it with a group of Falcons
6.) Falcons dont count against your income, so its possible to have 50+ gold income (whish is what i have right now)
7.) Falcons cost 10g so i can spawn 5 Falcons every turn
8.) I make more Falcons than he can kill. (around 1+ "birthrate" right now)
9.) If a Falcon is going to die (like 1 hp left) , its charge attack can do 12 attack with 60% terrain most of the time. Big chuck of his life gone.
10.) Falcons are pretty good at not getting hit.
11.) Your friend will you hate you alittle for doing this to him.

***Game hasn't been finished, but will post replay when we do***
Top

i won with only nagas and orcish archers vs the whole undead composition.

Here is a Hungarian Wesnoth Tournament qualifying match just happened this day: double random faction resulted in drake mirror... except that i used only this guy:

There was a moment when i was close to give up my brilliant strategy, but fortunately i overcame my fear and i didn't have to buy any augur in the end.

Just did a zombie horde vs AI drakes...does zombie horde count as BURS?
"The great thing about the internet is you can make up a quote and say someone famous said it"
-Abraham Lincoln
Top

It does. But you can defeat the AI with any recruit. I did defeat AI with all goblins vs skeleton spam.
Top

csarmi wrote:It does. But you can defeat the AI with any recruit. I did defeat AI with all goblins vs skeleton spam.

Because the B.U.R.S thread is close to sank to the third page, i must post a real delicacy: a double-BURS!
This happened long ago on the ladder between me and Semler on Hamlets, thus footie+ulf+bird met me in the "let's stuck with DA and ghost cos they're good"-period. A single ghoul has been bought, accidentally, however it had a key role in the outcome. Enjoy.