Great work on the map AI0867, I might be able to whip up a new version of it which wouldn't have any odd missing spots.

I'll send you a picture of a paper sketch I made while I was in croatia then. 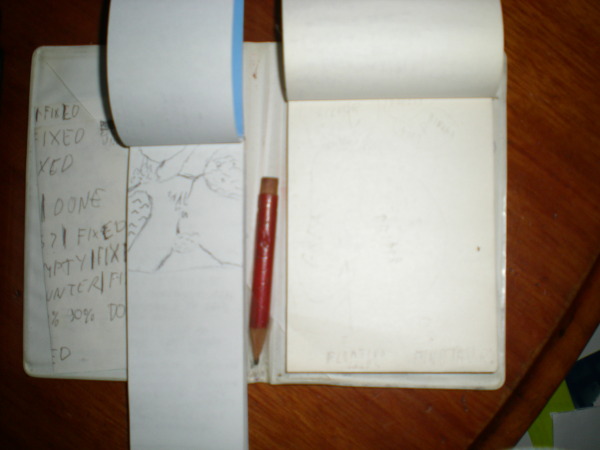 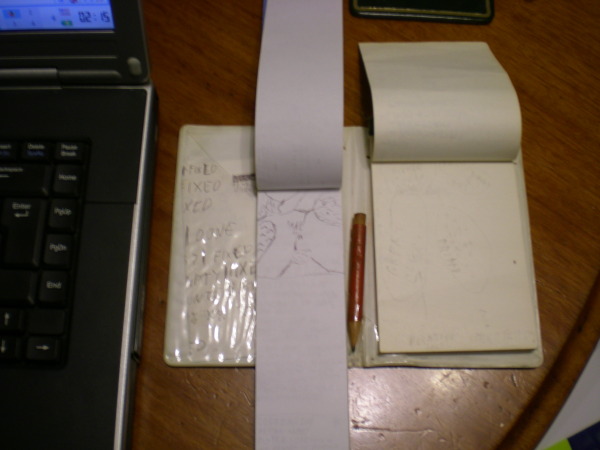 [/url]
Images are links to tinypic because the forum doesn't autoresize since the crash.

The new sketch works as follows:
-dark lines are rivers, flowing down from mountains/hills (of course)
-pointy things are hills, bigger pointy things are mountains
-the big wavy area to the west is the great desert
-unmarked area at north edge is the "northern forest"
-area in northeast is supposed to be a swamp
-stuff south of the triththa is a lake

This is still very variable, but should at least fill stuff in a bit. (rather than nothing but plains for an area the size of wesnoth)
Wesnoth UMC Dev
Stories of Tarlyn (on hold) - Era of Strife - The Dark Hordes
Top

As my other computer seems to be entirely missing its .mozilla folder, I have no backups whatsoever, so I'm going to have to rewrite from scratch.

(unless someone manages to find a copy in their cache.. I've already tried google and shadow master's)

So here is, again, the setting of EoS.

Geography: (map)
-The "Great Desert" lies to the east of wesnoth and practically impossible to cross
-The Northern Forest that is forbidden to all but elves
-"Silver Drake Mountain", also known as "Firecloud Peak", a high, forbidding mountain range that is nonetheless the easiest route past the Great Desert. Extends from the eastern hills of Kal Kartha. Has volcanic activity.
-The (still unnamed) hills of Triththa, the end of the great range spanning all the way from the eastern hills near wesnoth.
-The "Great Plains" stretch far and wide. (eh, what else to say about them?)
unmarked features: (look at the sketches I posted previously)
-rivers
-a swamp in the northeast
-a lake in the south

Timeline
"Long ago":
-Dwarves live throughout the entire mountain range from Kal Kartha to Triththa

"Arrival of drakes":
-The Silver Drakes arrive on the mountain range between the northern forest and the great desert. They soon drive off all others and to control the caves, enlist saurians, which become slaves afterwards.
-A large group of people live on the "floating isles", levitating cities, secluded in the clouds.
-The human cities of Noct and Diurna (and their outlying lands) are constantly fighting wars against each other.

"The time of Great Strife":
-A saurian slays her drake master, sparking a revolution which culminates in the Silver Drakes fleeing south.
-After a scout spots them, the Silver Drakes worm their way into the floating isles. The followers of Eltire, in accordance with the prophecy of their god, leave to find their promised land or carve it from the earth, scuttling the floating isles in their wake.
-An unspeakable cataclysm destroys both Noct and Diurna. The survivors band together as the Eventide, to take their revenge upon the world.

The Era of Strife:
-The now free saurians are in control of firecloud mountain, but most prefer a more humid environment, resulting in a mass exodus towards such places.
-The Eltireans landed on the eastern edge of the great desert in search of their promised land and are prepared to fight their way towards it.
-The Eventide are attempting to take their revenge on the world.
-The dwarves of Triththa suddenly see themselves threatened by multiple militaristic belligerents.
unclear:
-The minotaurs live in the southern plains, an area they aren't particularly interested in leaving.
-The silver drakes are probably somewhere

Factions
Eltireans: control the eastern edge of the desert and connecting plains
Eventide: control the northern plains
Free Saurians: control firecloud peak
Minotaurs: control the southern (southeastern) plains
Triththa: controls the hills and surrounding plains
others:
-The Northern Elves (important in their denial of the northern forest)
-Silver Drakes (still unknown if they're actually different from ordinary drakes, but they play a big role in history)

Notes:
-most of the geography comes from the wiki and the "map of the world" thread
-todo is very much a non-exhaustive list

Probably missing lots, but I'm going to back this up now.
Wesnoth UMC Dev
Stories of Tarlyn (on hold) - Era of Strife - The Dark Hordes
Top

Whaddaya mean rename the Minotaurs? Do you desire that they have a fancy name or something?

Also I am very interested in these "Silver Drakes"... Who are they?

Also we should give this continent a name...
Top

Few questions on the map.

Is it okay if I generally change the complete look of it, while still putting in the areas you've designated?

What are the white spots supposed to be?

And, should I name the cities and such, or will you do that? (though my text will look different than wesnoth's)
Mica says one who cheats, cheats himself.

Rename as in give them a faction name other than 'Minotaurs', their racial name. What do they call the place they live in, their nation? It's not required, (see the 'Drakes' faction) but it'll add more depth to them.

The "Silver Drakes" are the ones that forced the Eltireans off their floating isles, (ask elerias) it wasn't a big step to make these the same drakes that the saurians overthrew.

The setting is on the Great Continent, just east of wesnoth.


If by "changing the complete look of it" you mean changing the style, that's fine. My map is just a slightly more graphical version of a paper sketch. The white parts are simply parts I didn't draw, undefined, uncharted. You can basically fill in whatever you like, or leave them empty because whoever drew the map didn't know. (maps of wesnoth are usually drawn by wesnotians, who don't know much beyond its borders)

You can name the cities, but someone may want to rename some later on. A city can of course, be referred to with different names by different peoples, so that's not really an issue. (if you draw the map from the perspective of a dwarf of Triththa, you could give dwarvish names to everything that might completely mismatch the names the inhabitants use)
Wesnoth UMC Dev
Stories of Tarlyn (on hold) - Era of Strife - The Dark Hordes
Top

Thanks AI, I'll work on it more today.

By change the general look of it, I meant like, style, size, and just very different from your version.

And the outer edges (coastline stuff)
Mica says one who cheats, cheats himself.

East of Wesnoth? Darn it... I had something planned for the east for months...

Well... when does the Era of Strife take place? Because if it takes place before the era which UtBS and IFtU reside then I see little for me to worry...
Top

I specifically remember EoS supposed to be southwest of Wesnoth in a timeline parallel to HttT I believe.
Mica says one who cheats, cheats himself.

Mica wrote:I specifically remember EoS supposed to be southwest of Wesnoth in a timeline parallel to HttT I believe.

That was probably some off-hand speculation on my part.

Anyway, the arrival of drakes is quite a while before THoT, so that places before HttT. (AoD < 400 YW)
The time of "Great Strife" has to be (again) quite a while after AoD. (GS > AoD + 150) (putting no real constraint on the actual location in time)
The Era of Strife is a a period of time probably spanning between 50 and 150 years, starting at GS.

All in all, that's a pretty loose timeframe.

Anyway, what were your plans, Espreon? Maybe we can tie them in somehow.
Wesnoth UMC Dev
Stories of Tarlyn (on hold) - Era of Strife - The Dark Hordes
Top

AI wrote: Anyway, what were your plans, Espreon? Maybe we can tie them in somehow.

Well AI, I was gonna create a whole region known as the "Silver Lands"... It was gonna be a very chaotic region which is influenced by the elements... (If you are interested in my ideas I will further explain the region)
But as your map and organization of it looks better than my ideas; I suppose we could add the palaces to the region... The Elemental Monarchs lie in these palaces... The Elemental Monarchs are the embodiments of the elements themselves... There are five:

*Although ice is a form of water, the world of Wesnoth doesn't have to comply with the facts of the real world...
Top

If we're in the east of wesnoth, then the coastline is wrong and I'll have to restart the map. =l

Right now it's the hills that are giving me trouble. If you can turn them into a brush (something that would work much like a stamp) that doesn't focus on expanding in a certain direction (I.E like more hills go left than right). I would need it to be able to go right around mountains...

But yeah, it'll take me FOREVER because of the stupid hills. D:
Mica says one who cheats, cheats himself.

Okay, well here it is.

I'll probably explain later some stuff about it. AI needs to put in hills.

I thought the region in which the EoS takes place was east of Wesnoth... Because if that is so then the ocean is on the wrong side...
Top

It could be upside down.
vivantlingvaemortvae
Top
Post Reply
89 posts