Forum rules
Before posting critique in this forum, you must read the following thread:
Post Reply
114 posts

Take your time, I'm stuck on some code for Genesis II anyway.

Well, that being said, i have an inked sketch of a demon lord ready to be scanned. The other inked sketch is a forest spirit - i mentioned way back that i intended to draw one, and we did talk about seeing how well i draw fairies.
I also have three uninked sketches, including an alternate demon lord (even if the stormguarde and the harbinger use the same portraits, two versions are still required for story purposes), and a black demon/demoness.

On an unrelated note, it looks like only the male Helion's portrait was updated in the database. Yeah, i probably should stop nagging.
Top

If the Demon Lord (Harbinger/Stormguarde) doesn't look, well, demonic enough, it's because I had Elorran from AtS in mind when drawing him.
Spoiler:
Also considering how demon lords appear both as allies under Uriah's command and as brainwashed enemies, I don't think all of them having the same portrait would make sense.
I have an alternate version planned that looks more evil. Not so much for the two separate unit types, but rather to match their attirude towards the player in different scenarios.

The forest spirit isn't exactly the most indicative of how I would draw fairies, due to this particular unit's distinct lack of attire, and the fact that she's probably supposed to be more spirit-like than the other fairies. But that also means she's easier to draw, and besides, it's at least a female character that both looks human and doesn't look like she's trying to rip your spine out. 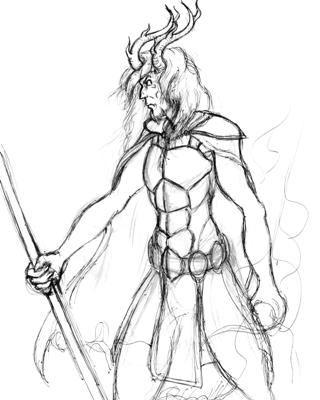 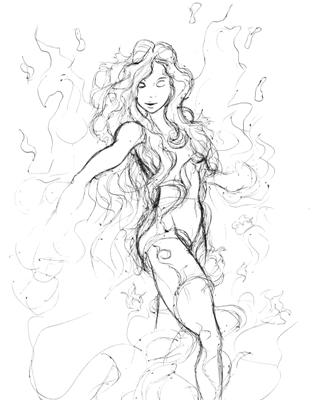 (But I do think the head is decent).

In the faerie spirit, I don't think it's the shoulder that's strange, it's the upper arm beneath it. It's bending in exactly the wrong direction (perhaps the bicep is in the wrong direction, if that's what it's supposed to be?), so the curve of the arm should be toward the body instead of away. Or, if you want it to look like she is holding her arm out like that, the shoulder needs to curve differently. Also, the thigh is a little thick in the middle, especially compared to the tiny calf below it (and that knee looks a bit odd, like there's no flesh around it and it's just bone - it's a little thin). Rest of the body looks pretty good though!

I think i see the problem with the demon lord. It's the weird perspective. I don't know how i did it, but apparently parts that are supposed to be closer are smaller while the parts that are farther are bigger. I can see why that's difficult to describe because it's pretty freakish and really messes with perception (it would however make for some dope surreal painting, so i'll keep that in mind

). On the plus side, this is actually easy to fix. As is the dislocated right leg.


Or, if you want it to look like she is holding her arm out like that, the shoulder needs to curve differently.

Well, yeah. That's what i said. I don't think the knee and the calf need fixing. This being a forest spirit and all, all the added foresty and spirit-y bits will end up obscuring that part anyway. I'm gonna fix that shoulder and tigh though.
Top

Ugh. Okay, so turns out, i ended up under a lot of stress due to work related issues to the point where it's affecting my performance. I'm gonna have to put the portraits aside for another couple of weeks.
Top

Okay, I'm back, and I have stuff to post.
So first off, here are a few corrections I made to existing portraits, namely the Red Demon, and the Female Dreamwalker and Dreamweaver. 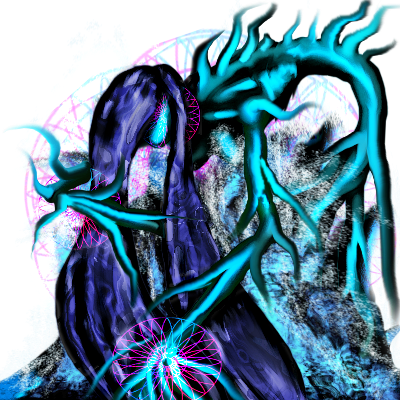 The hair now has the intended ripple effect like in the case of the male variant.
DreamweaverF.png (347.01 KiB) Viewed 7125 times 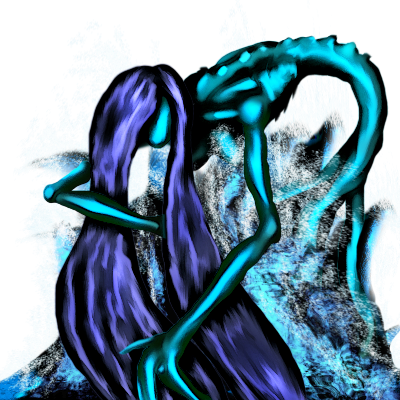 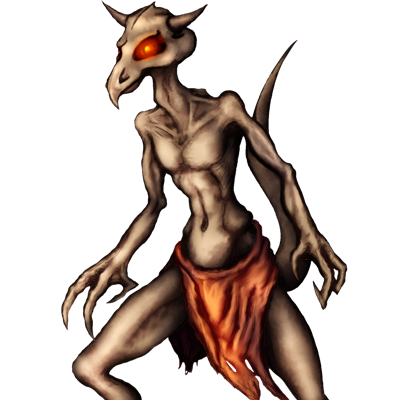 And here are the portraits for the Fire and Inferno Demon/Demoness. It occurred to me that there's a distinct difference in the flames, as before. Hm. Maybe the next correction will involve making them look more uniform or something.

I also experimented with new shading techniques, especially Lord Bob's metal shading tutorial. I think the lighting may be all over the place, and that might be yet another thing I'll need to fix. 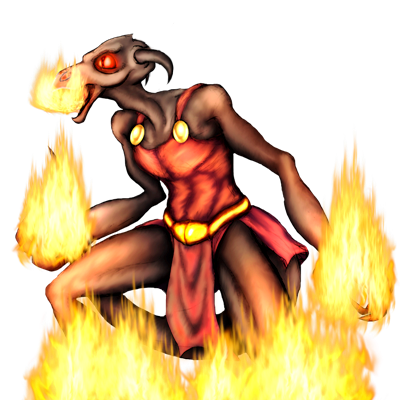 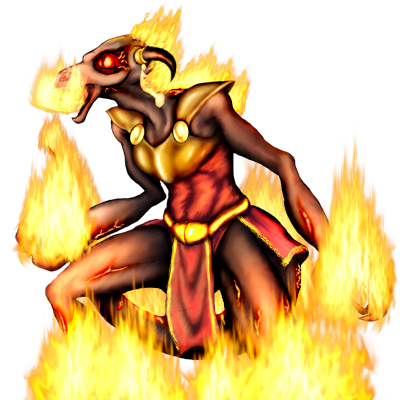 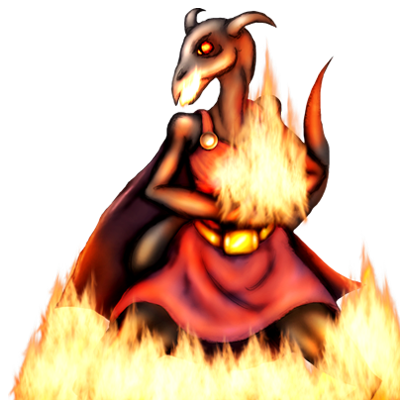 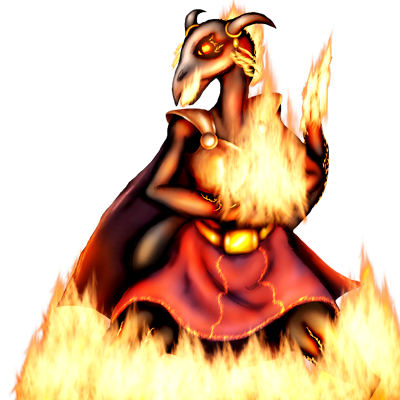 And finally, here are these two. I know the Shadow Demons have male and female variants, but as I said earlier, I don't think two portraits are necessary here. The reason why the shadow demon looks the way it does is because I tend to think of something very specific every time I hear "Shadow Demon". If you prefer something more spooky and ghost like, I could draw a new one and this could be used for something else.

Not much to say about the incubbus though. These guys have story dialogue, so I tried to put a lot more effort into them, and a lot of details were lost, partly due to the blue flames (there are wings under there, they're just not very obvious). I added both that and the black water the dreamwalkers had, plus a more solid and ornamental dreamcatcher, to signify whatever passes for a higher rank for dream demons. 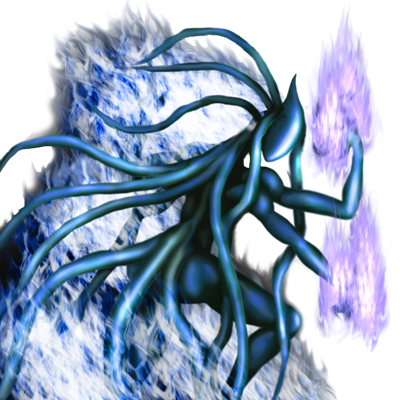 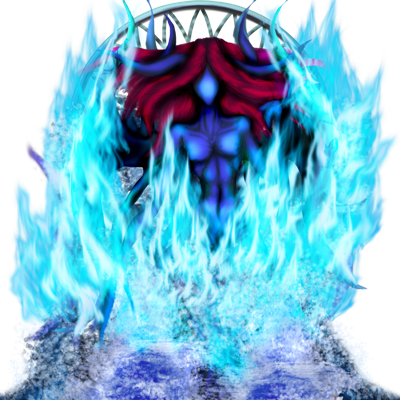 I'll put these in, thanks for the hard work.

Hi BTIsaac! I haven't been on the forum for a while and just noticed your portraits and am really impressed! They look awesome!!!!!!

They could be better. After doing this for 10 years I only now discovered the magic trick most photoshop pros rarely talk about (although Bob and Kitty's tutorials helped a lot), and my first experiments with it resulted in some pretty amazing things.
Top

Okay, so here are a couple of sketches I held off posting because I didn't want to upload too many stuff at the same time. These are the alternate Demon Lord portrait and the portraits for the Black Demon/Demoness. 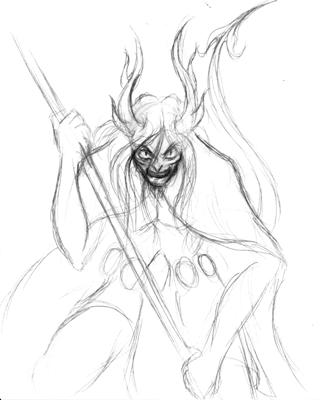 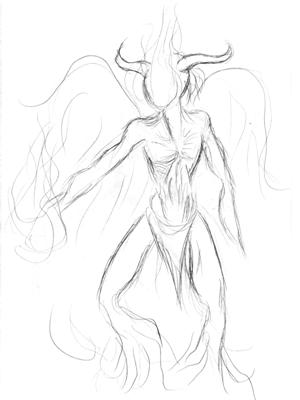 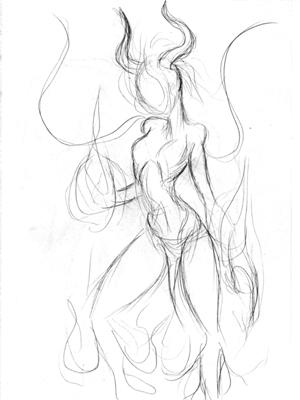 Okay so I haven't posted much lately. And I haven't really gotten much done either. I did finish the Forest Spirit and Black Demon portraits, using the new techniques and I AM (mostly) satisfied with the results. One of the two Demon Lord portraits is still in progress, I'll finish it last, hopefully there will be some update from Nemaara till then.

The two portraits below are for the Sprite and Fairy Shaman. I figured I give fairies longer and pointier ears and antenna-hair to make them more distinct from regular female elves. I think I'll also go with modified versions for the Fire Fairy and Forest Nymph and draw distinct ones for the Dryad, Guardian and Siren. 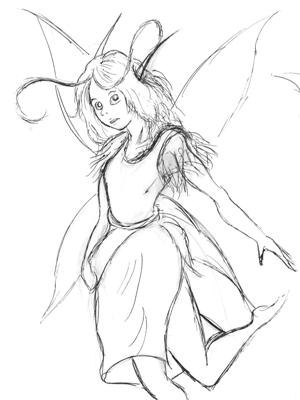 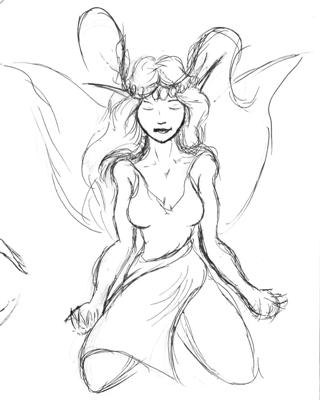 Not sure why this feels off

I think everything above the waist looks great - the lower part doesn't fit the upper part. Must be a perspective thing or something. Also, the rear of the thigh looks weird. The lines of the arm could also be a bit less straight.
Scottish Gaelic Translation of Wesnoth
Top
Post Reply
114 posts