All questions/issues/feedback for the iOS version of Wesnoth belong here.

singalen wrote: ↑
May 19th, 2018, 5:16 am
I'm not sure if I understand what you mean in the second one. That sounds like the way Wesnoth works. What is a "map overview"? Can you give an example from another game? Maybe it's something worth adding to mainline Wesnoth.

I mean that when you tap the map in the top right-hand corner of the screen, the display doesn't go to a map view. It just takes you to the area on the battlefield that corresponds to the part of the map you touched.
Previously (unless my memory is horribly wrong) tapping the map brought up a plan view of the whole battlefield with terrain detail and units marked as coloured dots.
I don't get that view any more.

And thanks again for your reply, and all your hard work.
Top

I think I get what you mean.
There exists no separate "map overview" view in Wesnoth, but there are several tiny buttons under that minimap (I know, the GUI is from the desktop version. I have a bold plan to completely redesign the GUI for mobiles, but don't have enough resources even for the more urgent matters).
Some of the buttons toggle the display of units/villages/terrains on the minimap, and one of them zooms the main view out to 50% normal scale.
Probably what you remember is one of these modes.
Top

Just wondering if there’s any news about the update for iPhone. I bought the game on iPhone recently but I kinda regret it now since the version compared to the other platforms is so behind and I don’t see any news about when the new version will come out.
Top

Bought the game today and the sound isn't working. Tried disabling and re-enabling sound in the preferences as well as a complete reinstall. IOS version is 11.3.1 and the hardware is iPad pro 2017. I'm thankful for any suggestions.
Top

Hi @spudd, welcome to the forums!

Can you please check out the in-game sound preferences? I have another report that the sound was disabled by default on new installations. I'll go ahead and register a bug in the Github tracker.
Top

Hi @singalen, thanks for the quick reply. I tried toggling sound switches in the in-game preferences (they are turned on by default) but it doesn't help, still no sound.
Top

That’s something new, need to investigate.
Thanks for reporting!
Top

So just download this and bought the port edition of Wesnoth. I used to play on android version which was PACKED with people (not as much since 2010) but a good crowd. I now only have IOS And and wondering a few things..
-How do I chat in a game? There seems to be no option on screen or in settings.
-Will IOS port be able to play with everyone else?
-Am I able to edit and make hotkeys?

I hope you guys keep up the great work. Very very few people on IOS port, which sucks. Is there a forum or a discord chat maybe that is easier to connect with people?
Game is Awsome an hope it will continue through the ages! Will be rating 5 stars on App Store.

PS. I noticed there is a HD version for iPad. Does that run same server as my IPhone 6?
Also someone else seems to be using your logo. Not sure if it matters. 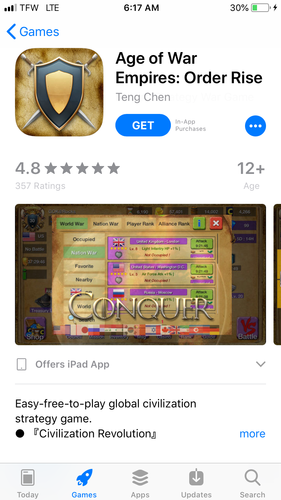 There are two iOS versions: iPhone and iPad.

Sorry, iPhone version is years behind the release. The small-screen interface was removed from Wesnoth years ago, and it hard to recreate.
It's the top priority, but it is taking longer than expected.

iPad version does follow the current release, so one can play with PC users version from an iPad version.

Bluetooth keyboard support for iOS is not implemented either. It''s hard (if possible at all) to use it without using standard iOS input controls.
Top

Thanks for the quick reply back.

So the current version are you able to chat while in a match? I have use new interface selected and I don’t see if that’s available? And is there a forum to or something to make it easier to connect with other players atm?
Top

You should be able in iPad version.
In iPhone version, not sure. It's ancient, and the latest iOS-specific changes in it were lost.
Top

Ah I see. Ashame. I read you guys don’t have an eta, which sucks. I hope you guys are able to release updated version soon
Top

Is there a way to access and edit the WML of add-ons on my iPhone?
Top

I'm afraid no, you cannot edit WML on iPhone/iPad.
Top

Hi, I’m hoping you can help me. I’m currently playing legend of the invincibles on my old iPad 2, wesnoth version 1.14.4. The problem I’m having , is that on bigger screens such as “journey south”, the game crashes constantly. Every other turn. Nothing I have changed in preferences makes any difference. I also uninstalled the app, re-installed, and the only add on I currently have is LotI. The game simply exits and returns to the iPad home screen, no error message.
Any idea on how to prevent the crashes? I am not any kind of programmer, just a casual gamer. Thanks!
Top
Post Reply
124 posts