I like all of those, but I think she should probably retain the staff. The red mage's impact weapon is their staff, after all? B and D seem perhaps overly elaborate, but I like the idea of pants. You could still add the staff slung across her back to C, right? Not sure whether I prefer her to be holding a book or a lantern...
Author of The Black Cross of Aleron campaign and Default++ era.
Maintainer of Steelhive.
Top

Ah, lantern is misleading. Think of it as a fire cristal thing, whatever magical contraption she's relying on to support her powers instead of the staff.
But, if the staff stays she doesn't absolutely need it. The whole point of this accessory is really to give a mage touch to C as it's otherwise a mundane traveling scholar
Want to see more of my art ? Visit my portfolio !
Top

Please keep in mind that I am always voicing suggestions. If I do not know what is not posted, than it is not my fault. So if you think that these are demands, please think again and consider the possibility that these are merely suggestions.

I would recommend Elyssa in 3 versions. Maybe the red mage with trousers and book and red cape. (like D with book) Next the Great Mage with skirt and pretty cape (like B with staff in hand) and Silver Mage with skirt and grayish cape (like A with staff in hand). I would suggest to keep it simple, but to do it. Lantern does not cut it for me since she made her first appearance in the desert at daytime.

I am not sure how much of the skirt/trouser stuff will be in the regular 400x400 cut anyway. Elyssa is a very popular character of the campaign like Gronk is too. Basically your favored damage dealers. A reason to save load. You can of course get them killed and play without them. But nobody does. Maybe they should get more lines?

Since you guys entertaining a 1.14 deadline: If I remember correctly, art may be replaced in a stable version once it is already in it. So that would lead to the conclusion to put something in (even a simple recolored version (Elyssa), a generic portrait (troll) or an other character's portrait like Burin) to be able to replace it later for a stable update (1.14.X). Otherwise it will take another 5 years until something makes it again in a stable version (1.16).

Yep, I am suggesting that the master should game the system!
Top

It's not important, but if I had to choose I'd rather retain the staff than not.

As for variants, pretty much the only reason anyone would suggest it in the first place is because the very original portraits included a recolored Silver Mage variant. Without that, there wouldn't be any more reason to give her variants based on the chosen advancement option than for almost any other character (which we understandably don't generally do unless, as LordBob said, the character undergoes a significant change).
Top

I'm also now in favor of retaining the staff.
Creator of Shadows of Deception (for 1.12) and co-creator of the Era of Chaos (for 1.12/1.13).
SurvivalXtreme rocks!!!
What happens when you get scared half to death...twice?
Top

I prefer the staff as well simply because it works better with the whole wandering mage theme she has going on.
Author of the unofficial UtBS sequels Invasion from the Unknown and After the Storm (now available for Wesnoth 1.14.x and 1.15.4+).
Top

Alright, staff it is, then ! And the book too, that makes one less item to draw again.

In the meantime I've done the line and base color for merfolk diviner Melusand. 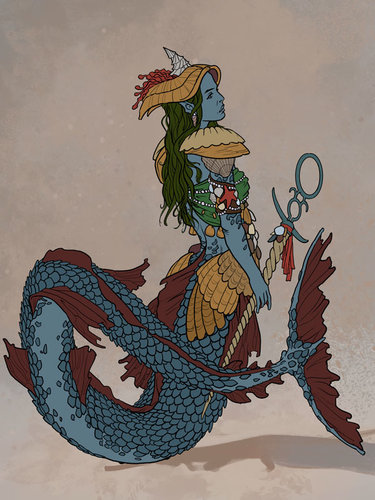 Wasn't that lady some kind of ruler? Would be nice if the picture convays age and wisdom and determination. This one appears more like an oracle to me.

But as always, what ever you decide is best.
Top

Aging her could be a thing, with marks on her face and skin. I don't know about her characterization in the campaign though, so I'll leave that choice up to the powers that be. 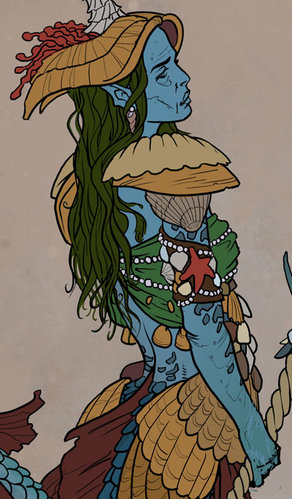 She's a high priestess of sorts, so she shouldn't look particularly young, but she doesn't necessarily need to look ancient, either. The revised version seems good to me.
Top

doofus-01 wrote: ↑April 23rd, 2018, 3:47 amI also get a strange feeling, I think it has to do with how much tension is in her face. It is hard to explain, so this GIF, whatever its merits, is better than whatever verbiage I could come up with.

Hmm... I don't entirely understand what you mean? Do you mean that the lighting casts shadows making Nym s face look to tense?
Creator of: The Reign of The Lords Era,The Gnats Franken Dungeon
Co-designer of the (not-wesnoth) space combat video game Planet Bounce.
Top

The pose looks passiv to me. For me it does not look like she is ruling or leading. The posture looks like dreaming, divining or down or defeated. It looks passive to me. I would perceive the character active. I recommend to look at some videos of Maggy Thatcher to get the idea of a lady in charge. Or just look at Captain Janeway in Enterprise. Youtube helps a lot. Look it up yourself.

Please understand that not all people have to share the same opinion.

What, should I draw her sitting with a cup of tea ?

In all seriousness, feel free to come up with a more precise proposition as to what changes you would suggest. I have one last portrait due by tomorrow, I'm not starting this one over.

And for the record, Margaret Thatcher was well into her fifties when she became prime minister so age does help :p 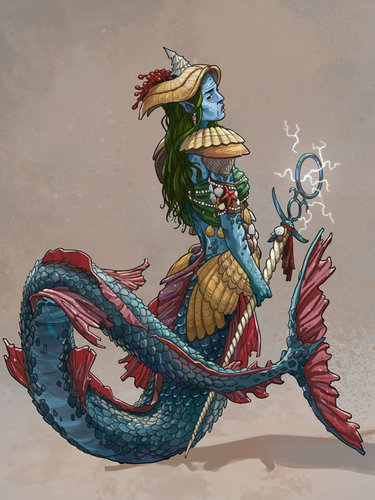 Thanks ! Last round of this commission, a tentative finished Elyssa. I'll probably tweak her face in the morning.

Also, to meet popular demand and because I've always wanted to paint one of these myself, bonus naga ! 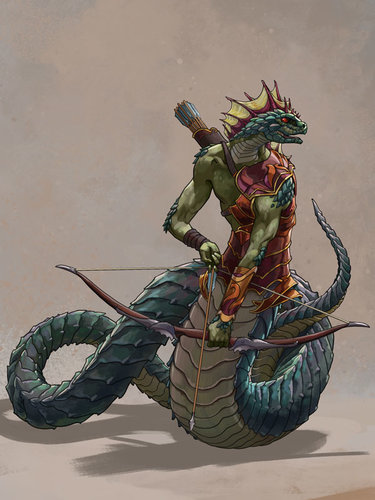 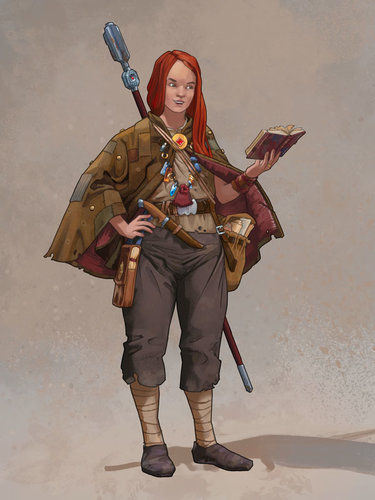