@Cart84: Interesting. I just lacked the first two ingredients of your three...
I have a cunning plan.
Top

Dugi, I want to report some things that occured when I play:

1.In scenario The Ruins of The Lost Empire, when I move my unit to the valley that the purple elves reside, I get some elves units, but the shroud doesn't updated so the elves sorcerer and marksman still covered by shroud and killed by the orcs, at least I wanted them to not die too early.
3.In scenario Escape From Oblivion, I manage to advance Lethalia to Elvish Seer, so I fly her across the lava chasm to the fortifications, but the event when Connor and the others came didn't trigger, so it was possible to kill Plutonius without fighting the undead because he only recruits when the event is triggered.
4.In scenario The Army of Darkness, side 6 leader is missing.

Last but not least, is it intended that ally drop item when killed?
Only hope and faith can save us.
Top

I know there are now wiki pages for unit advancements and abilities, but I didn't find one for the redeem options. I think that would be nice to have.


EDIT: What I'm missing:
- damage type
- specials that come with the first installment
- AoE (not sure if the same as above)

@ZIM
I have fixed the three issues. Where do defeated ally leaders drop items?

#Slaying Argan in An Old Friend
Pro tip: Use deathaura, he will not flee when it affects him.
I named your units.
Top

entropy was really usefull in the beginning of the 7th chapter- fighting with corrupted enemies. With some arcane penetration (you can get a lot of it from items), and probably Staff of Aimucasur and ring of unhertly existence, she could be really terrible enemy.

I have now ancient lich (trait highlander) with five weapons- five marrowrend=100% impact penetration, and with exile legacy. He hits 20-14 (on meele attack), thought he doesnt seem so strong to me, yet. I want to make him a hero, who could fight on his own with demons. But still I am not sure, if it was worth 5 black pearls...
Top

Dugi wrote:#Slaying Argan in An Old Friend
Pro tip: Use deathaura, he will not flee when it affects him.

If I would have had the gems to craft that one item giving deathaura(10), would he lose 2 points per round, or would he stay rested and lose 0 points?

How do you equip five weapons?
I have a cunning plan.
Top

nuorc wrote:If I would have had the gems to craft that one item giving deathaura(10), would he lose 2 points per round, or would he stay rested and lose 0 points?

Abilities like that tend to ignore resistances. There is also a ring that gives deathaura(13).

Get an Exterminator. Give him knives, a dagger and a polearm that are not very offensive, but good in something else (giving some abilities or defensive properties). Give him a Tome of Liches and have him gain the necromancy ability. Have him die, becoming a Lich. Give him a staff and a spiritual essence. Voilà... a Lich with five weapons.
I named your units.
Top

When I played yesterday, in scenario Army of Darkness, the mermen leader drops item when killed by the undead.

I want to ask something, why there are no other snow elven except for Snow Hunter?
And, why there is a blood rain in a cave?
Last edited by ZIM on May 29th, 2016, 11:49 am, edited 2 times in total.
Only hope and faith can save us.
Top

To Argan:
I use Hell Warlords armor (giving strike attack to everyone nearby) and strong hammer for dwarf hero.
Death aura- well Argan has regenration +8 I think, together with not moving, he should heal 10hp per turn, doesnt he?

I made my lich form a mage:
He was a mage of light=mace,staff
paladin=spear+sword
Lich=otheworldy essence.

If you make him lich king, he can carry axe too.

For example it is really good if give your spearmen Eviscreation spear, and then make a swordman out of him, or when I create undead units, I make them from zombies (they carry spiritual essence- I ussually give them Murderlust)
Top

Does anyone have any tips for An Army is Born, the one in which you start with Lethalia and a ghost and need to kill 50 orcs? I don't have whirlwind on Lethalia and the AoE from faerie fire only counts for one kill even if she kills multiple. Also no enemies attack Lethalia so no kills on counter attack and the enemies all go straight towards my minions and wipe them up. I usually manage to have about 7 guys before the main enemy force arrives. I've tried various mix ups for my first set of guys but have found 3 skeletons, 2 skeletons archers, 2 ghosts work get me the furthest at an avg of 8 kills short at the end of 14 turns. I try to hold the enemies at one of the rivers. I know how to change the time cap on the level but feel that I must be missing something since I find it so difficult so would rather figure it out.

I did realize that I hadn't updated since sometime in mid 2015 while typing this up so if there have been changes to the stage I haven't played with them yet. I'll have to check on that.
Top

Undress Lethalia, make her as week as possible, so enemy will suicide on her ring of unheartly existence, could be good, and things lowering your damage too...
Top

@MelficeBelmont: Don't really know what I could tell you, for me it probably came down to luck, helpful gear and two turns more time; anyway:

ZIM wrote:I want to ask something, why there are no other snow elven except for Snow Hunter?

No. I did not have the resources nor feel a need to design a whole faction.

ZIM wrote:And, why there is a blood rain in a cave?

ZIM wrote:When I played yesterday, in scenario Army of Darkness, the mermen leader drops item when killed by the undead.

Can you give me a save file where it can be seen? 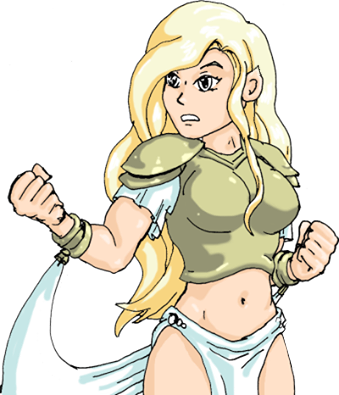