Forum rules
Before reporting issues in this section, you must read the following topic:
Post Reply
8 posts • Page 1 of 1

I just started BfW, opened the last saved game, wanted to quickly check the statistics and was in for a surprise: I dealt +149399900% damage!

First time I see this, probably won't hurt much/go away again, just wanted to show you. 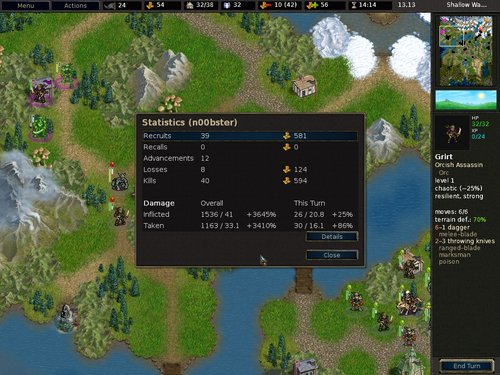 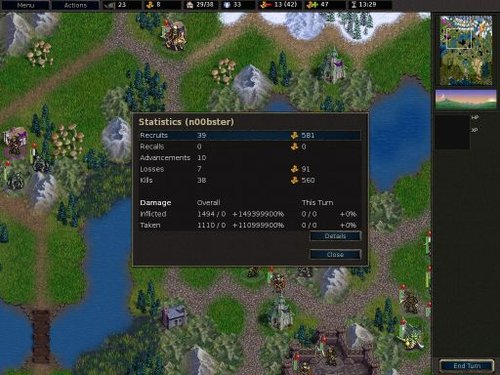 FYI, this is a known bug that has been around a long time.

Kymille wrote:FYI, this is a known bug that has been around a long time.

Neither did I do excessive save/reloading (after a night's rest I loaded once), nor do I think that the described effects are the same. The text you have linked talks about adding up damage.

I can't see damage being added up, but doesn't it look like the right equations being given the wrong numbers?
I have a cunning plan.
Top

Maybe it would be a good idea to add your description, along with screenshots and saves, to the bug? (I have also encountered this and the error was much to be to be caused by some incremental adding up…)
Top

ozean wrote:Maybe it would be a good idea to add your description, along with screenshots and saves, to the bug?


ozean wrote:(I have also encountered this and the error was much to be to be caused by some incremental adding up…)

Again, I don't know what you mean, but that could very well be due to my mathematical/technical/English ignorance ("incremental"?).

I killed 2 units between those two screenshots and hurt some more, I guess dealing 41 damage sounds reasonable for that. Am I the only one who suspects there's just the wrong numbers in the equations?

The bug seems to take effect between turns 19 and 20, so I attach the saves and screenshots. When I finish this game I'll also upload the replay.

For the gobo fans: the Impaler is history... 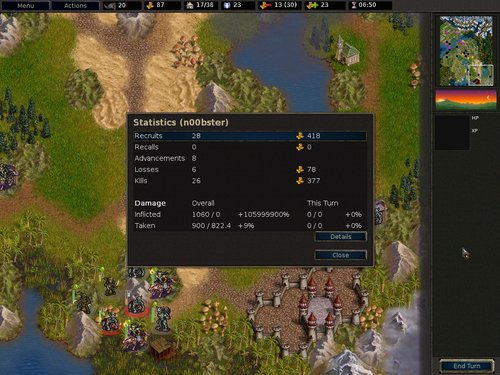 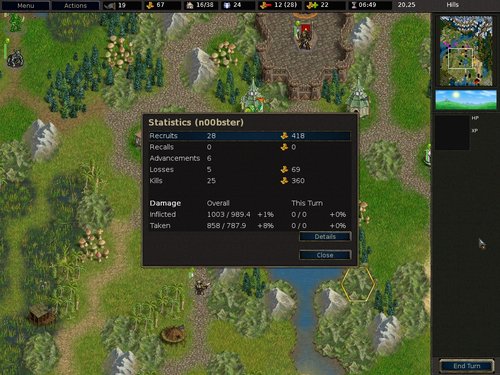 ozean wrote:Maybe it would be a good idea to add your description, along with screenshots and saves, to the bug?

That you add the description that you posted here to the “official” bug report. Developers need detailed bug reports that are posted using the bug reporting system of the developers - in this case gna. Posting on web forums to discuss the bug is a good idea too, because it helps to see if this is actually a bug and maybe find others who are affected. To get the bug fixed, however, an official bug report is also needed, at least most of the time.

You need to create a login for this site, then you can add your information to the bug report.

Hope this was a bit clearer, sorry for the cryptic style in my other post!
Top

You need to create a login for this site, then you can add your information to the bug report.

This is not correct. Our setup also allows reporting and commenting on bugs for anonymous users. Though it is highly recommended to register since this way two things are easily possible:
1) We see if the same user is providing some update (like "works now for me!").
2) The user will get a notification if there was a comment in the report, eg asking to test if the fix works or a question asking for some more specific information which is required to narrow down the issue.
Top

So RL lets me finish the game and upload the replay...

I'm a little lost with this forum. I thought this is where the tech savvy people are, yet I get no feedback about what those numbers are and I'm told to go to another website...

I'm attaching some files from another game; I believe I went back to the beginning of the turn 2 or 3 times and the bug struck again. So no massive reloading...

btw: In the first game I posted, I believe I levelled any wolve I brought on early enough and lost none. Please don't nerf the bats. 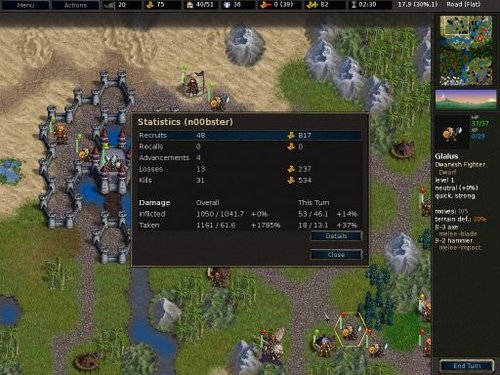