hmm, i'll change the direction of the chest-belt daggers, but i don't understand what the problem with the arm ones is - could you elaborate how the should be positioned to make more sense? if i flipped them point dowm like you say, they would fall out of their sheathes or need a clasp which would make drawing them slow, too.

Apologies kitty, I did not mean to be unclear.

For the knives on his right arm, he would be using his left hand to draw them out. If you reach across to pull something out on your right arm that must be drawn from the top, you have to pull back towards your shoulder and potentially even block your sight as your arm might go in front of your face (which I would think might be bad given his occupation).

You could actually flip the sheathes upside down and the knife would not fall out, if the sheathes were a bit longer and only a bit of the knife was sticking out (say the first hole and half of the long hole that follows it). The pressure from the tight sheath is then snug enough that the knife will not fall out, especially since most of the knife is inside the pocket. This is also believable, as more experienced knife throwers can throw by only squeezing the bottom of the grip, which is what little would be sticking out if you did it this way.

Alternatively, you could make it so that the knives are on an almost horizontal plane, so that he could reach across and then pull them out quickly to the front. This may seem a bit weird as the knives will extend past the width of the arm and the weight may then sit awkwardly, but it would make sense as far as easier access.
Mainline Maintainer: AOI, DM, NR, TB and THoT.
UMC Maintainer: Forward They Cried, A Few Logs, A Few More Logs, Start of the War, and Battle Against Time
Top

i turned the knives on his chest belt on turuk's advise. but i decided to keep the ones on his arm, because of turuk's explanation that i would have had to elongate the sheathes if i had turned the knives. if i had done this they wouldn't be immediately be readable as knives anymore but as just a further pouch.

thus he is finished as far as i am concerned - or does anybody spot a serious problem? 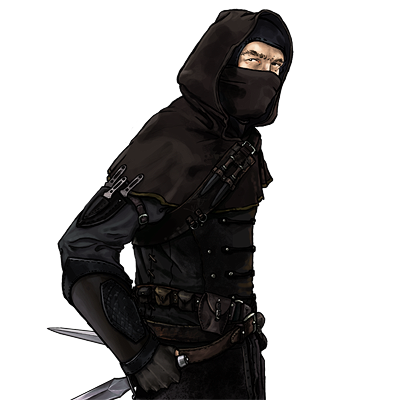 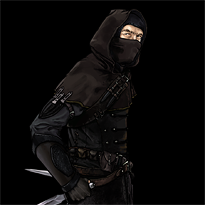 looks super great especially with dark background!
I don't wan't to meet this guy at night

I don't see any problems with an elf-woman hitting somebody with a mace...
Top

Absolutely wonderful work. Once again, it's exactly the look I'd hoped these units would be given. Marvelous.
Play Frogatto & Friends - a finished, open-source adventure game!
Top

i finally had time to start another outlaw, the poacher/trapper.
lines and flats: 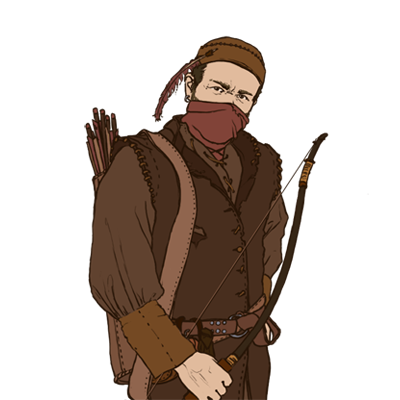 His shoulders feel kinda big though, compared to his head. Though that could be due to the puffy sleeves.
http://thespaceinvader.co.uk | http://thespaceinvader.deviantart.com
Back to work. Current projects: Catching up on commits. Picking Meridia back up. Sprite animations, many and varied.
Top

you're right - thanks for pointing that out! i'll tone them down a bit, i don't want him to appear too bulky.
Top

EDIT: slight changes to the mask

and thanks groovy, you're right - too many tilted heads lately, i'll watch out for that when i do the next ones. 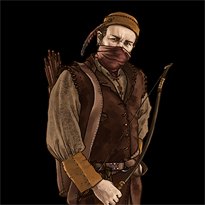 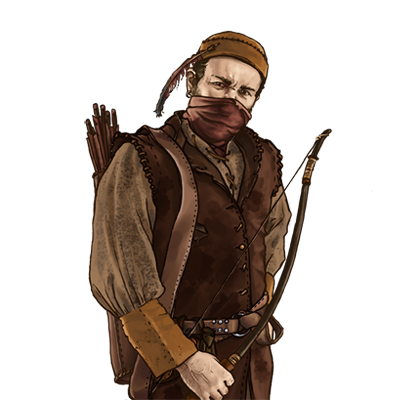 The scarf on his face seems to be riding too low. When I try it out myself, no way I can get it to stay on if it's that low. It also seems to be so tight that it's pulling the nose flat. Looks painful.