Increbible portraits!
One small question: why is the scar on the face of the unarmoured version not visible on the cheek of the hooded one? I am not too familiar with the storyline of ItfU, so it may well be story related.
Top

woodmouse: the structure on her arm is intended to be some sort of scarred flesh. badly healed. think of burning wounds.

wayfarer wrote:Must be too long since I played the game. Cyborgs.

IIRC you played when IftU wasn't even complete up to scenario 13 (which is where this character appears for the first time).

Kitty, you have inspired me to work on Shadow Master again.

I'll post in a few minutes my new revision.
EDIT: linky.
Author of the unofficial UtBS sequels Invasion from the Unknown and After the Storm.
Top

That looks wicked. The badly healed skin seems a bit more like shadowed skin than scar tissue, though - if you added some small highlights going by the "rubble", it'd look somewhat deeper and convincing. As a whole, though, the portrait looks most awesomely cool. The stomach especially looks delightfully revolting, and it works with not giving the feeling that the cyborgish parts just make her cool, but dehumanize her instead.
For the dark gods!
Top

A reminder: she an enemy in this campaign (in case you didn't notice).


scienceguy8 wrote:Just to be different, I'm gonna say I got more of a RoboCop feel from Elyssa (remember, towards the end of the first movie we see Officer Murphy's face after he removes his upper head covering). I always wondered what happened to her.

Although I have not elaborated on the events between UtBS and IftU (nor on the amount of time for that period), she probably continued her search for the Sceptre of Fire underground, eventually becoming prey of a power she couldn't handle (nor could the Master of Darkness anyway) - Uria, who wished to take advantage of the powers of every living being in Irdya (the planet where the Great Continent belongs) to drive her plan into completion. As the Master of Darkness was, Elyssa was "demonized" and somehow her life must have been extended above its limit (specially if she also suffered a fatal accident like falling off a deep precipice, which is how the MoD met Uria). Unlike the mass-production Shaxthals, Elyssa and the Master of Darkness/Argan were artificially "shaxthalized". We could call them prototypes achieved by reverse-engineering the few original shaxthals left buried in the depths of Irdya. Ivyel (a character that will appear in the sequel) will be the inverse; a new shaxthal prototype achieved by reverse-engineering regular living beings.

It's ironical that Elyssa must have continued searching for the Sceptre of Fire, to be eventually killed by the bearer of its core.
Last edited by Iris on February 12th, 2009, 1:05 am, edited 2 times in total.
Reason: Made it clear that the comment was directed at scienceguy8
Author of the unofficial UtBS sequels Invasion from the Unknown and After the Storm.
Top

Shadow_Master wrote:A reminder: she an enemy in this campaign (in case you didn't notice).

Yeah, I don't think there was any confusion on that front; Girgistian's "wicked" was probably intended as a compliment (along the lines of "awesome" or "bad-ass") rather than a comment that needs addressing.

And yes, all those words (wicked, awesome, bad-ass) apply to this portrait. It's a great rendering of an interesting concept (cyborg-mage). Makes me wish I had time to play this campaign (actually I've been wishing that for a while; it sounds like one of the more interesting campaigns out there)... perhaps I will, once all the portraits are done and I can enjoy it in its full glory.
For I am Turin Turambar - Master of Doom, by doom mastered. On permanent Wesbreak. Will not respond to private messages. Sorry!
And I hate stupid people.
The World of Orbivm
Top

i think the art is absolutely amazing. And im with Turin, ive started this campaign about 4 or 5 times now and continued to stop because there was an awsome update and i wanted to see it in its fullest...
Top

kitty wrote:thanks for all your replies! here are preliminary finished versions of both forms of elyssa.

And now it's obvious to everyone that I have not played the campaign: I thought they might have been two mock-ups for feedback when I made my comment earlier.

Very good.
The Era of Myths
The "How to Play..." series
Second draft.
Top

final versions. resized and some highlights on the scars on girgistian's suggestion.

and yes - go and play IftU! it's just one portrait still missing right now, i should get that done sometime next week, i hope! 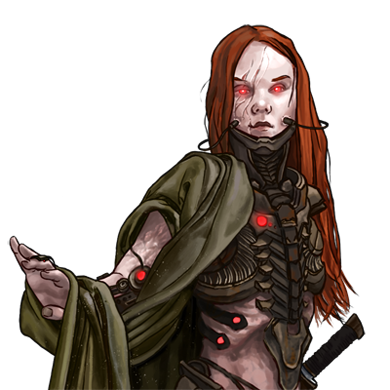 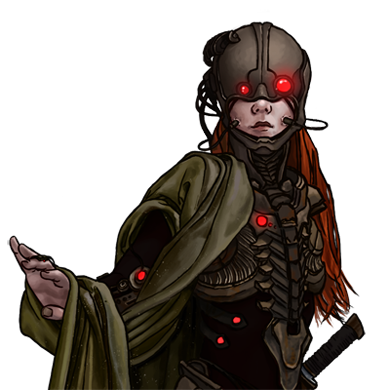 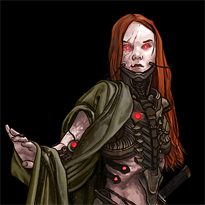 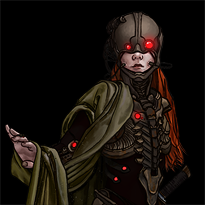 The Elyssa image is indeed quite impressive, but one thing that bothers me is the lack of specular highlights in the hair, which makes the hair look more like strips of shaggy fabric than hair. The banded highlights (where the bands go perpendicular to the direction of the hair) are quite ubiquitous to hair like hers, where the hair are in parallel bundles, especially in a sharp lighting conditions (as demonstarted by the striking speculars on the face).

In general, the face seems to be getting much more light than the hair and some other parts, but I've noticed that the "spotligh on the face" effect have been your preferred tool of attention focus before.
Tiedäthän kuinka pelataan.
Tiedäthän, vihtahousua vastaan.
Tiedäthän, solmu kravatin, se kantaa niin synnit
kuin syntien tekijätkin.
Top

And that's why you never cross-breed mages and terminators.
(That means "Awesome Work, Kitty!")
Orbivm
The Droch Fae
Top

And more than half a year later the project is finished... 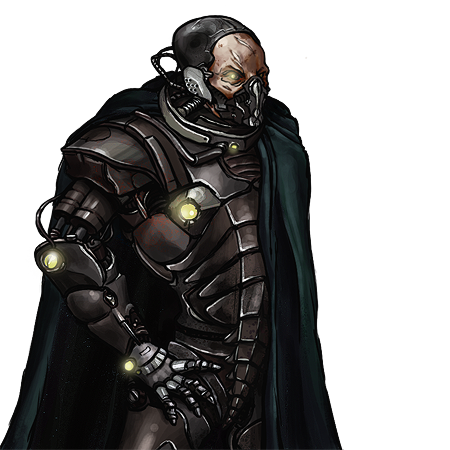 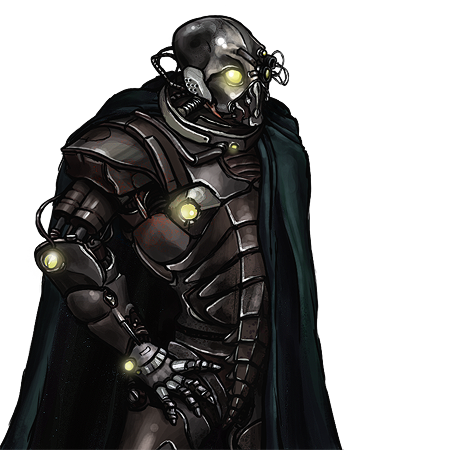 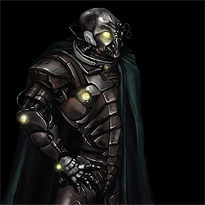 (yeah, I know, one-line posts are bad. But that just rocks.)
For the dark gods!
Top
Post Reply
169 posts