Forum rules
Before posting critique in this forum, you must read the following thread:
Post Reply
71 posts

Thanks, Jetrel. It's good to see the Art department is still alive.

Jetrel wrote:I think this is probably good enough to include, and I'd greenlight someone committing this.

zookeeper wrote:There's some stray pixels around 220,64 and 70,399 which no one seems to have mentioned so far.

Those were, um, flies... But since you don't like them, I've updated the image. 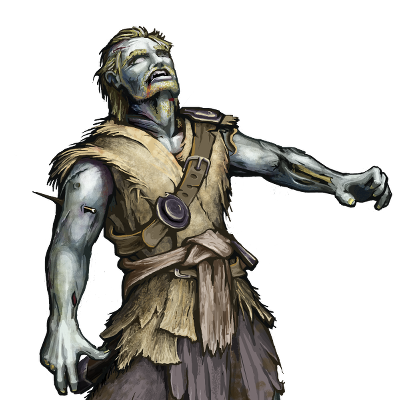 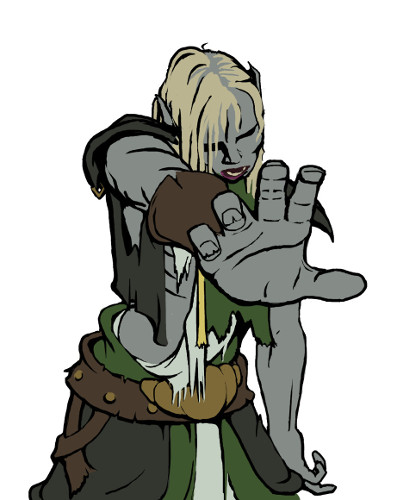 I really like your last zombie, just one tip: make him looks forward. I dont see any reason to have him looking towards floor when he looks like being advancing. Right now looks more like he woke up in a dark room and is looking for... the light switch?
Be aware English is not my first language and I could have explained bad myself using wrong or just invented words.
World Conquest II
Top

I really like the last one, especially I like his pose as well. Not to directly contradict tekelili but, the way his face looks and is held makes me think "he's not a living conscious being, (he can't see?) and his motion is driven by disease / evil magic."

I don't think I can offer any real advice about how to improve the pose. But maybe you want him to lean forwards more? Maybe not though.

I like the drawing of the hand also, I know that that is pretty difficult, having failed to do similar things repeatedly, in the distant past.
Top

I didn't realize that there were flies either, but it wouldn't hurt to have them if you make them bigger and more recognizable. Having more races of zombies certainly wouldn't hurt--especially when they look that good! I agree with iceiceice that his pose is great the way it is.
Campaigns: Dead Water,
The Founding of Borstep,
Secrets of the Ancients,
and WML Guide
Top

Thanks, guys. Iceiceice is right, the lack of focus by the corpse's face was intentional. I was just kidding about the flies (damn the internet and the way it sucks subtle humor out of messages). Those pixels were really just cruft that I didn't notice, they needed to be removed.
BfW 1.12 supported, but active development only for BfW 1.13/1.14: Bad Moon Rising | Trinity | Archaic Era |
| Abandoned: Tales of the Setting Sun
GitHub link for these projects
Top

I've committed the Walking Corpse portrait. Had to clean up a few more stray pixels under the right arm.
Creator of Shadows of Deception (for 1.12) and co-creator of the Era of Chaos (for 1.12/1.13).
SurvivalXtreme rocks!!!
What happens when you get scared half to death...twice?
Top

OK, had more time than I hoped to spend with this guy.
Is it perfect? No.
Is it time to submit it and move on? I think so, but what do the powers that be think? 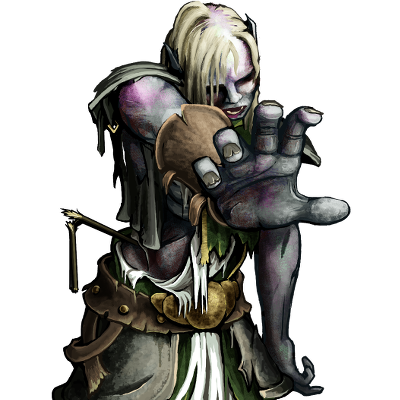 EDIT: I'm looking at the help menu now, in BfW 1.12.2, and see the variations aren't human vs elf etc. but rather focused on the less anthropomorphic units. I think the human vs. elf stuff is important for dialogs, but for help-menu completeness sake, would editing the living profiles work, at least for a place-holder? 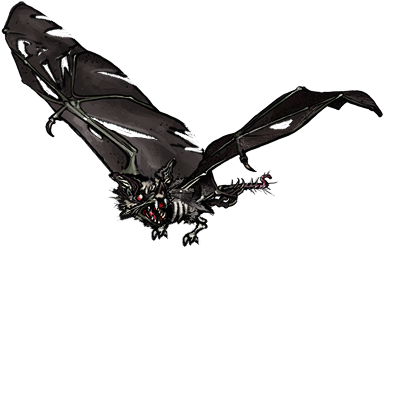 I think this can go in. It's got the same issues as the prior drawing, so I encourage you to do what you can to fix those skillset issues over time, but - none of them are bad enough to disqualify it.

Thanks for doing this.

Committed the new zombie as a portrait for the Soulless.
Creator of Shadows of Deception (for 1.12) and co-creator of the Era of Chaos (for 1.12/1.13).
SurvivalXtreme rocks!!!
What happens when you get scared half to death...twice?
Top

Sorry for posting so late. About the last zombie: The front hand is to big for me. Poses of pointing things on the viewer were discouraged in the past. But anyway about the size. Lets asume the front hand has twice the length of the other hand. That makes it square 4 times more surface. However my point is: In reality that means you are only one arm lenght away from that zombie! That would be fine, but your eyes are not one arm length (of that zombie, not your arm) away from the screen. Therefore it will not look very convincing in game. Basically for me the front length around 10% bigger would do. It would look convincing for eyes away from screen like 10 (zombie) arm length. Think of it as if you are looking at an action figure behind your transparant pc screen.
Top

The walking corpse help pages were a bit broken for a while, but at least by BfW 1.13.7, the "variations" pages seem to be fixed, so maybe it's worth thinking about the alternative races again. Here is a saurian (not totally shaded or detailed yet). 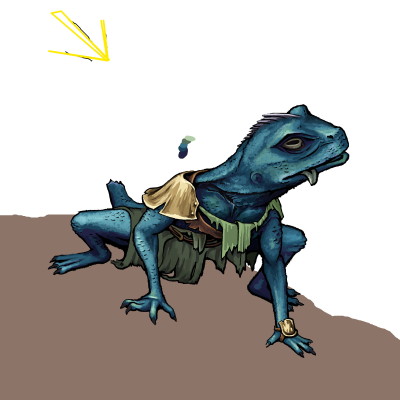 I was going to work on the troll, but realized the living stone -> rotting meat transformation didn't make sense. I guess darker, cracked rock would work. The sprite probably needs to be redone though.
BfW 1.12 supported, but active development only for BfW 1.13/1.14: Bad Moon Rising | Trinity | Archaic Era |
| Abandoned: Tales of the Setting Sun
GitHub link for these projects
Top

what happens with the troll zombie is that he gets cast 'stone to flesh' spell upon him.
Remember, "Nothing flies like a Filburd!"
Top 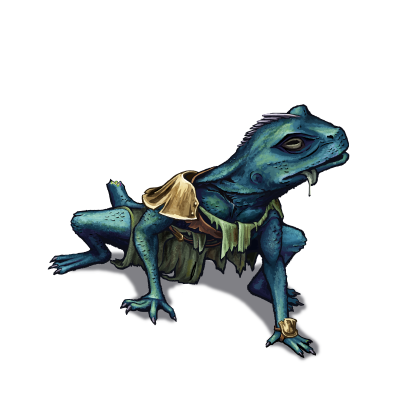 Not sure if this is finished or not, but it is all I can do for now. 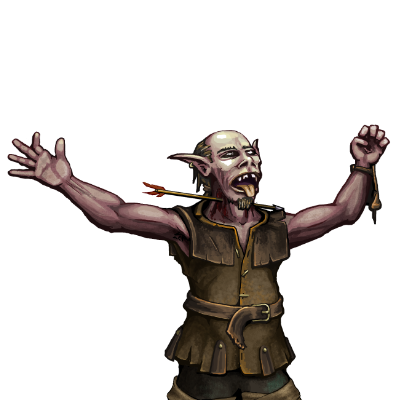 Like it or not, folks, I'm stickin' with this.

Once these are done, we still have:
- Gryphon (which uses drake sprite...)
- Wolf (which shouldn't be too hard)
- Swimmer (not sure what to do about this one, maybe bury the head in a cowl of seaweed & detritus?)
- Troll (...)
BfW 1.12 supported, but active development only for BfW 1.13/1.14: Bad Moon Rising | Trinity | Archaic Era |
| Abandoned: Tales of the Setting Sun
GitHub link for these projects
Top
Post Reply
71 posts