Forum rules
Before posting critique in this forum, you must read the following thread:
Post Reply
72 posts

IMHO, exposing ulna and radius was poorly executed: Perhaps that's also the reason why there was no feedback - I really feel bad right now for posting mostly negative feedback, especially as I couldn't do better myself.

Don't get me wrong, I liked your previous version, but that change somehow ruined it to me... and if you had adressed the issue LordBob and vultraz pointed out, the one with intact forearm might IMO have been in mainline by now:

vultraz wrote:I much prefer LordBob's arm position. It looks more twisted and zombie-like. The current one looks like he's holding it out in front of him steadily, as opposed to an unsteady undead creature with minimal control over muscles.

I don't think this version is an improvement either. I did use the previous version in my undead campaign though. ("Secrets of the Ancients" on a server near you.) I agree with aquileia, and I think his left hand has lost some definition and gotten harder to read. Sorry.
Campaigns: Dead Water,
The Founding of Borstep,
Secrets of the Ancients,
and WML Guide
Top

aquileia wrote:Perhaps that's also the reason why there was no feedback - I really feel bad right now for posting mostly negative feedback, especially as I couldn't do better myself.

As long as you give specifics, and don't issue vague & sweeping insults, there's no reason to feel bad. My grousing in the
[EDIT: Uh, got cut off there (?) ... What I meant to say is that my grousing wasn't that no one was paying me any attention, it was that they were doing that while posting in this very thread. Sort of like when someone makes eye-contact, then proceeds to try to walk through you. And if anyone reading this is confused, those posts have been moved.]


aquileia wrote:and if you had adressed the issue LordBob and vultraz pointed out, the one with intact forearm might IMO have been in mainline by now:

Sort of a contradiction there though, since changing the pose means starting over. Can't blame me for at least trying to find an alternate route (especially when the demand seemed somewhat arbitrary).

doofus-01 wrote:Sort of a contradiction there though, since changing the pose means starting over.

Well, I said issue, not issues - redoing his left arm (to our right) should be possible without changing the pose of the remaining body. The way his hand is stretched out just seems too resolute, while in LordBob's paintover each consecutive limb (I mean upper arm, forearm, hand, fingers) seems to be under less and less control, with the hand basically hanging down and the fingers slightly curling to the stress of the sinews/muscle fibres.

It's not up to me to decide whether a portrait is ready for mainline, but IMO with an updated left arm & hand it'd fit nicely for the WC and Soulless.
Top

Alright, let's try this again. I also changed his other hand, where the scabbard on his left side somehow got in front. 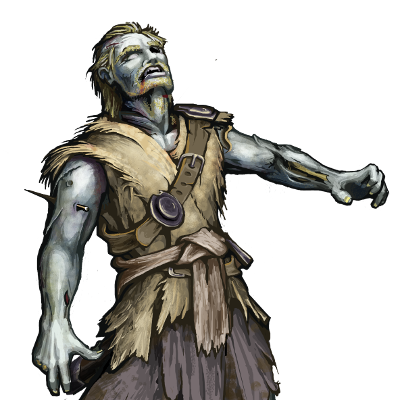 Not an artist, but I think it looks pretty good

IMO his right arm should be darker.
MY ART THREAD
Top


iceiceice wrote: I don't really understand the folds / flaps of skin on the right arm either. The part below the nail looks like it might even be a vein? I guess the idea is that the skin is sliced or torn? These are not features that my eye rejects, I just don't understand what exactly has happened to his body.

Yeah, some of the damage may be a bit too random. There are some details that could be improved, I could change them if needed, but I'd like to know if it would make any difference. If I haven't shocked everyone into stunned & disappointed silence this time maybe there will be some life to this art department. Time will tell.
BfW 1.12 supported, but active development only for BfW 1.13/1.14: Bad Moon Rising | Trinity | Archaic Era |
| Abandoned: Tales of the Setting Sun
GitHub link for these projects
Top

I hope that you don't mind, if you do I will remove it.

Spoiler:
Argentum Age is still in some sort of pre-alpha phase where Dave is just trying to get many people interested in working on it -- there is no fixed license for distribution yet. There is (at least one?) artist working on it but we also have much placeholder art right now which is not under any specific license.

So... I don't know if this art will stay in the game, or about the licensing situation, but anyways it's definitely good for now I think.
Top

Just so you know, IMHO If the other devs don't disagree, I think your next iteration (or the current one, if you decide to leave it as is) will be in Wesnoth 1.12.3.

BTW, it looks really well on that card, as if it had been designed with that frame in mind.
Top

I think this version is a little bit better. 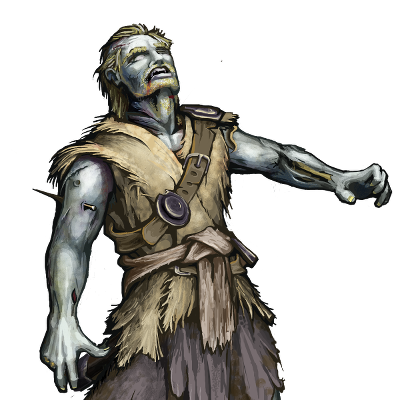 iceiceice wrote:I hope that you don't mind, if you do I will remove it.

Final remarks by me:
Top

aquileia wrote:Final remarks by me:

It might be only me, but that horizontal line on his new eyelid looks off.
The purple skirt looks a lot better (although it was good to begin with).
The loose threads from the tan colored shirt are a little overdone IMHO.


Not sure if this is an improvement, but I've made some adjustments for those points. Either one could be the final, as far as I'm concerned.
EDIT: Image removed, see later posts.
Last edited by doofus-01 on April 18th, 2015, 1:45 pm, edited 1 time in total.
BfW 1.12 supported, but active development only for BfW 1.13/1.14: Bad Moon Rising | Trinity | Archaic Era |
| Abandoned: Tales of the Setting Sun
GitHub link for these projects
Top

I think this is probably good enough to include, and I'd greenlight someone committing this.

It's good enough. Once things are over a certain threshold of quality (say, up to par with lordbob/kitty's earliest efforts here) we ought to be willing to accept them on that merit, regardless of whether they're up to par with their later masterpieces - because the latter is just asking the statistically impossible; it narrows the field of contributors from the semi-rare hobbyist to the absurdly rare "professional who happens to shower us with their patronage".

If you are interested in improving techniques further; my few critiques would be:
- this has a look of being "overworked" in places, like certain textures/lines have been drawn, redrawn, and drawn again, but rather than being in a hatched pattern following the 3d shape of (and thus suggesting) a contoured surface, all of the drawing-over-and-over really just causes noise and graininess.

A lot of this lies in the linework, which could benefit from being smoothed out and simplified; speaking from experience, you probably can't fix that about this piece; this sort of thing takes a lot of practice on lots of additional new pieces.

- the linework is really thick and dark, and contrasts with a fairly odd "gamma curve" against the underlying piece. The lines - especially interior-lines are much bolder than on the core portraits.