Peanut comment: I think B looks best by far, while I do not like the other sketches.

Zookeeper's sketch looks good (but I still prefer B), but it does not look like a troll right now, more like some kind of yeti with its fur and claws...
After far too long an absence, I have returned.
According to the quiz 100% Silver Mage (85% Archmage, 75% Shyde, 67% Flameheart and Ancient Wose,58% Assassin, Troll Warrior and Berserker). And my top score is exactly how I see myself.
Top

Wrestling ? That's a source of inspiration I hadn't tried yet, but I like what you're proposing. I'll do some wrestling research, then

I also like the idea of lava. I guess molten rock is the closest trolls have to blood magic, which would surely be cause to respect among creatures that fear nothing but fire

It'd be a shame to get rid of the warrior's helm, though. I wanted him to wear a customized cast iron cauldron, which I think would add a great deal to the "looted armour" feeling. I'll see if there's a way to make it obvious.
Want to see more of my art ? Visit my portfolio !
Top

While the troll warrior sketch looks fantastic, I can't help but wonder if having armour for the troll warrior fits the unit as it is depicted in Wesnoth... since trolls are all but literally made from rock, would armour really even be strictly necessary? It seems that a troll, which I understand as being larger/taller than your average human, would have a hard time scavenging armour that would actually fit. Also, since trolls in Wesnoth seem to be primarily pictured as dumb brutes with only a primitive intelligence, I'm not sure they would be able to figure out how to put on the armour in the first place, and tying and buckling all of it into place could be fairly difficult for a creature with limited fine-motor skills and oversized fingers.

Despite the obvious technical problems with the troll helmet, I like the way it rings alot like the trolls in the seige of Gondor from Lord of the Rings, making him look pretty scary, but true, it doesn't fit very well with the Wesnoth troll brute type. Methinks there's something in the wiki about trolls that even suggests that a troll in armor would be unsettling or something, suggesting that they aren't in armor. I think that all the troll shaman poses just look too...agile. youthful. The troll shamans are supposed to be big old wise trolls, so I imagined them sort of like a more creaky and arthritis plagued version of the troll warrior?
Guys I never thought I'd come back to this forum after 8 years this is wild
Top

That's the whole idea, based on the troll warrior's description. Eventhough they're unable/unwilling to create armour on their own, trolls will sometimes let orc/goblin allies equip them with custom-made armour (which makes them harder to take down, if that's even possible). The armour on the sketch is actually made of looted shields, blades, horse armour...All hastily hammered by goblins to fit on the troll. Some of them might even be nailed to his very skin.

The finished picture will hopefully make this clearer than does the sketch. And just to be certain, I'll reduce the amount of actual armour pieces.

I'm posting a last shaman study based on zookeeper's suggestion. Accounting for comments thus far, either this one or pose B will be selected as base for the lineart. 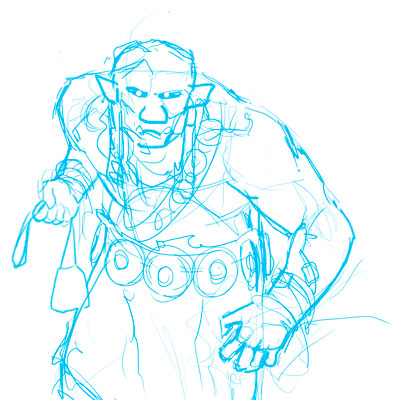 Ah, okay, that makes sense. My concerns were unfounded then.

Personally, I really like the newest sketch of the troll shaman, better than pose B even. It fits my mental picture of the shaman almost exactly.
"I'm never wrong. One time I thought I was wrong, but I was mistaken."
Top

The newest troll shaman is my favorite too. He looks more menacing. And for those who mentioned it, Lionel isn't the first portrait to ignore the camera, Rugnur does too

"Everything is better with penguins."
Creator of Burning Souls, The Fall of Wesnoth (abandoned) and Adventures of Knighthood (abandoned)
Top

Shaman's looking good to me.

And here's the final Lionel. In the end I didn't change his armour, merely fiddled with the beard and cap. I'll give him a new head if the fact that he is not looking at the player is too much trouble, but let's agree that it's not top priority at the moment, and that I can do back to my trolling 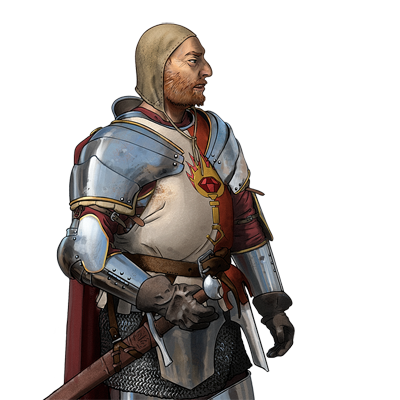 It seems there are as many imaginations of troll shaman as there are people.
And, as I suddenly remembered I had done a troll shaman portrait myself, and for the sake of diversity I'll throw in my own imagination also (although as said, I like your sketch here).

I had been thinking more along the lines of "contemplating the stones" as mentioned in the lore discussions, and thought of it not so much like freaked out kind of furious but more like meditative but explosive kind of furious, somewhat like a shaolin monk in popular media.
Made this shaman in a more gentle mood for my campaign back then, using Willendorf Venus from Wikipedia (that is not mature-rated as far as I know, but censored it anyway to be on the safe side), the only thing I did draw was the hand with the fireballs (of her husband that she ate). edit: oh, those fireballs were the stone embellishments from mainline, didn't draw those. 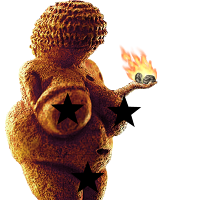 Your sketch reminded of some old statues with some rather characteristic and firm looking facial expressions that might (or might not) be useful when drawing trolls (if some extra cultural reference might be a good thing): 1 2 3.

If your portraits are going to appear at this rate, it will be an interesting time in the forum.
campaign ruthless in your nearest 1.11 add-on server
some wesnoth-related drawings
Top

- Of the set, I most like the latest sketch of the shaman; it's head is great, but there's still a little of the following to it:

One thing you might want to explore is that my conception of trolls in wesnoth is that they have disproportionately thick limbs; you're currently giving them very human proportions, which I think is a great base to start with when doing a sketch, but I think they'd look much more trollish if they had thicker limbs.

Trolls have pretty widely-varying interpretations, and one of them which I don't think works in wesnoth is that of trolls with flabby pot-bellies, and long gangly arms. Fatness in general is probably a no-go for wesnothian trolls; presumably being made out of stone means they can't get fat at all; that they don't even have fat on their bodies, because their entire anatomy and physiology is different. That "gangly and/or fat" part of the fantasy archetype has a sizeable amount of overlap with the archetype behind ogres or goblins, and those are pretty much what we save them for.

Another thing you might want to consider even at the sketch stage, is that our trolls should have very angular musculature - I'd strongly suggest taking a look at the "mountain giants" from warcraft 3; you shouldn't do something quite that extreme, but I did independently come to the same idea of having a creature with skin and flesh literally made of stone. I do think working in rather more of this "craggy" nature would be a good thing. (there are a few sprites, like the shaman, that are exactly what I'm shooting for, but a few others, like eternal's troll hero, don't do this, and I just haven't had time to tweak them)

Thanks for the input !

I'm attaching below a partly revised shaman sketch; I focused on anatomy, and introduced some kind of head gear to replace the mask. I was toying with the idea that, having no such thing as body hair, trolls might sport crude coifs made of coloured rope imitating hair and/or beard as a symbol of wisdom/power. This allows for some distinctive features while keeping his face visible. 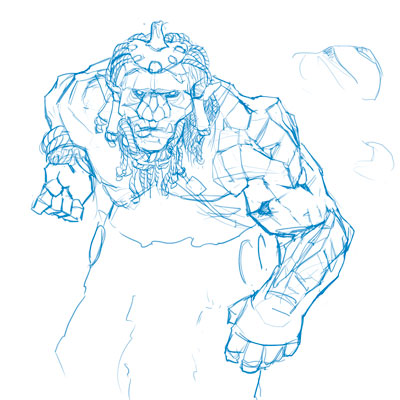 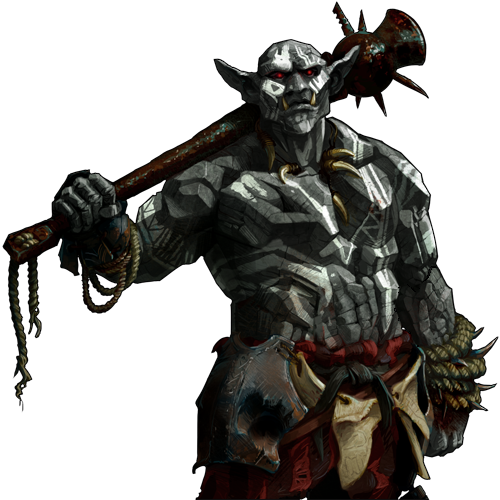 Ever since the shaman sprite was getting redone, I've had the idea that they'd tend to have some tribal body modification, specifically the kind where some sort of sticks are pierced through the nose, lip or cheeks as in the attached image. A troll's piercings would likely look like they're chiseled, which could be a pretty fun detail to have. Or they could have some other ornaments or charms chiseled directly onto their body. None of that is a requirement by any means, just an potential idea. It's up to you whether you think it'd work.

The hero is good, dunno why it never got committed. 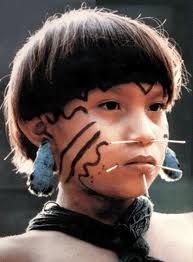 Both trolls look superb to me.