Forum rules
Before posting critique in this forum, you must read the following thread:
Post Reply
54 posts

A probably wouldn't make the shadows quite so dark. Yeti is associated with snowy and alpine terrains, and reflections from snow creates lot of ambient light. There tends to be hue contrast between shadow and light in winter lighting, which appears strongly on low-saturated surfaces as the white and gray fur of the yeti: shadows look bluish, while highlights look yellowish. Check out these references to see what I mean.
Tiedäthän kuinka pelataan.
Tiedäthän, vihtahousua vastaan.
Tiedäthän, solmu kravatin, se kantaa niin synnit
kuin syntien tekijätkin.
Top

Though I dint have anything artistic to say I do want to encourage you as this is looking great, the shadow on th left (his right) looks a tad too dark for me but I'm no artist.
Top

Yeah I did darken it to look more like the Griffen example, here is the original: 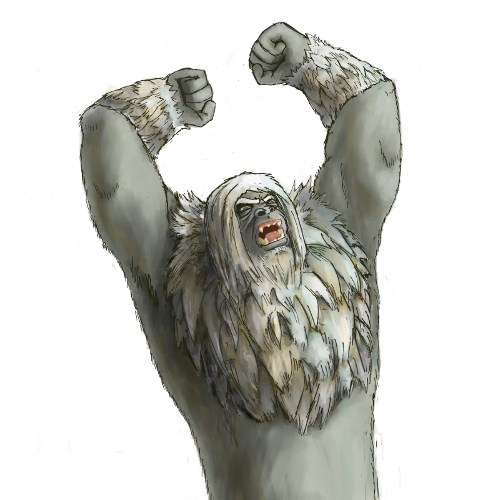 That looks so much better than before! It definitely pops now. I'm concerned that it's gotten too dark though. It is supposed to be an abominable snow monster after all. You also need to add smooth, bold outlines to match the style.
Campaigns: Dead Water,
The Founding of Borstep,
Secrets of the Ancients,
and WML Guide
Top

A bit lighter. In terms of line, I'm thinking I actually need to get rid of some? It seems to line-y.

Thanks for the encouragement blueknight! 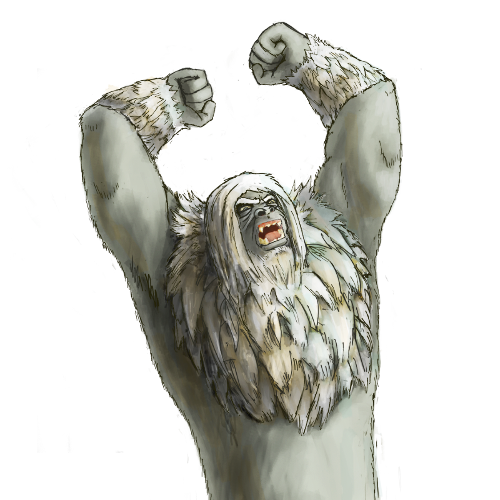 There are lots of very small lines, and the current portraits do look cleaner--even the portraits of shaggy creatures. If that's what you mean by line-y, then I think removing some would be an improvement. You need some thick outlines though. They are required for the cannon style. They go around the whole portrait, and around volumes and structures on the interior as well.

ack I feel like I'm spamming the hell out of this place. I guess at this point I'll wait for 2 or 3 official opinions before I move on. 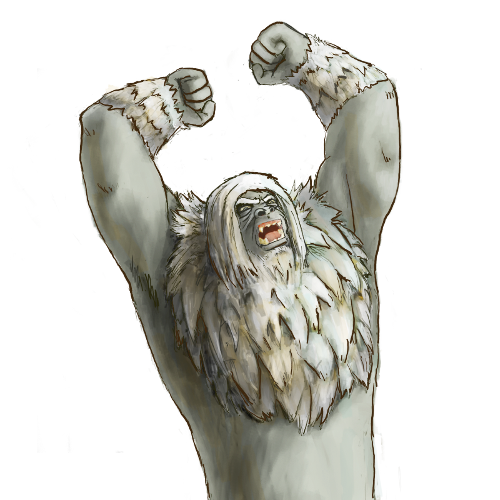 Hi, I'm sorry it took me so long to to reply to your thread! That's not only due to my lack of time but also to my ambivalence towards what you are doing here - as an illustration I really, really liked the very first iteration you posted here, it had a graphical and comedic quality to it that really felt great. But in order to make it useful in our context you started to make changes to fit "our" style better - and I'm not sure if those were beneficial to the picture itself. I'd love to see you doing some kind of story screens or a unified set of portraits for some umc, something where you have more stylistic freedom - its just the really bad case of a quite good artist having to work in a foreign style resulting in work less good than what you would be generally be able to produce...

However - you already worked on the anatomy with Lordbob and tsi, thus I'll take that as a given and will only comment on the painterly side of things.
The guy has to get a whole lot more furry! Atm he has some (not terribly convincing) clumps of white hair hanging over a smooth light turquoise/grey skin - give him hair everywhere! And have a look at some photos of polar bears, arctic hares etc in order to study fur - use reference! I know painting fur can be a painstaking process but for a yeti it will be necessary. And the way the white parts of the fur transition is too abrupt, I can't think of any real animal with just cuffs of long fur, again: study reference.
And finally his mouth/face could use a bit more attention - being the only differently colored area it is a real focal point. E.g. you could have some hard highlights indicating wetness and details like that.

I look forward to seeing where you'll take him!
Top

Funny that you say that, because I've been thinking of going in that direction- either making an alternate set of portraits for a campaign or hooking up with a umc. I think I will do that, and let this go to the back burner again- maybe sooner or later I'll "get" the canon style

Thanks for taking the time to give some feedback kitty, if I get back to this guy I'll definitely reread the second paragraph, as well as your tutorial!
Biased Random Damage Mod
Top
Post Reply
54 posts