The claws are very drakish/wolverineish again - I'd seen the nightgaunt with more freddy kreuger claws. But eh, if it looks cool.
http://thespaceinvader.co.uk | http://thespaceinvader.deviantart.com
Back to work. Current projects: Catching up on commits. Picking Meridia back up. Sprite animations, many and varied.
Top

Wow. That's an awesome pose (and not just the idea, but the fact that you managed so well with perspective too).

Gotta love those rags.
For the dark gods!
Top

mirion--the faceless mask was a direct desire of Jetrel...I doubt that will change. I do think it looks less substantial (not just in body) than the wraith image, but I like the impressive pose

...please remember that "IT'S" ALWAYS MEANS "IT IS" and "ITS" IS WHAT YOU USE TO INDICATE POSSESSION BY "IT".--scott

Yes, this I knew. However I thought it different from the sprite because of the size and shear...confusion.

I just don't think I would be more afraid of that than say, the shadow portrait. But my opinion doesn't matter much so it's all good.
Don't know how to draw? Ask God. His canvas is all around you.
Take a look at the Era of the Future!
Current factions: The Welkin, The Brungar, and The Nordhris!
^This is old news lol but I don't care^
Top

I'm not in love with the face myself, but since it was a specific design request from the lead art guy I doubt its going to change.

Minor quibbles aside, these are looking great!
Top

to complet the mass of posts that actually show that we all enjoy your work: My 2 pence: I love it! You give the undead-faction a face, just as if its a cakewalk. But we all know it's not! A lot of artists have failed trying the undead before! Hurrray
I don't see any problems with an elf-woman hitting somebody with a mace...
Top

kitty wrote:And lines/flats for the Nightgaunt - I'm not as far as I planned for tonight, I'll have to make up for that tomorrow...

kitty wrote:Yep, getting less and less corporeal. Plus more motion/wind this time.

Not as happy about the gauntlets interacting with the wolverine style claws. Shading will probably make them look less like they're running together though.
Top

D'oh, I had missed the Nightgaunt lines. I like it a lot, but still have a few nitpicks :
- The bits of steel / spikes (?) protubering from his front fist visually interact with the claws in a funny way, making the whole fist difficult to read.
- While the sleeves are simply perfect wind-wise, I think you overdid the front tail of his coat. It partly looks like a vertical drawing that has been rotated, instead of cloth caught in the wind. I think this is because the major lines are angled compared to those of the sleeves. Both sleeves and front ought to have the same direction for their leading lines.
Want to see more of my art ? Visit my portfolio !
Top

Woha - lots of comments! Thanks!
I hope I incorporated most crits by now, if no new serious new problems come up I'll post the transparent version later and then on to the Spectre, only two days left... 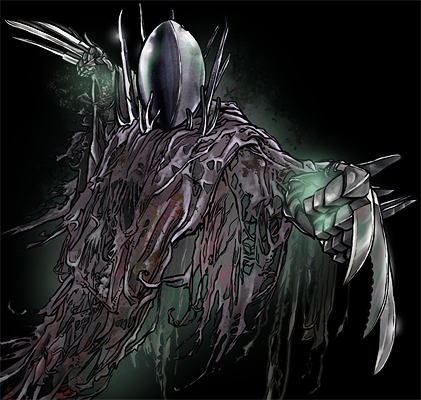 This will surely give the undead a new creepy dimension in-game. Awesome.

The knuckle on the closer hand gives the impression of a fourth claw. It's kinda confusing. Maybe if you get rid of the ridge in the middle it will remove that impression.
Top

Thank you for the advise Neoskel! 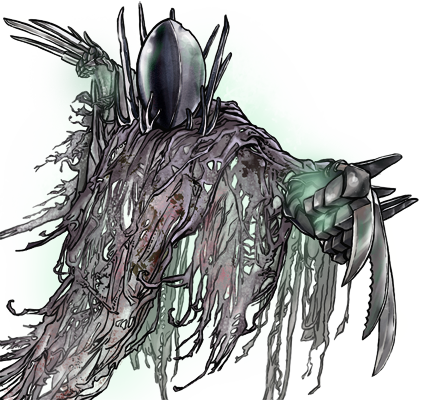 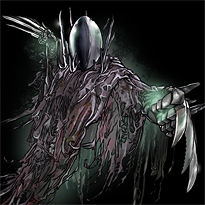