Looks amazing. I really like the face especially. if anything I think it bothers me that the opacity is very similar through many of the sheer portions especially in the arm, I'd like to see a little variation in that, it sounds strange but I feel like it flattens the area. But even as is, it's great.
Creative Commons Fantasy Portrait Marathon!

I think the contrast between the highly polished metal and the dark and ragged character looks a little odd, I'd second doing something to make the blades look more evil/worn/non-shiny
Top

I have to disagree with the above sentiments about wearing the blades down or rusting them. This thing is a magical incorporeal being....and you're telling me his blades are going to rust?
The Era of Myths
The "How to Play..." series
Second draft.
Top

I wasn't after rust and scratches, so much as mismatches - the blades simply look too perfect at present to me compared with the rest of the image. It's an interesting contrast, but one you could maintain just as well with nice shiny blades which aren't all identical - to fit with his sackcloth appearance, various items of farm equipment might be cool.
http://thespaceinvader.co.uk | http://thespaceinvader.deviantart.com
Back to work. Current projects: Catching up on commits. Picking Meridia back up. Sprite animations, many and varied.
Top

I understand it fits an immaterial creature, but the in-game screen just feels a little weird. Maybe with higher opacity ?

As to the claws, I'm with TSI : it's not their rendering I'm bothered with (shiny solid steel is fine), it's the design. Maybe blades of different shapes and sizes, along with a built-from-scratch look, would fit ?
Want to see more of my art ? Visit my portfolio !
Top

Also on the blades, a lot of this is probably due to perspective (his back arm being much farther away) but the front blades look about 4 times the size of the back one. Due to the lighting they also look much more silver and shiny, while the back ones are darker and more black.

In the smaller picture the back ones also look somewhat crooked and blunt, while the front ones are perfectly straight.


Maybe this is what you are going for, but to me it looks a little off
Top

Some more work on the Shadow - more detailing to the body/cloth and its transparency issues and some irregularities for the blades. Since I really liked their original symmetrical design this is as far as I will go with them. Final touches tomorrow... 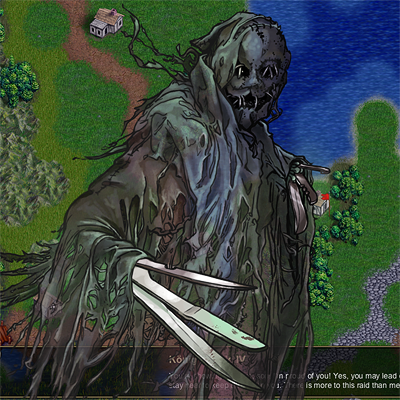 wowwwww kitty, always nice to see more of your work! You make them look so creepy!

You are truly a first rate artist!

Sweet Shadow. I like the shape of the blades, especially the one that's been bent a little to show excessively rough use. Maybe a little rust would help the blades match the torn cloth the Shadow is wearing.
Top

well, as an opinion, (there is very little one can add to your pictures kitty), i think it looks more frightening with less rust, following the ethereal and magical nature of ghosts. or thats how i think about it.
Top

Thanks for your opinions! Here is the final version.
I'll start working on the Nightgaunt tonight. 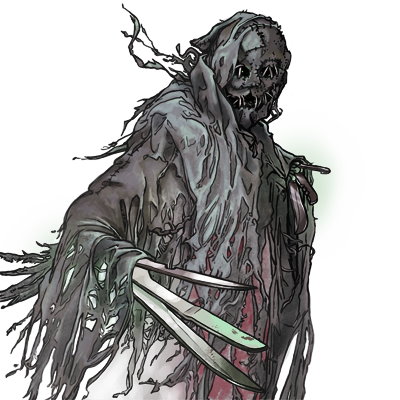 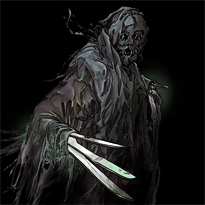 And lines/flats for the Nightgaunt - I'm not as far as I planned for tonight, I'll have to make up for that tomorrow... 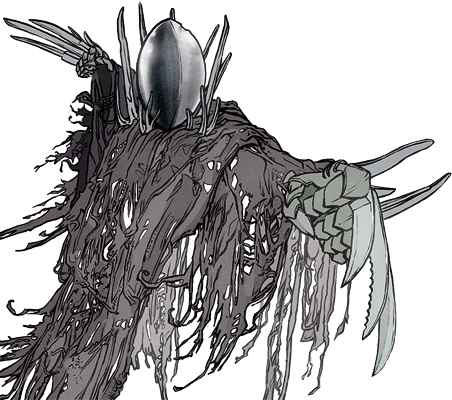 He doesn't appear to have any bulk. On the other ghosts you did the cloth bends as if around an invisible body.
This one just completely blows in the wind?
GambCiv | Tweet Tweet | My IRC Channel | Some of my projects
Top

Yep, getting less and less corporeal. Plus more motion/wind this time.
Top

Just a thought, what if there was a face scraped into the metal plate? 'Cause that doesn't really look that ominous.
Don't know how to draw? Ask God. His canvas is all around you.
Take a look at the Era of the Future!
Current factions: The Welkin, The Brungar, and The Nordhris!
^This is old news lol but I don't care^
Top
Post Reply
102 posts