I second that, but still as it is, it's quite good and I enjoy looking at both of them over and over again

the only thing I can think about is the ranger unit's alignment, and maybe one may expect someone with a less friendly face, but I'm sure that can find its counter argument..

I'm cool with either of the hats, they certainly knew how to knit in medieval times. The short beard looks sensible too, close shaving is an activity more easily associated with indoor comforts.

FWIW I like the first cap version best - it gives me a feel of yugoslav partisans. The hat could be knitwork or felt, either way nothing I could not make directly from sheep wool myself.
Top

ok, those are way to many comments to answer into detail - but thanks for all your suggestions! 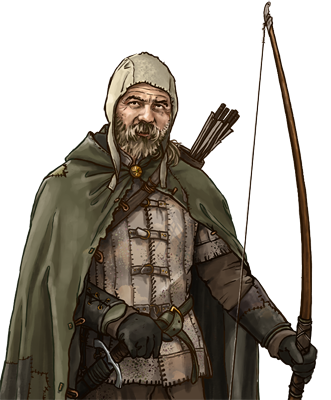 Looks like you nailed it to me. Bravo! nice ranger.

Great job kitty, the weathering on the face turned out very well.

My only one minor question is if the fletching on the arrows were detailed? They seem a bit flat and lacking texture to me due to the one color triangles being used, but that's just my two cents.
Mainline Maintainer: AOI, DM, NR, TB and THoT.
UMC Maintainer: Forward They Cried, A Few Logs, A Few More Logs, Start of the War, and Battle Against Time
Top

Wow! Really nice, One of the best Rangers I've seen up to now.
Some of my websites (mostly in french)
http://inkorpora.com | http://hot-team.org | http://jak.nu11.info
Top

some minor fiddlings and he is done now.


thanks sapient and ink and you were right, turuk, i forgot to shade the arrows 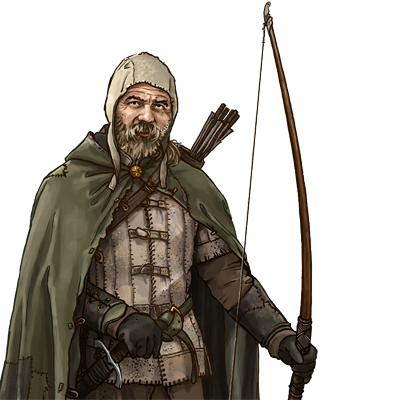 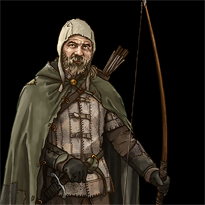 start for the huntsman: 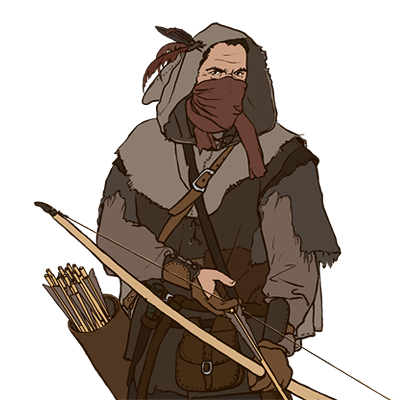 Beyond that, I really do like the outfit kitty, that's a great job. It certainly fits extremely well with the sprite, particularly the feathers on the head and the mask.
Mainline Maintainer: AOI, DM, NR, TB and THoT.
UMC Maintainer: Forward They Cried, A Few Logs, A Few More Logs, Start of the War, and Battle Against Time
Top

I love the eyes!

The mask bothers me a little bit because my eye wants to see it either hug the chin or hang more loose than it currently looks. Keep it up!

Thanks for pointing the issues with the ellbows and the chin out - I'll fix them in the next pass, I'll need to try out if shading can fix them or if i need to fiddle with the lines a bit.
Top