Ethiel-Mad has a good pose in my opinion. The wings are not fitting. The big wing should be left side and the small on the right side. I would just use the mirror function on the wings in the Ethiel-Mad version.

I am curious about the flipped little flags at the horse, but I am sure they will be cool with shading.

Deoran-Sad: I would prefer to see a very whinning face. Very intense and frontal. In the portrait he is hiding his face. It looks more like desperate or hopless to me. So I am not sure if this could be included in a shading-fix.

Tet wrote:In the portrait he is hiding his face. It looks more like desperate or hopless to me.

It looks solemn and appropriate for a member of the military to me.

Haven't you been told to stop suggesting the usage of dumb automated tools (referring to the mirroring part here) on mainline art before, btw?
Author of the unofficial UtBS sequels Invasion from the Unknown and After the Storm (now available for Wesnoth 1.14.x and 1.15.4+).
Top

Looking again, mad deoran has kind of a goldfishy air to him. I'd prefer to see him with more of this sort of mouth. Similarly, glad's smile scares me just a little. Maybe because it goes down, rather than up, at the edges of the mouth. Making the top lip curve up a little more would help.

I think we do need a wingless version of the Ethiliel portrait, though - if you meet her on a version other than easy, she's a Druid not a Shyde.
http://thespaceinvader.co.uk | http://thespaceinvader.deviantart.com
Back to work. Current projects: Catching up on commits. Picking Meridia back up. Sprite animations, many and varied.
Top

Thanks for all your comments!


Here are some revisions to a couple of them: new wings for Ethiliel (who will also get wing-less variants), an older face for Gerrick, a new mouth for mad Deoran and a new head for Hylas (who wasn't criticized from your side but felt too stiff and statuesque to me). Plus new lines for both versions of Urza Aflas.


zookeeper: Thanks for the info on the Liberty commits, I'm in no hurry - I was just curious. Regarding the TSG portraits: Does Gerrick feel old enough now to you? And your helmet-earphone-association really made me laugh. I actually modeled the helmet after polish winged hussar helmets (link), I want to try to keep the shape for now and hope to get rid of your impression when they are metallic and visibly convex. If that doesn't work I still can try something else.

johndh: Hmm. I'm not really willing to change mad Ethiliel's pose, mainly because only changing one arm's position is far less work than a completely new body... I hope the new wing position clears stuff up.

tet: Your remark about Ethiliel's wing position was spot on! But as was already noted, simple mirroring doesn't do the trick in such cases... But re-drawing a single wing isn't so bad 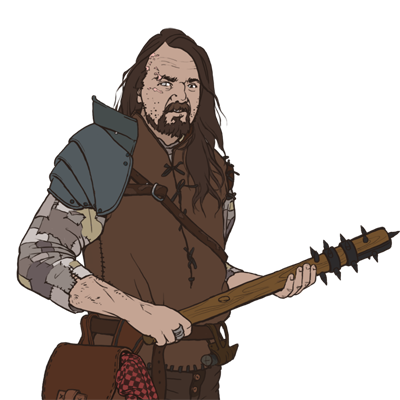 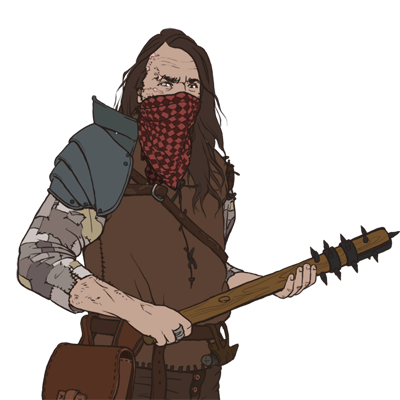 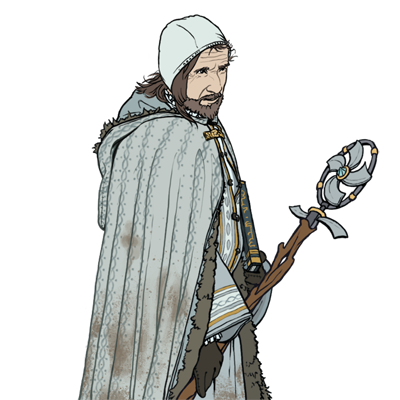 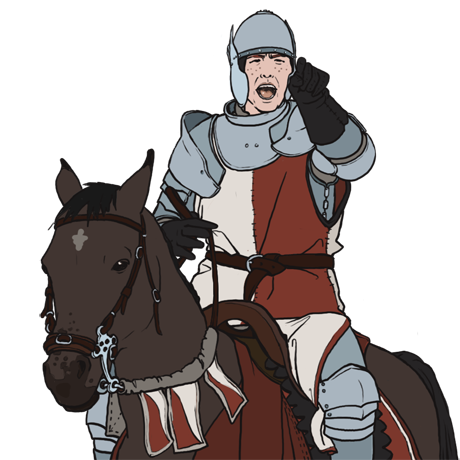 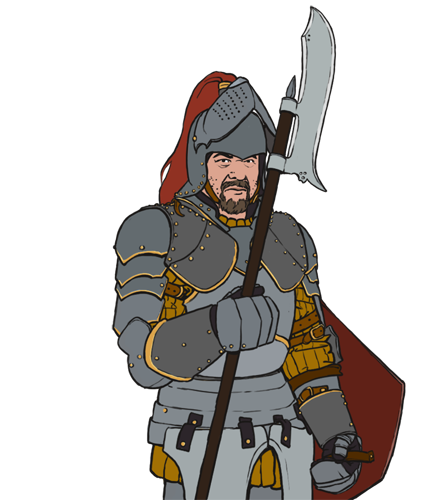 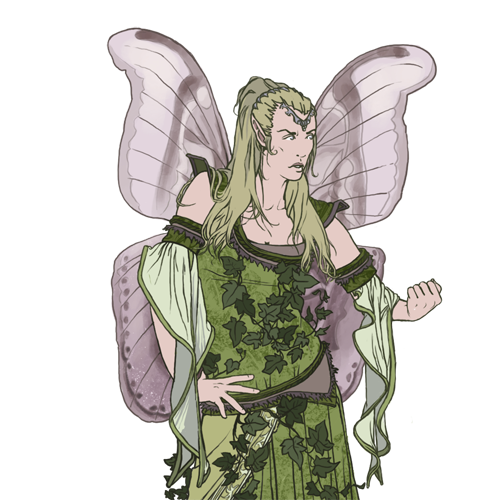 These are some amazing designs !

- I'd review the leg position of glad and sad Deoran : the way his knee is placed makees for an almost horizontal thigh, which I don't think is very confortable when riding a horse. I think a lower knee such as mad Deoran's would fit better

- The folds of the sleeve for mad Ethiliel's (our) right hand don't fit with the position of the arm, plus the bending of the wrist looks painful. I suggest changing the entire forearm and/or folds.
Top

Yes, Gerrick's face is much better now, as is Hylas. Urza looks ok too, so not much to comment on this time.

The only thing I'd really prefer changed in the whole set is Gerrick's uninspiring pose. Also the image just looks unbalanced to me. I guess it's the fact that both the shield and the two plates of armour hanging from his hip are on the right side of the image, leaving the left side very empty.

Also I find it hard to figure out his lower body. This is more or less how I read the outlines of his lower body until I really start looking carefully: 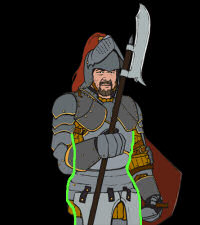 I'd give little space between Deoran's hand and face. Being two separate focal points, I think the composition would work better if they were not clumped so close together.

I agree with LordBob about Ethiliel's fist hand. The gesture would look more forceful with a straight wrist.

Am I the only one who saw Urza's club and bag initially as a guitar. The guy even looks like a rock star!

Sgt. Groovy wrote:Am I the only one who saw Urza's club and bag initially as a guitar. The guy even looks like a rock star!

Sgt. Groovy wrote:Am I the only one who saw Urza's club and bag initially as a guitar.

Sgt. Groovy wrote:Am I the only one who saw Urza's club and bag initially as a guitar. The guy even looks like a rock star!

Also, I think Deoran-mad2 kinda looks like he's pointing and laughing. I'm assuming this isn't supposed to be the case? Unless it's "mad" as in "insane", rather than "angry".
Age of Trials MP Era - Map pack
Top

So are you going to do the art for Urza's Tower, Urza's Mine, and Urza's Power Plant, too?

shadowmaster wrote:Haven't you been told to suggesting the usage of dumb automated tools (referring to the mirroring part here) on mainline art before, btw?

Nope, never been told. Read ther original sentence. I would use the mirror tool. I never expected Kitty to do it. We are not talking about finished (shaded) art here.

To show especially to shadowmaster my point. Here is the upper wing flipped and rotated by 20 degrees. The thing is intentinally crappy and done in 30 seconds. Flipping the whole wing would be only an option if Kitty would have the whole wing in a separate layer, which I doubt. For the records. I would never suggest any use of any tool to our skillfull artists. On the contrary I am greatfull for all the technical advice they giving me how to use GIMP instead.

Here especially for shadowmaster left wing big and right wing small. Using mirror to show my point. I fully understand that Kitty does neither needs or wants any demonstration of this. I hope she does not mind. 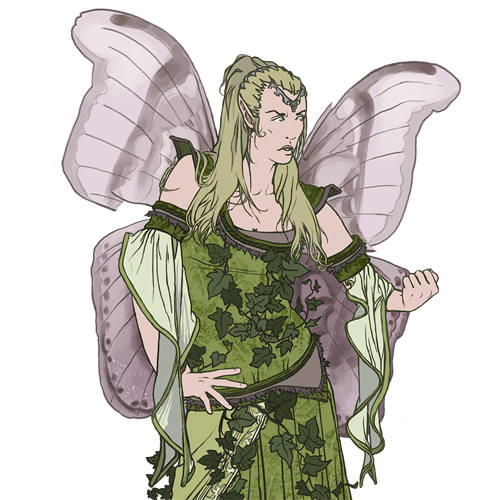 Oh my, it's been two months since my last post in this thread… Feels like forever since I painted something for wesnoth but I finally found some time to start finalizing the lines and starting to shade these guys. So here are neutral and mad Deoran. Again, I'm unfortunately not sure how quickly I'l be able to return to the rest of the South Guard's cast. 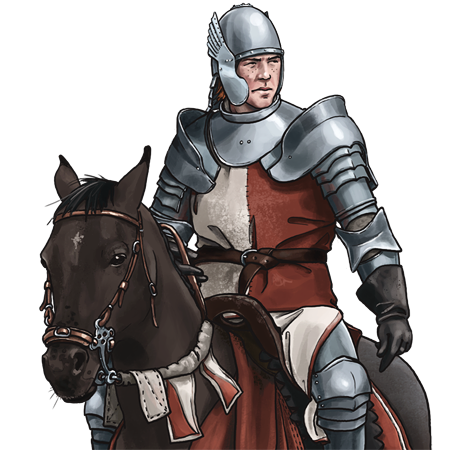 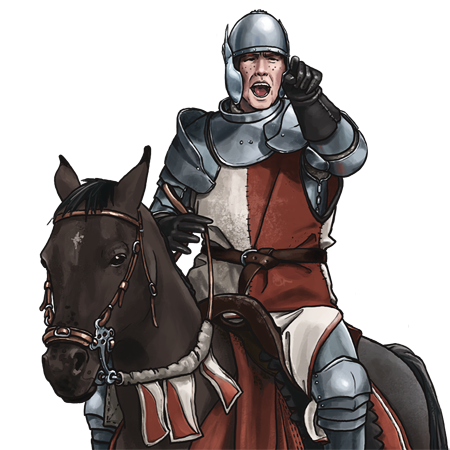 Nice work! I'm not much of an artist but I'd like to comment that I'm not really sure how his angry portrait would look when he says "Taste cold steel!"

Pewskeepski wrote:Nice work! I'm not much of an artist but I'd like to comment that I'm not really sure how his angry portrait would look when he says "Taste cold steel!"

That line needs to die.
Author of the unofficial UtBS sequels Invasion from the Unknown and After the Storm (now available for Wesnoth 1.14.x and 1.15.4+).
Top
Post Reply
376 posts