Mountain_King wrote:By the way, can UMC creators use any of these portraits before they are used in mainline? Please?

You have permission to use any portraits from wesnoth for your UMC. We smile on it, especially, when they're meant to be the same character. In fact, if you're going to have an existing character show up in your campaign, we strongly encourage using an existing portrait.

That said, it's a little weird when you're using an existing character's portrait for someone totally different, but we're not gonna stop you ... for UMC. When it comes to mainline stuff, all unique characters either need a unique portrait, or have to use a generic.

Okay, thanks. I just wanted to be polite and make sure.

Linaera portrait will definitely be used for Linaera, though I'm liking that Erlornas portrait too (We seem to be at a low on portraits for younger male forest elves). Thanks again!
Go mbeannai Dia duit,
Mountain_King
Projects: Ice Age Fun, Japhel's Journey (same link), Shameless Crossover Excuse (Maintainer), and Age of Dinosaurs!
Is cothabhálach an aistriúcháin Gaeilge mé.
EXTERMINATE!!!!
Top

Another set of great portraits with characterful faces and tasteful costume design? Where did they come from? From kitty of course.

A younger version for Delfador in the first scenarios of his memoires and his mentor Methor. Plus lines and flats for Arne and Bjarn of Two Brothers. 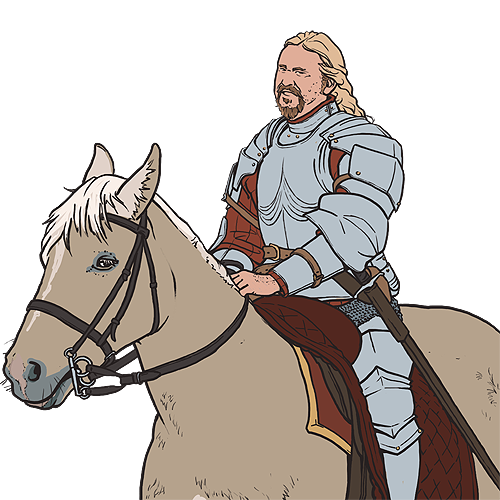 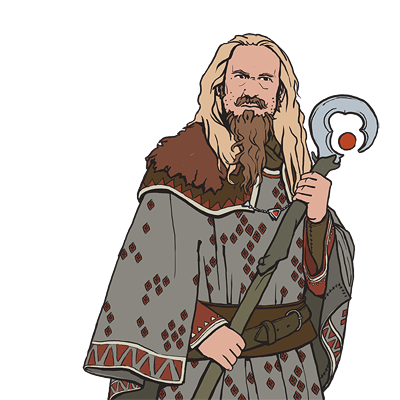 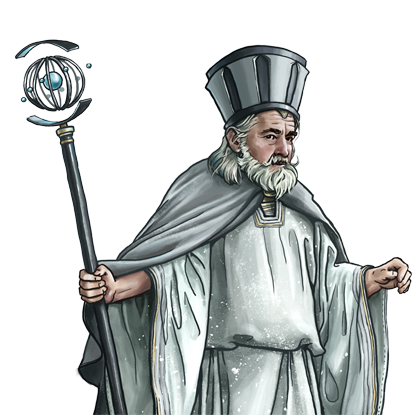 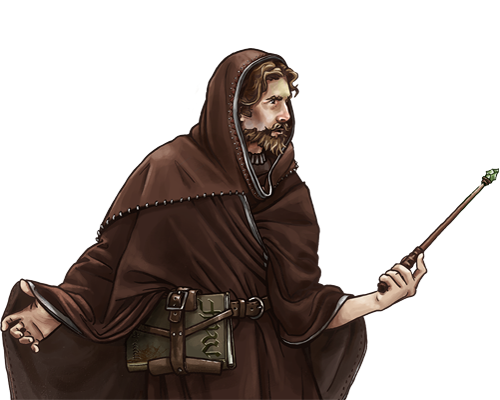 I don't see a problem with that, his weight and his expression fit his character perfectly! That being said, you should also have a neutral one, for a more grim situation. Kitty, your young Delfador portrait is now my favorite BfW portrait. I find it amazing; my only niggle is that his forehead is a touch too green, as if he is recovering from a bruise. Nowhere else on Delfador do you have highlights that green.
Ecce, in caelo! Est avem! Minime, est vehiculum aerem! Minime, est virum Latinum!
Top

Can't think of much to say about Bjarn, but Arne looks great. Completely different than how I'd have expected anyone to draw him like, but I think it works really well.

THe way the book and robes are positioned on young delfador is making it really hard for me to read it correctly. I'm unable to determine which way his torso is facing.
Top

lostnumber wrote:THe way the book and robes are positioned on young delfador is making it really hard for me to read it correctly. I'm unable to determine which way his torso is facing.

Hmm... I think it may be the wand-holding arm: maybe it's a bit too much to (our) left? It feel like he has his elbow stuck in his stomach. Either that or HIS right shoulder is really weird... But I think it's the wand-wielding-arm
Jazz is not dead, it just smells funny - Frank Zappa
Current projects: Internet meme Era, The Settlers of Wesnoth
Top

I love Arne's concept, it has a lot of personality.

If I were to nitpick about anything, it strikes me as rather odd that he would have long hair, since an enemy could potentially grab him by it and pull him from his horse. Can't find anything wrong with Bjarn, he's awesome, as is Methor. Very Young Delfador works brilliantly as a younger version of your 'Middle-Aged Delfador portrait, but I admit the pose confuses me a bit, and perhaps the wrinkle in his right hand is a bit too dark?

But then, I'm no portrait artist, so all of the above 'critique' is very subjective.

I just sit here and wish I had one-tenth of the skills displayed above.

lostnumber wrote:THe way the book and robes are positioned on young delfador is making it really hard for me to read it correctly. I'm unable to determine which way his torso is facing.

Hmm... I think it may be the wand-holding arm: maybe it's a bit too much to (our) left? It feel like he has his elbow stuck in his stomach. Either that or HIS right shoulder is really weird... But I think it's the wand-wielding-arm

Huh, I think it has something to do with that odd, straight crease running from his right (our left) shoulder down to somewhere in the arm, combined with the position of the book. The side with the wand seemed fine until I started examining the other side.

On the one hand, it all looked fine until lostnumber spoke up and caused me to look more closely. On the other hand, now that it's been mentioned, suddenly I'm having a hard time making it make sense. Whatever's going on, it seems to be subtle, but hard-to-shake once discovered. At least for me.
"When a man is tired of Ankh-Morpork, he is tired of ankle-deep slurry" -- Catroaster

I think the thing that seems off about Delf's arm is that his left shoulder looks like it drops off too early, almost like his arm is hanging straight from his neck. Judging from where his nose and belt buckle are, we can get a good idea of where the centerline of his body is, and it looks like his elbow is only an inch or two from his navel, and his shoulder appears directly above that.

The two brothers definitely look related, by the way.

artisticdude wrote:I love Arne's concept, it has a lot of personality.

Indeed. It works very well for the following exchange in scenario 2:

Arne: Come on, men. A stroll through such lovely green woods, what could be finer?
Random redshirt: It is whispered that hungry ghosts rule this forest, and kill everyone who dares to enter.
Nil-Galion: You there! Halt and explain yourself.
Arne: We’re chasing after some men who kidnapped my brother!
Nil-Galion: Those men told me their prisoner had attempted to murder their master, and warned that evil men would follow him. Advance no further, or you will die.
Arne: So much for those ghost stories. Mere elves will not stop me from freeing my brother!
Redshirt: I am glad at least that we will not have to face ghosts. But those elves will have us at a disadvantage; our horses will not maneuver well in the trees.
Arne: Bah, just stay on the paths; our spearmen and bowmen can fight in the deeper woods. We have faced and won through greater perils than those amateurs can offer.

artisticdude wrote:I just sit here and wish I had one-tenth of the skills displayed above.

Don't we all?
Author of the unofficial UtBS sequels Invasion from the Unknown and After the Storm (now available for Wesnoth 1.14.x and 1.15.4+).
Top

Slightly touched up Delf, he is finished now. I still need to catch esr sometime to discuss in which scenarios he'll get wired.

And Bjarn should be pretty much done as well, at least if none of you friendly nitpickers finds a biiig problem

Fog: Variants for different emotions were ideal for all campaign recurrent speaking role portraits... For now we try to get basic portraits for all those characters done (apart from LB's awesome Haldric, of course), and there are still generic ones missing

So, at some point in the future I may perhaps return and add one or more variants for him, but not now.

zookeeper: Your TB's maintainer, right? I'm glad you like them

Lostnumber, Dixie, xtifr, johndh: I actually don't see a big problem, his body is facing the way of his beltbuckle, his right shoulder being fairly high and the right forearm foreshortened and his left shoulder being fairly low with half the upperarm behind the torso. But the big fold down from his right shoulder was distracting, I toned it down a tad and lit up the forearm more to indicate its direction/orientation. That will have to do

artisticdude: Hmm, Arne's hair - I've grown somewhat attatched to it. And those are the kind of cheap visual cues to tie the brothers together... I'll see if I change it if I come back to him in a couple of days.

shadowmaster: Heh, that was the kind of Arne I was thinking about 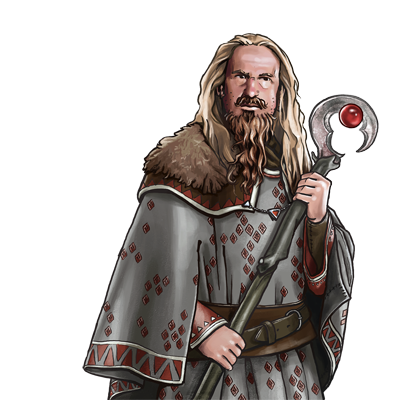 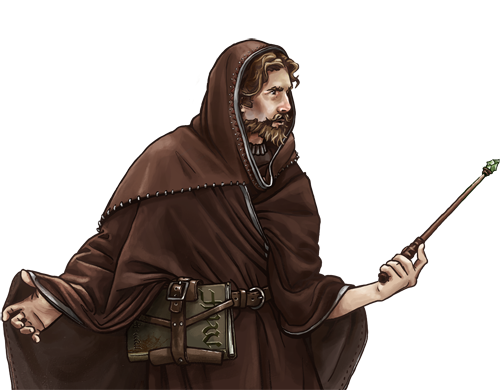 Looking back, I don't think the centre line on arne's armour is actually in the centre. It could do with being a little further away from camera.
http://thespaceinvader.co.uk | http://thespaceinvader.deviantart.com
Back to work. Current projects: Catching up on commits. Picking Meridia back up. Sprite animations, many and varied.
Top
Post Reply
376 posts