Forum rules
Before posting critique in this forum, you must read the following thread:
Post Reply
116 posts

Along these lines? Maybe wider. 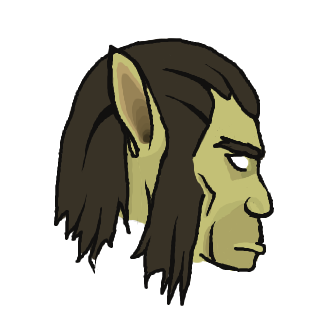 maybe, yes.
As a sidenote, the chin is still too thin.
For the dark gods!
Top

/me pops in to say I like the latest direction girgistan was going with these:


This is exactly what I had in mind. Very cool.

Necroing this up because of the slightly off-topic conversation in the portrait sketches thread concerning the look of a basic orc. I thought it had been somewhat decided after Jetryl's latest post (on this thread), but since a few ideas popped up we might as well continue this until His Directorness has come to a final conclusion.

Here are the latest images, the start of the conversation along with some of the opinions can be found in the Portrait Sketches thread, page 10 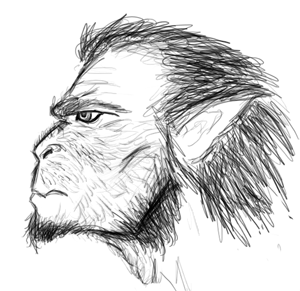 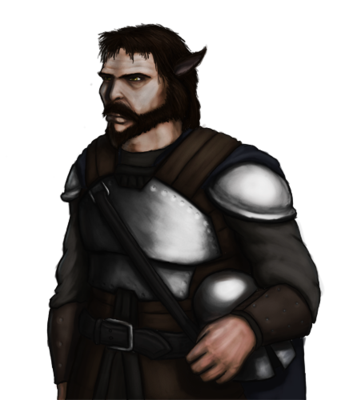 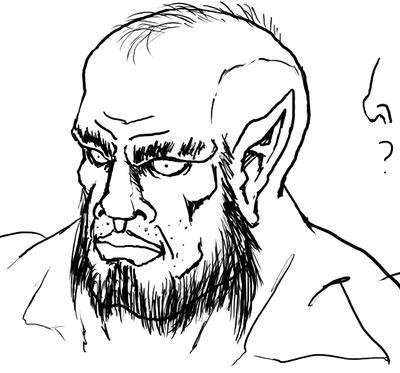 Is the top (orchead.png) a new one? That's my favorite so far because the facial hair of the middle one is very human-looking but orchead.png keeps up the man/animal hybrid look much more consistently. Ear shapes are tricky because you don't want it to look like elf ears-- I'd recommend something in the general direction of the top one but a rounder, possibly furry-er tip.
http://www.wesnoth.org/wiki/User:Sapient... "Looks like your skills saved us again. Uh, well at least, they saved Soarin's apple pie."
Top

In wesnoth races: orcs, but you surely knew this:

In appearance, orcs are half men and half beasts. They are taller, sturdier and stronger than humans. They are warlike, savage, and cruel by nature. Their blood is darker and thicker than that of normal humans and they have little care for personal hygiene or their personal appearance. Although Orcs are violent even among themselves creatures, they are pack-oriented; an orc never travels long or lives alone in groups smaller than half a dozen.

The top one, which looks like the two portraits on the previous page is my favorite too, but maybe there is not enough "sturdiness" in it?
The eyebrows, nose and chin looks good imo while the cheekbone looks too thin, not enough "prominent"(?),
overall maybe you should go with some neanderthal look... don't know if you'll get what i want to say, but something where you can guess the bones under the skin of the face, which makes the face quite aggressive and strong.

Here's mine (pretty fast) take on The Orc. Not terribly different from previous suggestions, except I still prefer more human-like ears. 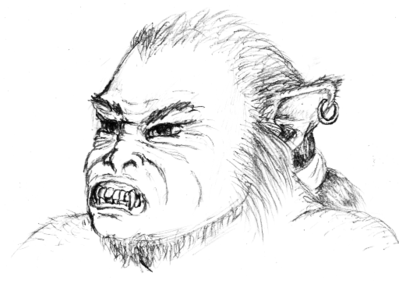 Necroing this up because of the slightly off-topic conversation in the portrait sketches thread concerning the look of a basic orc. I thought it had been somewhat decided after Jetryl's latest post (on this thread), but since a few ideas popped up we might as well continue this until His Directorness has come to a final conclusion.

As I see it, that's not how the portrait development can and will work... this discussion here is very interesting and inspiring but in the end the person who really does the portraits will define the look (as long as it's not green and fitting with the sprites). who will do the work (in the right quality, style etc.), will have the fun... and if that will be one of us or a future contributor - who knows?


But apart from that, all the proposals discussed here go in the right direction basically and are pretty similar in the end. my favourite atm is girgistan's first profile view (perhaps a bit more chin?) but combined with groovy's ear (minus the earring).
Top

As you wish, but there's been some debate about the look ever since we started doing the SotBE portraits with thespaceinvader, so I thought it's good to see the general opinion. Here's a more frontal take on the favored look, with more humane ears and some fur on them. This is going to be the look I'm aiming for if I'm going to be involved in the making of the orc portraits (and apparently I've still got a lot to learn before that

EDIT: not this friendly look though. 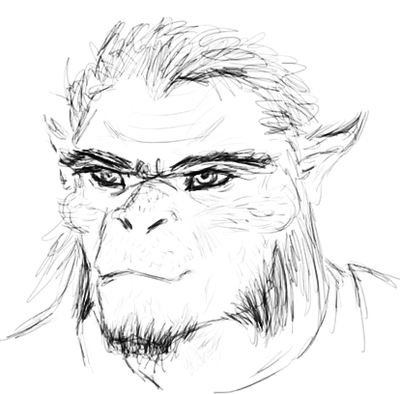 starting to shade a little towards the lizardy - a combination of maybe a tiny touch too much muzzle, and the lips being in the same layout as the ones on your drakes.

One of these days,we'll have to work together on a complete set of orc portraits. I have some time coming up when I've finished my exams (around 16th january)... A little before that, but I really should be reviing.
http://thespaceinvader.co.uk | http://thespaceinvader.deviantart.com
Back to work. Current projects: Catching up on commits. Picking Meridia back up. Sprite animations, many and varied.
Top

take care these don't get too apeish (or explicitly relating to any specific animal) or too werewolf-ish...

Not that I know much about portraits (aside from a heap of failed attempts in my trash can), but I try to be helpful.

Girgistan's first portrait looks pretty good, but the nose/mouth area is bothering me. Maybe a slightly more prominent nose? And it may just be the fact that it's a profile, but the neck doesn't seem quite thick enough to make the "brutish" aspect perfect. Still better than my productions, though!
I shall take this potato chip... and eat it!!
Top

Tried to make one (actually, I just had fun with coloring, and my sketch came out as an orc). He may look too human though. 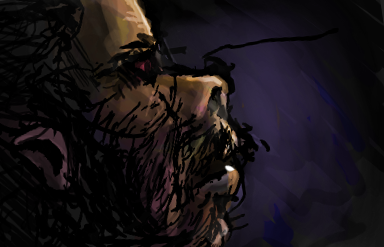 I think the nose sticks out to much there. I always thought that wesnothian orcs (since all orcs are different) should have large but pretty flat noses. Wide but not tall, if you know what I mean. But like I said, that's only my opinion.
Don't know how to draw? Ask God. His canvas is all around you.
Take a look at the Era of the Future!
Current factions: The Welkin, The Brungar, and The Nordhris!
^This is old news lol but I don't care^
Top
Post Reply
116 posts