Silver Age is a project developed by stern and bearded russian programmer and even more stern (but not so bearded) russian artist and another russian artist (very young and totally unbearded). Project includes two add-ons: MP era and single player campaign based on this era. For now we offer you to play the first scenario of campaign, which presents more than 30 new units of 2 factions and more than 20 new abilities, traits and weapon specials.

Why should I play the beta version?

New units and abilities. Our project doesn't use default units at all: anything you'll see in our project will be absolute new and fresh.
Traditional motives. Our project continues the traditional storyline of Wesnoth in traditional setting: there is no any demonic portals, aliens and other strange things that you don't used to see in Wesnoth.
Classical music. In our campaign sounds music of world-famous classical composers such as Beethoven, Mozart, Rachmaninoff, Shostakovich and Wagner.
Freedom of action. In scenarios of our campaign objectives isn't orders but just parts of a plan. You can follow your own plan and achieve victory with different way - if objectives offer deceptive maneuver, you can try directly attack and win faster (or maybe not - try and learn).
Logical actions of opponent. If sentinel has noticed your units, he does not rush into the fray but runs to report - and you can catch him up and kill him to save the surprise effect - or you can let him leave and kill all your enemies when they'll come together. If you have besieged an enemy stronghold, enemy units would not go out and attack you, making you feel yourself as in survival scenario - they'll stand on walls, waiting for your attack. But when your units will broke into stronghold or try to outflank it by water, they'll attack intruders with all their power in order to protect their property.

Why shouldn't I play the beta version?

We still have a lot of work. Any characters portraits and attack animations which you'll see in our project is just a temporary substitutes until we have time to make final versions - our artist are working hard, (he makes five sprites each week or even more) but it will take years for him to make every of planned units with their animations and portraits
1.13.4 version sucks. Our project uses newest wml methods so you need 1.13.4 version to play it. This development version still has a lot of... hmm... controversial innovations which make our add-ons to work not so good as we want (and of course, there is some bugs in our project itself, which make 1.13.4 version to work not good)
Authors don't speak English at all. Our artist can read English but can't speak and our programmer can read English but speaks only a bit, and our another artitst is still a high school student, so all of us don't speak English at all. Sad, but true... (Don't worry - there is english version in our campaign and era, but there is a lot of wrong words).

What I need to play the beta version?

All you need is install 1.13.4 wesnoth version and then download the archive and unpack it. There is a folder named In_Shadow in the archive - you should place it in your userdata/add-ons/ folder and then you'll see our campaign in the end of your campaigns list. Or you can just download campaign from add-ons server, where it named "The Shadow of Death".
Download link: https://dropmefiles.com/zlMyU

How can I condemn the project and its authors?

There is no problem at all - we always wait for you reviews in our topic on russian fansite: http://forum.wesnothlife.ru/index.php?t ... 7#msg33657. Be sure, we read english good enough to get a point.

How can I support the project?

The authors are in need of various resources needed to continue the project - graphic arts are especially needed (mostly portraits, attack projectiles and attack icons - as our artists sre going to make all units sprites by themselves to save a single style).

Is there a some russian propaganda in the campaign due to all three authors are russian?

No, there is just a piece of art with no propaganda at all (of course if there is some of it, i would say the same thing. so try and learn). 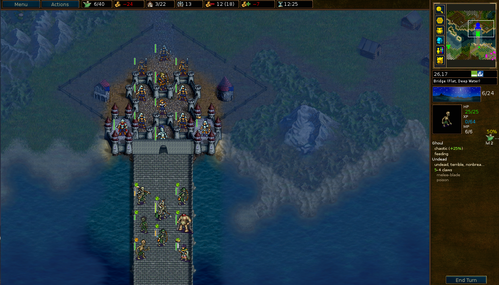 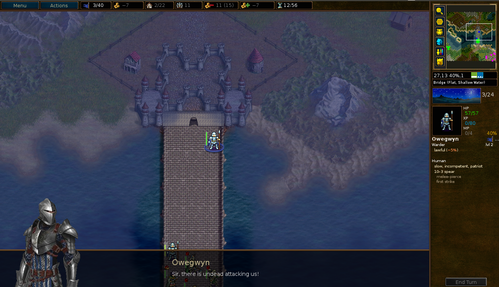 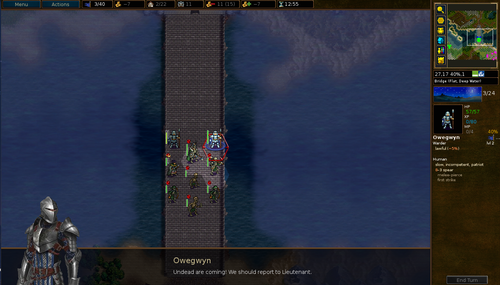 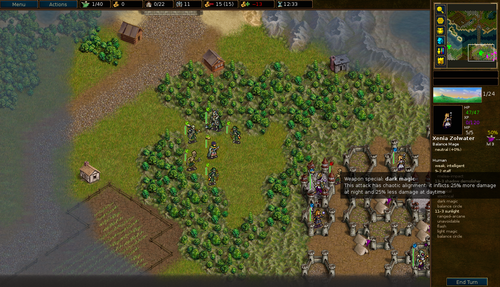 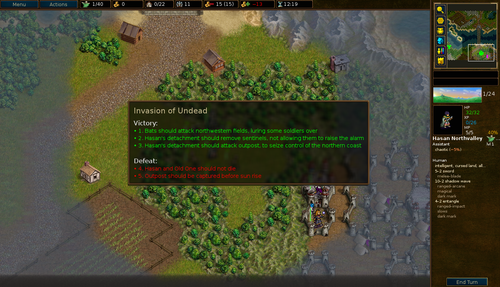 Thanks for your bugreports, everyone. We've fixed all bugs which you reported and some things we've noticed ourselves. Updated version of add-onn was uploaded to server today at 06:51 GMT. Download link in the first post was updated too.

today at 06-38 GMT we've released version 1.0.1g of our add-on.
We've received some bugreports about AI bugs and i still not sure that we've fixed it completely. So, we really need to receive your bugreport if you have any AI bugs when you've played our add-on (something like enemy units stands in an open field and does nothing)
Top

according to numerous requests we allocated the soundtrack (34.8 MiB) in a separate add-on named "The Shadow of Death music", so main part of campaign has only 7.6 MiB now. Add-on should work even without soundtrack, so if you ok with playing in silence, you can don't download music at all.
Top

some screenshots from 2nd scenario (which in process of development now) 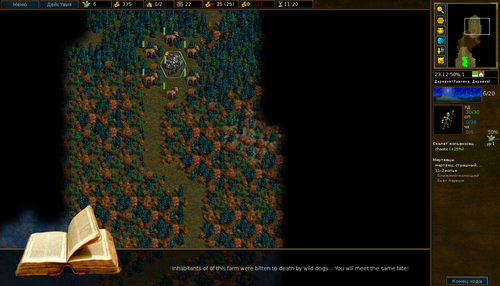 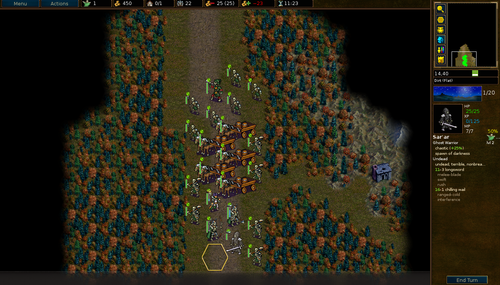 today we at last have our second scenario finished. Now you can download updated campaign from add-ons server (if you want to play with music, you also should download "The Shadow of Death music" add-on, but with all new tracks it became a quite large, so maybe you don't want to download it - it wouldn't affect work of campaign). There is two new screenshots from new scenario (of course it doesn't show location of enemy army - you should find it by yourself when you will play) 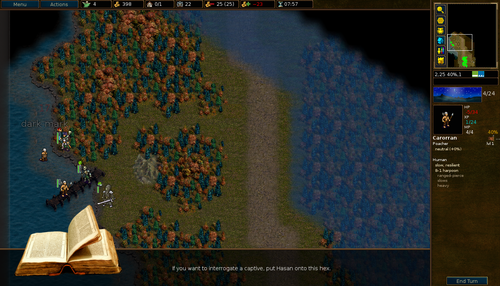 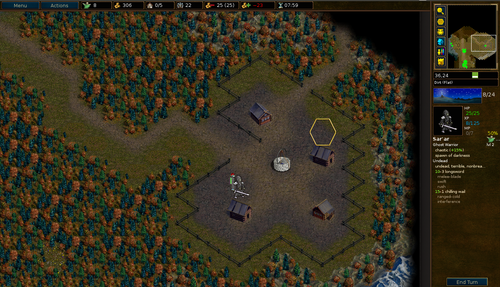 We're didn't posting here a long time, but that's not mean what we do nothing

The work is going at WML part of new scenario and we waiting for new units sprites too. It's pieces of campaign what we can't to show you. But we can show you some screenshots from 3-rd campaigns scenario. The action takes place at the same time with 2-nd scenario, where's Hasan and servants distracts the royal army. Here you will see Aethenholds castle siege by a biggest part of Mal Xan's army. In traditions of this project, you will have several ways to capture the Hornburg castle. I made you a little file for the first scenario.
It would be nice to mention the hidden turn limit at turn 34 in the 2nd szenario.

Wussel wrote:I made you a little file for the first scenario.
It would be nice to mention the hidden turn limit at turn 34 in the 2nd szenario.

Hi, Wussel! We want to make all castles by one "massive" style. So, the gates in 1-scenario is a prequel for the castle in 3-rd scenario. But if you wanna help us, you can draw castle wall much massive and useful for bigger castle in 3-rd scene.

P.S. I love that hidden limit too

upd: we had put turn limit to 2-nd scene for do the game closer to real live. Here you can't know what can happen with you at next moment. So, the heroes are blended sometimes and they're don't know what hour is the last for their mission.

And about castle draw.. We need big structures where's the units will be looks normally sized, but not like a giants
The Silver Age Project
Wanna help? Contact us!
Top 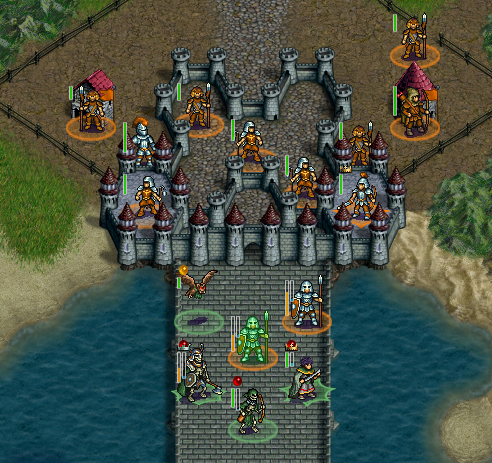 not bad at all)
but what about huge castle from 3rd scenario screenshots? can you handle it?
Top

Maybe not, as the walls have exotic orientations. This is how I would handle big castle walls:

I did not play it, but here is a wall fragment, which could represent the outer walls. The inner castle mountain looks fine to me.

This wall would follow a strict wesometric perspective. Maybe the left and right house should go wesometric too.

Instead of creating all the needed png-files for the silly fence code, I leave that in your capable hands.