]i think that many people want to play solo wesnoth tournaments. So i want to try "Back to the wesnoth".

Week = saturday, sunday...friday, coz if u need to save, u can load it at every day of working week, like friday.


It's important: there will be only mirror of tournament, also i could help to contact with your russian opponents.

1. Every participant of the tournament is obligated to play fair.
2. We play on:
- Stable version of BfW, with numbers 1.12.4 and more,
- default era (random, if both players agree, could be picking frac, play mirror only if both players agree)
- official server (if technical problems appear, players can decide how they will finish the match).


3. After match the winner is obliged to report the game on page of tournament: http://tour.wesnothlife.ru/tournament.p ... ment_id=23
4. The tournament is valid Central European Time (UTC + 2) – registration, terms of games .
5. Title of the game played on lobby must include name of tournament and number of round(example: BTW round 2 game 2).
6. If one of players disconnects, the second one has to save the game and wait for his opponent at least for 10 minutes. If the opponent doesn't get back we keep our saved game and finish the game later. If the game would not be finished in primary term, the player who get dc loses the game. Obviously, the fact that one of competitors had dc must be mentioned on forum. Unusual situation would be considered individually.
7. Breaking the rules may result in disqualification of the player. However it may only occur if the player has been warned before and the issue has been discussed on the forum.
8. Organiser of the tournament is allowed to modify all the rules depending on the situation. Information about that would be featured on forum.
9. Organiser has the rights to settle all doubts in the tournament and his decisions are ultimate.
10. Signing up for the tournament is explicit with acceptance of all above-mentioned rules.
11. WARNINGS SYSTEM: 1st warning = lose remake ability this+next round. 2nd warning = lose all remake abilities. 3rd warning = ban from tournament.
-------
Tournament system: we play Double Elimination system(2-2, last loser of winner bracket fight with winner last round of loser bracket, loser of this game go to third place, winner play superfinal round with last winner of winner bracket).
(https://en.wikipedia.org/wiki/Double-el ... tournament)
finals and super-final, would playing with best of 5 games system.
all another rounds would play best of 3 games system.

Becouse tournament is international, it's could be hard to communicate, so with paring i will announce which maps should be played in first, second, etc game in round.

Tournament will take part at http://tour.wesnothlife.ru/tournament.p ... ment_id=23
Brackets will be fixed.


REGISTRATION IS OVER
1. plk2 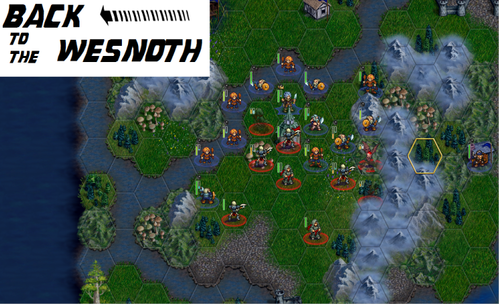 I would be happy to join the tournament. Double elimination format looks nice. Just I am a bit worried with the one week per round. I am often away for week holidays in summer so I am afraid I will not be able to play out a round within one week.

Privet drug, If posible I would like to join tournament. Many thanks.
Top

I would love to attend, thank you!
Top

I will participate
Top

sign me up pls, my username will be plk2
Top

Hi all. Igor I will be glad to play in your tournament, and I will trying give little good games here.

hey, count me in too

i'm in if there's still a slot for me

edit
registered to http://forum.wesnothlife.ru and to tournament
Top

Hi igor, I can´t regist in the forum because the verification part didn´t shown in my pc. Any solutions?
Top

craken left after seeing ud vs drake, i can not accept this.

I not agreed for this matchup, and EoZ exacly know my opinion aboute this on Polish forum. Igor please delete this replay.

This is not fair play what ElderofZion doeing here.

craken wrote:I not agreed for this matchup, and EoZ exacly know my opinion aboute this on Polish forum. Igor please delete this replay.

This is not fair play what ElderofZion doeing here.

i didn't see "remake coz not a mirror matchup". So, i haven't reasons to ban this game. But, anyway, this game haven't reported at wesnothlife.ru yet.
craken's win reported only coz this way: i know his pass|login
So Elder Could report this game, if craken alreadly lost his "remake about not a mirror matchup". But, if craken didn't use this ability, as judge, i would like not to report this game coz here not ended 4 turn. With WARNING to craken: lost this ability for this round and for next round too.
Top
Post Reply
17 posts