Modrzew wrote:Guys, maybe a stupid question, but is it ok that on rice terraces the red player starts with 3 units on the middle of the map? I was literally able to kill the enemy lider with them before he was able to move any of his unit...

Yup, this is exacly what happend
Top

You used an old, flawed version of PYRA where i accidentally left the models for the banner in the game. That has been fixed a few days ago.
Sorry for the inconveniences.
Horus, organiser of International Wesnoth Tournament 2016
Top

if any of these arent on list I'll just take whatever drakes are left over.
Top

We have momentarily 20 players, which is excellent, because the count has to be divisible by 4.
People can still register, but i cannot guarantee that they will be able to participate (unless they convince others to join too).

Tonight (CET) i am going to release a new pyra version, which will be what we play the tournament with. Do not forget to update before you play!
Horus, organiser of International Wesnoth Tournament 2016
Top

PYRA 2.3.3 has been released. This a mandatory patch, and as such you must download it before playing any tournament match. Changes are: DISCLAIMER 2

As reported by Krogen, replays stored on the wesnoth replay server are broken with pyra, do not link to them as a confirmation of a victory! Always save the replay and upload that! The rules have been changed accordingly.

On many of the newer, exotic maps showcased in this tournament, Blood Bats recruited by player1 can capture one or more villages of the other side without that side being able to reach. While the testmatches never truly confirmed it as broken tactics, i decided that as a tournament rule, it is forbidden to recruit Blood Bat in turn 2 (the first regular turn). It is still a valid pick and from turn 3 it can be recruited as per usual. Vampire Bats are of course unaffected by this rule.
Victories achieved by buying Blood Bats have to be replayed. Please warn the players about this rule if you see this happen!

Pairings and the secret leaders will be announced tomorrow afternoon (CET), so you can play the first matches in the evening.

Recently i added a Dread Lich to the leader pool, but that one is just a different appearance for the Spider Lich. If you chose a Spider Lich leader for the tournament, you are allowed to use that one instead if that is your will.
Horus, organiser of International Wesnoth Tournament 2016
Top

The leader picks became public and you can see them here.
As the host of the tournament, i felt obliged to pick the titular mascots, Mettle, Insecurity and Despair. I hinted in person to some players that my secret choices are right under their nose.

From this moment i consider the registration period over. You can still do it, in hopes that someone has to abandon the tournament prematurely, but i cannot guarantee a slot anymore. So, we are 20, which is nice because is a number that is easy to work with.
I made the pairings with the aid of my trusty purple d20. If you are not satified with the results, he is the one to be blamed. Figure 1 - I can give you his email address, but be warned, he does not check his inbox daily.


The first battles of the tournament will take place on the relatively new (and relatively excellent) home-made grain-themed map. Segmented canals, frontline water villages and a range of impassable mountains freak out those who believe in conservative values. This map was also a major reason why i forbid recruiting Blood Bats in turn 2 as a rule. The layout allows all kind of playstyles, and i had the pleasure to see many of them during the practice matches.

Make sure you control the side which is written above, since you cannot shuffle! 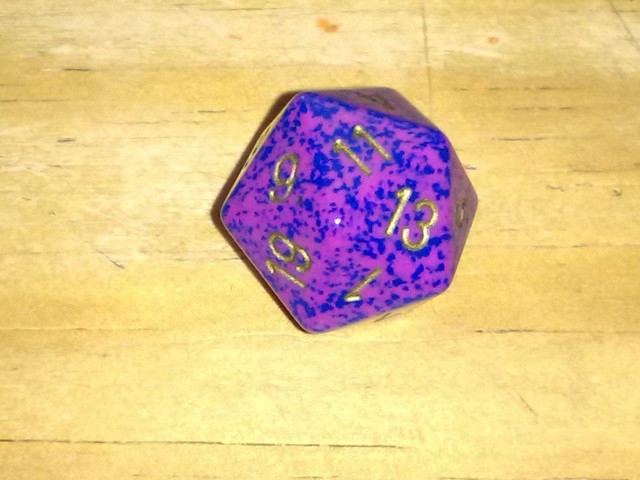 First tournament game! Thanks to everyone who observed...
Spoiler:
ShadowVeil disappoints Oook's fans

I have been asked to upload this, mixed human, elf and dwarf physical build versus witness-supported dustrush.

Horus2 wrote:I have been asked to upload this, mixed human, elf and dwarf physical build versus witness-supported dustrush.

I choose like oldladys dwarves grunts and shammys, slow but steady.

Spoiler:
The old lady won... was a bit lucky...I guess the one that reports always wins,,, no big spoiler...
Thanks to observors to be patient to such obsolete way of playing

My battle with tetsudo should begin in about 10 minutes if you want to watch.

Maybe I should have played at least 1 pyra match before the tournament XD
Last edited by Modrzew on May 21st, 2017, 2:12 pm, edited 1 time in total.
Top

Game replay for tetsudo vs Modrzew