Strange i never saw that before.. wonder how i missed it.. i could have sworn ive atleast peaked into every thread around. Thanks for the link though. It seems that every time i get a random idea, someone has already started work on it, and the only time i find out about it is after i post. >_<

What i was talking about was a little further beyond the re-coloring of sprites or 'objects' and the actual programming of the game logic to do that sort of thing for you. Thats possibly a needlessly complicated task though, and instead of having a single developer or a couple writing code they could instead outsource sprite-editing to a lot of people, a much more simple task. In theroy anyway.

Ill get a few more pages of the thread read on though, 400 posts is a long read. This isnt really the place to drop ideas in, but it was 'just a thought' heh, didnt mean to end up discussing it.

Jet says, "These are the up-to-date images, below. As the guy who drew the ones these are replacing, I can say that these are an overwhelming improvement."

Indeed, those shots look very impressive, perhaps i misjudged how they would really look in the game. Flying red as a team color they look quite nice. Even if they almost look like they are wearing sunglasses.

Though im quite fond of the original Wose, i will look forward to seeing these misunderstood creatures again and in their new form when their time comes.
Top

It might be just me, but they all look like they've got big evil and cheesy grins. And sunglasses.
Defeat the bad guy. Save the world. Please give me feedback
Top

Yeah, they look cool, very very cool, the drawings are impressive... BUT, it looks like they're out of the Old Forest in LotR, more than the "wise and benevolent" image i had in mind for the Wose, them being lawful and all.
Then again, the drawings are so good looking it might not matter that much, once we get used to them.
Hard work may pay off in the long run, but laziness always pays off right away.
Top

Gus wrote:...them being lawful and all.

In Wesnoth Lawful doesn't neccesarily mean good or nice. It just means they prefere to fight at day. This is why we an have Lawful Drakes.
In the case of Woses I'm guessing the daytime preference is because of photosynthesis.

Zhukov wrote:In the case of Woses I'm guessing the daytime preference is because of photosynthesis.

Truth to be told, the main reason is most likely the it makes more sense balance wise. If the balancing team would like them to have another alignment, we'd simply find a reasoning for it and put it into the description. After all, good gameplay comes before realism.

I'd even say, that from my POV it would be even more senseful for the mto fight better during night, when they can be more easily mistaken with a tree.

And there is this archetype of people lost in dark big foests at night, where they get killed/eaten/whatever by tree monsters.

And about woses, i'd say they kinda look like if they were twisted, kindof.
User:Kshinji
Probably there's no point for me posting here, but i'll raise my PC to 1337 before leaving again ;P -- just kidding.
Top

Scott wrote:If gameplay requires it, they can be made to live on Venus.

...however you like it. That still supports my main point that Lawful/Chaotic does not mean good/evil as a matter of course. (Although it often can)
Top

Whatever you say about this issue, the point remains that we have the NEW Woses who look twisted and evil, while the OLD ones look benevolent this is all IMHO of course =) ).
I agree i shouldn't have mentioned "lawful" as a basis for their supposed "goodness", you're completely right on that =)
Hard work may pay off in the long run, but laziness always pays off right away.
Top

Gus wrote:Whatever you say about this issue, the point remains that we have the NEW Woses who look twisted and evil, while the OLD ones look benevolent this is all IMHO of course =) ).


The old Woses had the blood of innocents in their red-stained, wooden teeth, and the graves of a thousand children beneath their roots.

The new Woses only have six hundred dead teenagers in orderly rows and the blood of low-level public officials on their hands.
Top

The new woses are the incarnation of goodness. - they provide fruit for the poor

Carry on, then.
Hard work may pay off in the long run, but laziness always pays off right away.
Top

I think we know where this thread is going... 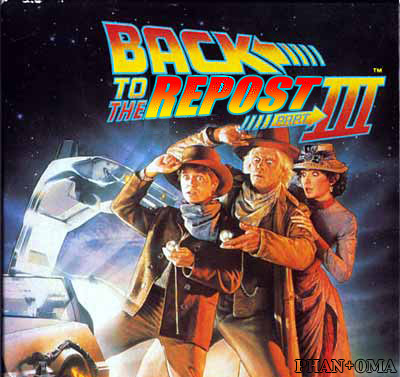