Forum rules
Before posting critique in this forum, you must read the following thread:
Post Reply
226 posts

Yeah the level 3 one looks like it would be weaker than all the rest, as it only has a mace and a mask and no armor.
Gold is great!
Swat them bugs!
Top

yes he kinda does, but again, i was lacking resources to give them better armour.
If you have any ideas form what other portraits i could use some armour, I will gladly rework them. All of them.

here is probably the most consistent looking of all of them

here is the very last unit line for some longer time. I have some new factions cooking up, but I am not sure if I am ready to show them.

I will be more active for some time on this thread 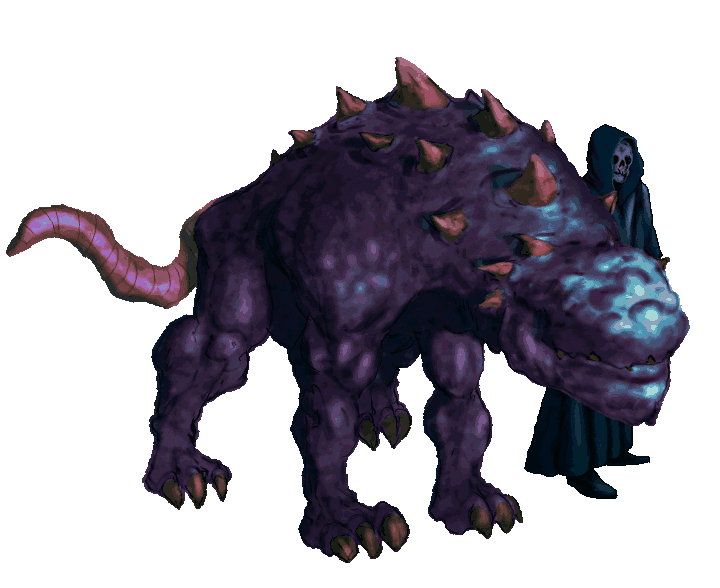 wow this is amazing!
Have you have had this already or have you done it for this unit?
stuff I worked on: Dunefolk Rework - ghype's Daily Art
Top

I like the Fallen Tamer portraits. My one concern is that in the level 3 portrait, the masked man is really hard to distinguish from the dragon. Maybe moving him to the right would fix it. Alternatively, he could be riding the dragon.
Author of beta campaign Kalbruk's Journey - My art thread - My collection of single player scenarios: The Archives
Top

DeCoolest_Cat wrote: ↑
November 10th, 2018, 11:36 pm
Maybe moving him to the right would fix it. Alternatively, he could be riding the dragon.

thanks for your feedback. yes, it clearly is not clear enough. I will consider this when I will rework this.
stuff I worked on: Dunefolk Rework - ghype's Daily Art
Top

I am cooking up some new sprites for two factions, hopefully I can post them soon enough.

Until then, if you want to see some more Art of me, you can find them in the two links beneath.

Woah that is so bad ass!

@Mik3art - do you know who made this and if it is available for general use?

I particularly like the 3rd lvl sprite and portrait! A black dragon is a really cool idea and the fact that the sprite is kind of a serpentine dragon is just fantastic

actually i think he did it himself
stuff I worked on: Dunefolk Rework - ghype's Daily Art
Top

Long time not seen. I am sitting on some sprites since almost 3 years, so I thought to publish them as I plan to implement them for Ageless 2.28.

Zero virus once did these couple of sprites but as far my knowledge goes, no body took the time to compile them into a proper faction, mostly because some units are missing for having a balance-able faction. So I made the missing ones and organised the sprites a bit. I might do the same with some other sprites Zero has made but no one really used them. So yeah, here are zero's sprites. 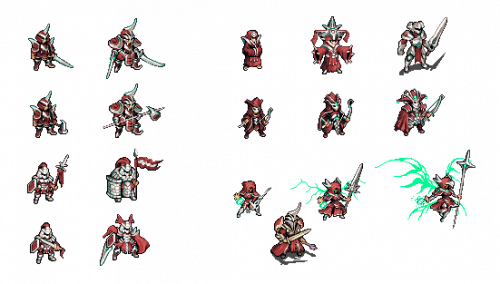 There were only two full unit lines (the archer and the mage), for every other unit line I created a lv3.
Here is the first line. Due to their close resemblance, i decided to put them into the same line and make the lv1 and lv2 weild both - blade and hammer.
The initially lv2 fighters are now lv3 and the lv1 I use as a lv2. I just edited it to make it look more like a lv2 and created a lv 1.
This however is probably one of the least exciting lines.

I like what you have done and it fits well with zeroviruses units.

here is the next unit line. I made the missing lv3 unit. I am aware that I would't have to change the spear tip for the lv2 of zeros sprite to make it align with the others now, but i seem to have forgotten that.

Here is the next one.
Made a lv 3 to the missing unit line.

For this unti line I decided to make that one fighter that had no lv 1 nor a lv3 be advancing as a 2nd advancement from the last line (because it looks more like a lv3 then a lv2).

Hence I decided to make a lv4 unit.