Forum rules
Before posting critique in this forum, you must read the following thread:
Post Reply
13 posts • Page 1 of 1

First,excuses for my bad english. I'm french. I apologize. I've drawn some illustrations for Spectre of Fire. I don't know where to post them so... I post them here. Thanks and be free to use them. 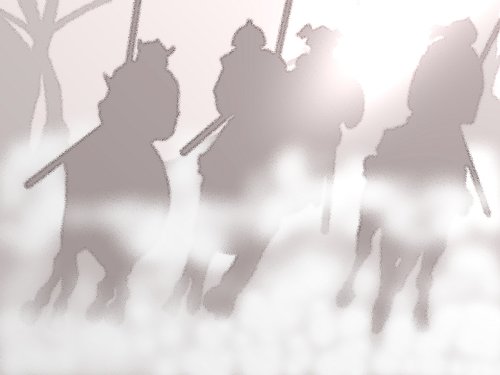 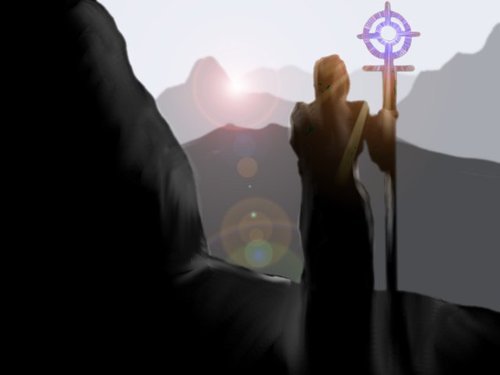 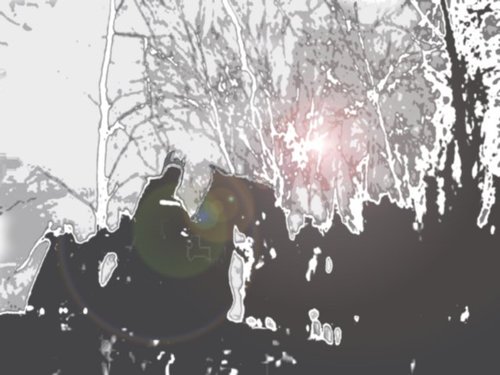 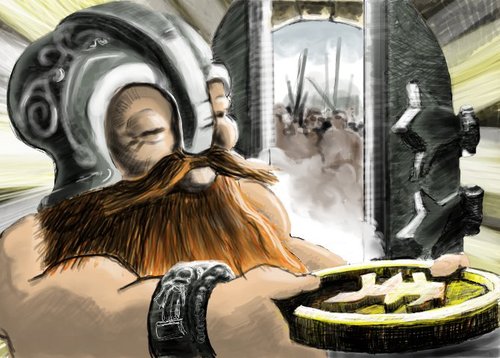 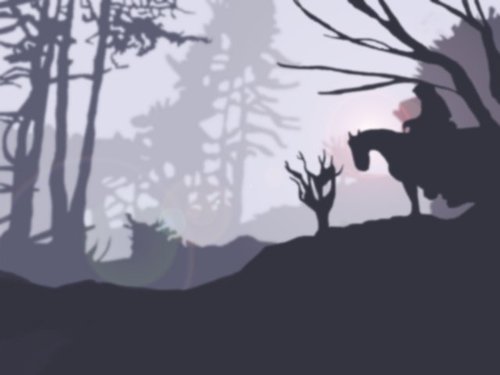 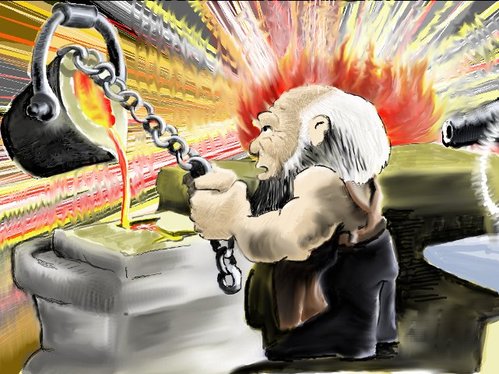 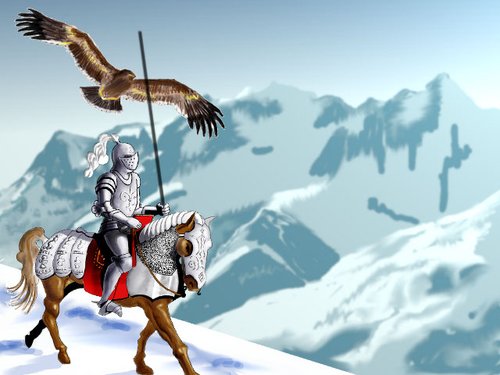 Well... I'm not really an artist, but here is what I think about it:

The halo effects at "mage" and "guerries" (especially at the guerries) doesn't look really well to me.
The dwarfs are looking kind of funny

In the last picture the horseman doesn't really fit the rest of the picture.
Except of that I think your work is not very bad

But you should better wait for an artist's comment...

Crendgrim wrote: The halo effects at "mage" and "guerries" (especially at the guerries) doesn't look really well to me.

Lens flare is a modern thing, as it's only the effect of an actual camera lens when hit by a strong light. Any scene in Wesnoth wouldn't be viewed with a camera, but rather with the naked eye.
It's spelled "definitely", not "definately". "Defiantly" is a different word entirely.
Top

These are probably too cartoony for Wesnoth compared with the current mainline portraits.
"What do you mean, "a dwarvish dragonguard with marksman is overpowered"?"

Please note that nobody who has posted so far has a sky blue Art Contributor handle. The people who have posted so far (myself included) have no say in the art vetting process and you are under no obligation to listen to them.
"You can't kill an unarmed, upside down man!"
Dr. Rodney McKay
Stargate Atlantis
Runner

scienceguy8 wrote:Please note that nobody who has posted so far has a sky blue Art Contributor handle. The people who have posted so far (myself included) have no say in the art vetting process and you are under no obligation to listen to them.

Strictly, the only people with a final say are the ones with Art Director titles (which are in olive, not blue). That said, several Art Contributors are experienced artists so it's worth listening to what they have to say anyway.
Top

True. So I'll weigh in. As it is, this work isn't quite up to the necessary standard to contribute to mainline. Parts of it are close (the knight on horseback is reasonable, but has a few anatomical flaws), but overall, you've a ways to go before you can contribute to mainline. Accordingly, I've moved this to the art workshop, where I'm sure a number of user-made content authors will soon jump on you to ask you for help

I really like the first one, the composition is very dynamic and the lighting works really nicely. The only thing I dislike is the "hairy" outlines. I know you have tried to express the distortion of the fog and the backlight, but this particular effects is rather distracting. Also, the fog on the foreground may bee a bit too puffy.

I don't question your skill (and as far as I can make out, others don't really that much)...
the thing is that you work in a variety of styles (which is good

) on the same picture (which is not so good

) as works of art... well that's really not the point, is it? I painted a bird once, I only had a small bottle of black acrylic ink and a bottle of orange fabric paint, and one brush, and two kittens, thus not exactly one brush (did you know that cats can eat even the metal bits of paintbrushes?)... a lot of people who saw it thought it was great for some reason... but I wouldn't exactly post it here as something I want to contribute to a campaign, much less a mainline campaign...

The "Outriding the Outriders 640.jpg" is, as far as I can make out, in one style, it looks great in my opinion.
-your Dwarves and Horsemen ones have the figures drawn in one style and the background drawn in another. <EDIT: I just checked again, and I think that "cavalier noir 640.jpg" is great too!>
I suggest you try to do picures all in the same style and see what people think

Enjoy experimenting and developing!
...apparenly we can't go with it or something.
Top

Maybe you want correct the topic title (by editing the first post). I actually thought this thread is about unit sprites (sort of anti-undead unit, fire spectre), not about story images for the Sceptre of Fire campaign...

This artwork is fantastic!

It shows how a character feels as opposed to how they look, and your landscapes seem to be part of the characters themselves.

I can see how the style might be inconsistant when compared to the technical nature of other artwork, but for magic sequences / dream sequences / surreal moments, your artistic style should fit in perfectly.
Top