Forum rules
Before posting critique in this forum, you must read the following thread:
Post Reply
315 posts

the paleolithic houses look very good. It is clearly readable they are made from some gigantic bones, probably tusks. And for the fur I just envy you (I tried to create one some time ago for the tropical stilt houses, but failed). But one question bothers me: There are a few houses with almost no fur left. Are they supposed to be ruins? Or how do they keep the warmth within?
Top

fabi: Mangrove is one of terrains I started to make, together with few others (alternate farm vegetation and mermish encampment). For now the most advanced project is farm vegetation. I'm going to post some pictures soon.

Lurker: the second row of houses are ruins.
Top

I am still thinking about my tropical forests. In the beginning I was going to create two base variants: more loose, normal forest and very thick jungle, and then the "sparse" version of main looser variant. The problem was with hills: I could not find the way to distinguish clearly between looser forest and hill coverage without making the latter ridiculously bald, especially that I had to make also "small" versions of both normal and hill forest. Now I have an idea to make a new set of trees and bushes that would have clearly different color scheme, though they would represent the same type of foliage - and this recolored forest would be used as hills coverage and the current "sparse" variant would become main tropical forest. And current main tropical forest would become another pack - "jungle". What do you think about this?
Top

I think it would likely be greatly appreciated.
If you also wanted to add a couple extra trees to the sparse palms as well, that would be lovely.
Top

About palms: in the beginning I was going to make foliage suitable for both atols and desert. I still see desert "forest" as palms only, but for atols there could be also another trees. But is I'm going to make such differentiation, I would probably make desert palms paler and brighter, that would resemble more the older tropical foliage in hue and contras, especially that the oases were made to fit the older sprites.
EDIT: maybe I misunderstood you - did you mean "add more palms to desert hills" or "add other trees to palms in sparse variant"?

I have also two other ideas but for the further period: making misty forest (basically darker jungle with mist, that would be almost impassable) and mangrove bushes - brught green and purple, lilke here
http://www.americas-photos.com/mexico/mangrove.html
Top

Long time no see. At least I wasn't lazy. I've got some new ideas and started to implement them. First I decided to make two sets of foliage: the first one is tropical - darker and greener but not overly saturated foliage which would compose with green grass, green hills and could look good in neighbourhood of existing normal (non-dry and non-glacial) mountains. An I created such set. It consists with:
1. Rainforest (dense, high trees which completely obscure the terrain underneath) - now it exists in repository as "tropical". I made it darker and added blueish mist.
2. Jungle - more scarcely placed trees and some bushes which are much lesser than the previous - look good on green or semidry grass and can be easily distinguishable from any other background
3. Sparse variant of jungle - can be distinguishable from green hill background.

I also plan to make new palm forest for atols. This should be made of much smaller palms than current. I want to avoid the world "tropical" in pictures' names that's why I use words "rainforest" an "jungle".

The second set I'm going to make is subtropical foliage made from brighter more yellowish trees (palms, acacias, baobabs, thorny bushes) which would more fit to desert and savanna environment and current oases and other desert embellishments.

So far I noticed that I'm constantly making too saturated trees. The last set is probably a step in good direction. (I learned that the bacground shouldn't be too saturated and dark to allow the units can stick out from it). I'm going to post some pictures when I'm sure there are no glitches around castles or villages or other terrain features. I also decided that the trees shouldn't be higher than current deciduous or coniferous foliage (with exception of rainforest).

Any comments before I'm going to make subtropical set?
Top

Time to remind everybody that I have my thread here.

One of projects I've been working on last few years was tropical vegetation. I finished the forests successfully and I'm closer than ever to finish ricefields. Right now I'm happy with rice but the dikes are looking like green spaghetti (as you can see below). At least I know what to improve.
I've got a question. I have few wersions of BfW installed, including versions 1.9.10 and 1.11.6 via wine and 1.10.4 under linux. I'm using exactly the same set of images in these three cases and to make them show ingame I simply copied lines from farm vegetation (for rice) and from fence (for dikes). In 1.9.10 everything works perfectly but in versions 1.10.4 and 1.11.6 only dikes are behving properly, incase of rice some transitions aren't showing. Where should I ask and look for answer? Here or in WML problems? 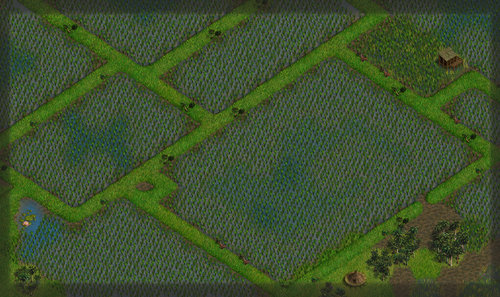 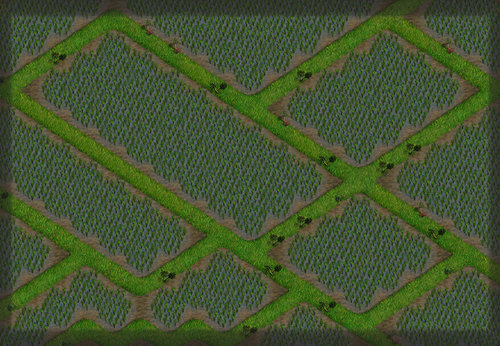 I've taken a quick look at the commits between 1.9.10 and 1.10.4 that touch data/core/terrain-graphics.cfg and data/core/terrain-graphics/, and while there have been 14 of them, nothing in particular stands out. If you could post the code you have, someone with a git clone can bisect the issue (or find out the old-fashioned way). Whether you post it here or make a thread in the WML workshop and link it here doesn't particularly matter to me.
Wesnoth UMC Dev
Stories of Tarlyn (on hold) - Era of Strife - The Dark Hordes
Top

Man oh man, that is some quality art right there.
The green spaghetti look isn't so bad though, dykes are manmade and don't have to look natural.
Nothing is foolproof to a talented fool.
Top

I think I know what's happened. Because of installing version 1.9.10 under wine I was able to modify files just adding lines into .cfg files and steadily updating experimental graphics. And I forgot that there are lines which regulated transitions of farm vegetation which I took as a model for rice WML. I'm going to confirm this in my spare time. Right now I would like to present new dykes (should I use the word "dyke" or "dike"? Which one would be better?) and graphics for ricefield. 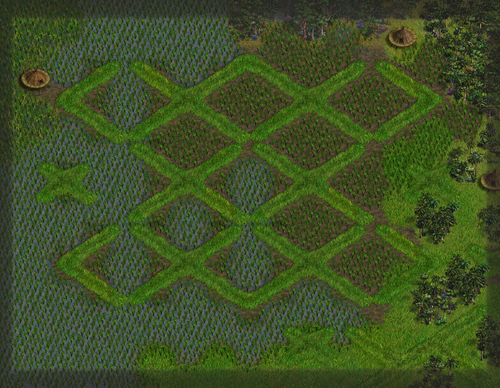 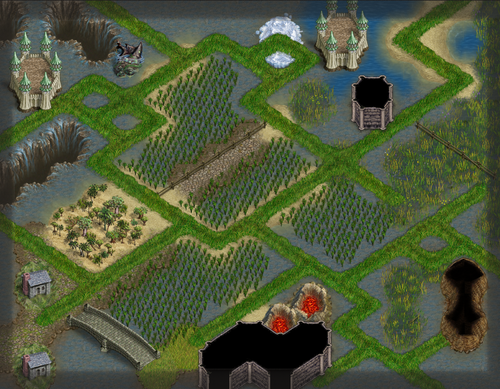 Dike is correct. The other spelling is an offensive term for a lesbian, which is not what you meant.
Campaigns: Dead Water,
The Founding of Borstep,
Secrets of the Ancients,
and WML Guide
Top

The spellings are interchangeable and I'm not sure which is the original, but its slang meaning is a recent development, and no reason to stop using it.
Nothing is foolproof to a talented fool.
Top

Major wrote:The spellings are interchangeable and I'm not sure which is the original, but its slang meaning is a recent development, and no reason to stop using it.

OK. I'll stay with version "dike". I don't want any slang connotations.
It appeared that I made too many variants of straight emelents - the editor sees only two first of each direction. So I remade the set. I would like to ask about water. I wanted to make my own muddy water by overlaying custom texture over the existing tiles - swamp water or ocean water. The question is which one would be better to make ricepads? I mean variants - there are quite many transitions in case of both ocean and swamp. I would be glad if somebody explain me which one are necessary. What is a purpose of "long" transitions and "blend" transitions in case of ocean and this many variants of swamp water transitions? I'm not sure if I need animations but in case I make maps with stretches of ricefields which aren't sowed yet, the animation probably would appear necessary.
Right now I use fords for ricepads but I don't like the look of transtions between fords and mud. I prefer how the water blends with mud tiles.
I would also like to know if the dikes and rice tiles are commit worthy right now and if not, what is needed to do to enhance them. 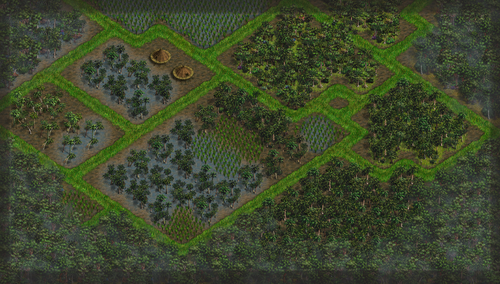 I love those pictures by Mefisto especially the earlier ones they're somehow so soulful and revealing. The orcish warlords, the fencer, troll hero.. I think these are simply amazing! It was such an experience to view them!