the mermen and nagas still have the tails because the tail is part of the body, and if your actualy making a merman theit be more work to atach the tail seperatly
Top

ohh...
well, all for the better good than for the bad good.

is there an elf one yet, i remember seeing one but i'm not quite sure. if not i'll make one
Top

there is, but it is in complete.
well, all for the better good than for the bad good.

I copied MOST of the templates, and made them into one. I will up-date this as best i can.... 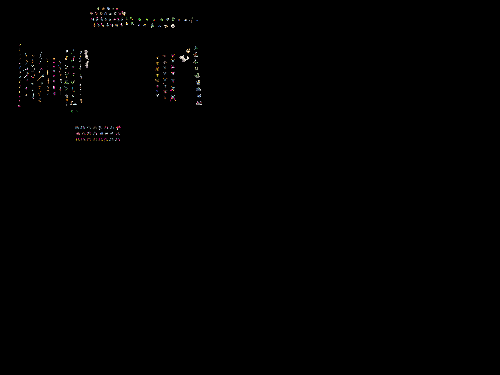 EDIT: i made it bigger to put new templates on there.
3P MP Scenario - Great Dwarves Escape
The best way to learn is to follow. In order to learn WML, you have to follow other's work, and check their codes.
Top

If you want this to be any real use to anyone, you should convert the background to transparent.
Newest Releases:
Conquest 1.0
Empires 1.1

Since the server crashed, all my newer frankenpacks got lost, So I'm reposting them along with some ones I just made. 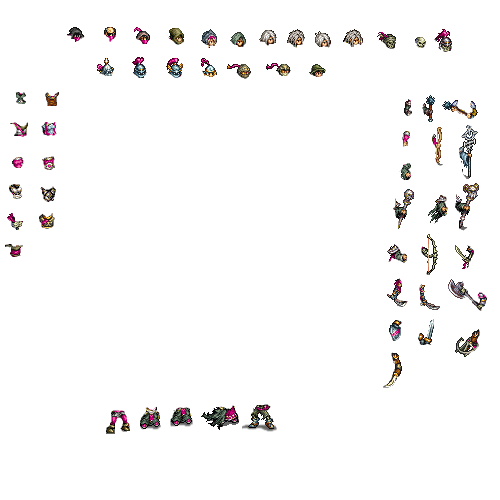 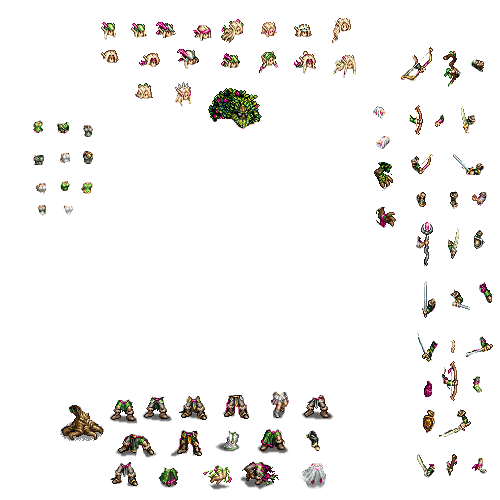 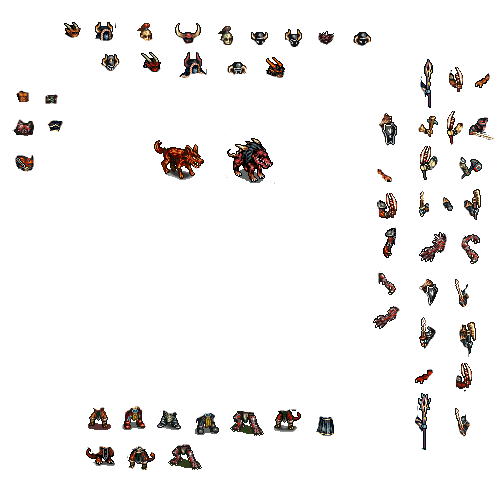 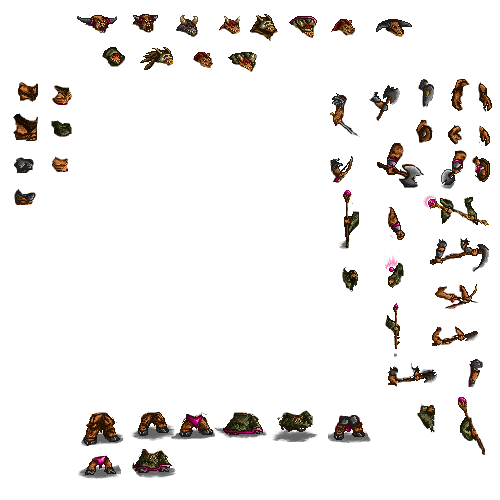 As mighty as the minotaurs are I can still chop them into little pieces. Mwhahaha!!!
Minotaurs.png (25.16 KiB) Viewed 5193 times 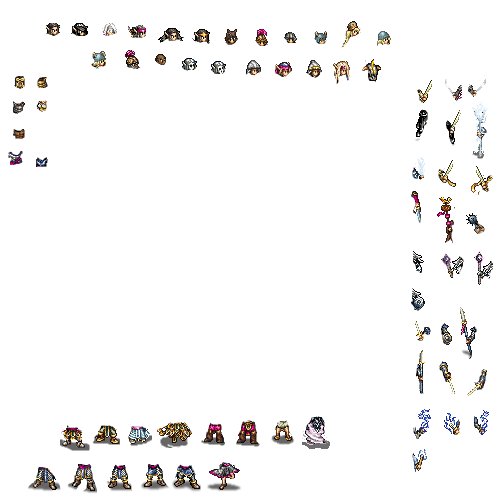 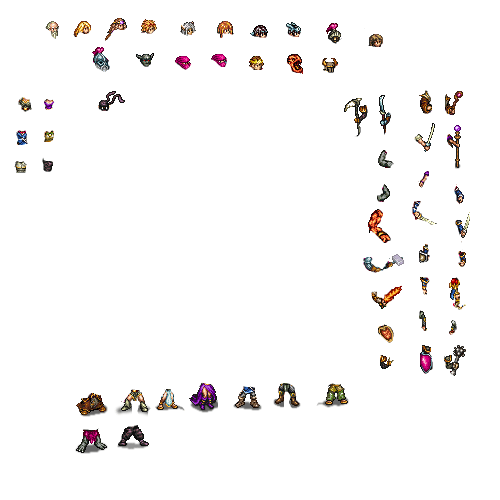 And the last of them 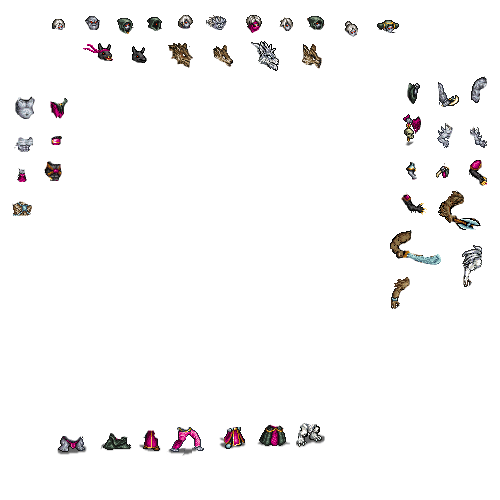 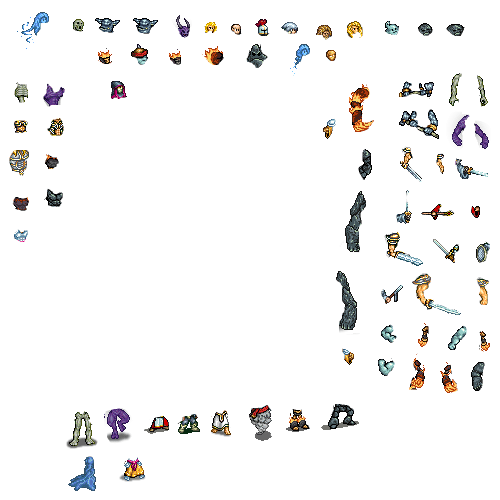 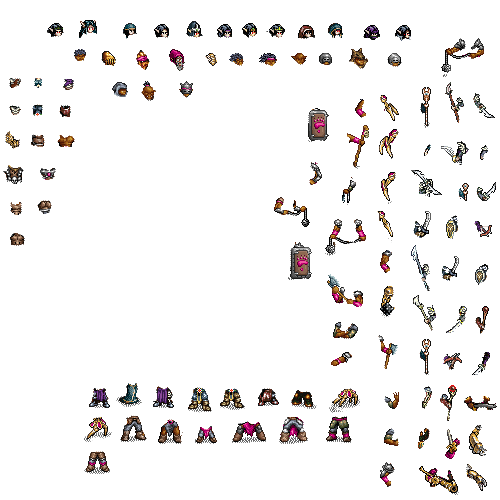 ael193, firstly very much a thankyou to your self (and others) essentially i can't do my own art ¬.¬ so frank/recolour/mutating are my only hopes, just though had an idea... but one that may take some time; due to most weapons having parts obscured, maby editing the weapons so they are free from the hands? and make the hands seperate so they can eaisly be placed over the wepons handle? thus allowing eaiser transfer between races etc.. also other parts of weapons being covered ie behind the units head, these are missing, so heres the deal, i would just [censored], ill set out to do a full weapon sprue from mainline hopefully before the morning =[.

Sorry they are in abit of a state, iv'e managed to get all the drakes weapons in one pose done, (plus one bonus), hopefully when its not midnight i'll g them in other poses for ease of use etc...

havn't quite sorted out the mace.

Tivinu, good job... Congrats at setting them out, takes a long time to do that.
3P MP Scenario - Great Dwarves Escape
The best way to learn is to follow. In order to learn WML, you have to follow other's work, and check their codes.
Top

yer sorry they are squashed, for um reason if i don't do it on a 72 by 72 my gimp pog screws up ¬.¬ once ive got enough done ill try and arange them into a more managable manner, been a tad busy latly, but am planning on getting Humans done today in my free time and then hopefully elves.
Mischievous to Malicious - The Fae Faction - WIP
Top

again sorry for the messy layout, once ive got all ml done ill organise them by type, bt for now they may as well b ou their to use.

Wow, great job! Keep it up!

You are an Elvish Shyde - Beautiful, natural, and helpful, though sometimes under-appreciated.
Top
Post Reply
196 posts