Nice. It reminds me that I'd love to have a pop at that unit too. Woses are fun. If and when I have time, I'll drop a base frame on you

Nah, look forward to it.

So everyone, Level 3 Cactose? Yes? No? Maybe? As for names, I like tough but I'm more along the lines of tall (L2) and towering (L3). Otherwise we could always stay with the sort of "class" side of things and stick with like "great" and "superior" but they still seem quite bland. I guess there's a limit to the amount of adjectives you can put before a word.

We could have woses that are like half chopped down and they have axes in them. You could have it as part of a scenario or something where woses are being cut down and you have to save them or something and then they join you're team. They could be walking around with axes half way through the middle of they're body and although they have less health they pull out the axes to attack which highly increases their attack power.

Just thought i'd put it out there, but it gives them a good reason to be carrying weapons...i guess. Maybe not in the faction though.

Lol...the axe idea is kind of far out, I'm not sure how many players would really like that. I mean you'd be in constant vicarious pain yourself just from looking at them...

Tall and Towering are good names for the L2 and L3, that's probably your best bet. Height is definitely the biggest advantage cacti have over most other plants, so it fits well.

Not sure if it was mentioned or not but the cactosi? could have a ranged needle attack, or an attribute that does a little damage to any unit using a melee attack against it.
Cybermouse
<:8( )~
Top

Cactosi? If you were referring to the Cactose, it's singular and plural. There's no plural version. And they already have a needle shooting attack. 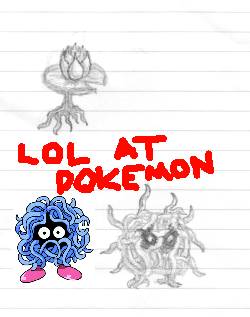 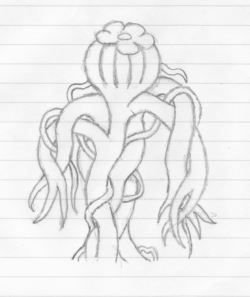 Water Wose will be great...

Good idea
The creator of "City Defense", a 2P survival on the add-ons list.

Wow it's so hard to convey tone through text so now i'm not quite sure if that was sarcastic....=|

It's something we need to approach eventually and the idea's out there but don't get to distracted by it. We should focus on what we're focusing on right now, otherwise nothing will get done.
Everything is edible, some things just aren't good for you.

And I'd suggest a giant kelp for a water wose: example 1, example 2. Although you waterlily wasn't too bad either... I guess it's a matter of preference on your part

And I'm not sure, but I don,t think Leid was sarcastic

And not convinced by the axe idea either, btw. It might be a nice thing for a single scenario, but a permanent such unit would really be... I dunno, out of place? Why would the wose even keep the axes, anyway?
Jazz is not dead, it just smells funny - Frank Zappa
Current projects: Internet meme Era, The Settlers of Wesnoth
Top

Yeh it was supposed to be a single scenario idea. It would be stupid as a permenent unit. But i guess they could have kept them just out of anger due to their circumstance.

I'll give that water kelp thing a try. I'm thinking maybe what we do with the water unit is make it walk a certain way when it's on land and then when it's swimming it changes a little under the water.

So like when it's in the water it has everything close together or floaty/swimming-like and then it has legs come out on land.
Everything is edible, some things just aren't good for you.

Phyreprooph wrote:Wow it's so hard to convey tone through text so now i'm not quite sure if that was sarcastic....=|

It's something we need to approach eventually and the idea's out there but don't get to distracted by it. We should focus on what we're focusing on right now, otherwise nothing will get done.


No, no, it wasn't sarcastic

Well here's my attempt at the Wose Kelp. Left is the standing on land one and right is the swimming one. For some reason the swimming one doesn't look like it's at the right angle. Is it coming from to far over the top? 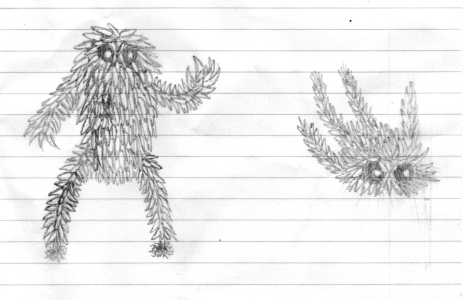 Also, I thought of an awesome name for the water wose..."Hydrose"

NB: kelp is long and belt-like. Can be hundreds of metres long. That's kinda cool, but it's definitely not kelp.
http://thespaceinvader.co.uk | http://thespaceinvader.deviantart.com
Back to work. Current projects: Catching up on commits. Picking Meridia back up. Sprite animations, many and varied.
Top

So what does that mean. I can't really fit hundreds of metres long inside a 72 x 72 pixel hex and really, the water in the game doesn't really go that deep, it's only like half the hex. Also, kelp doesn't seem like the type of plant to be on land at all so that would mean you'd have to spawn it IN the water.

Maybe kelp isn't the best idea. I might have to give the lily-pad another try.

I know that - what you can do, however, is make the guy out of long straps, rather thanm long branches with short leaves. Join it all together only at one point, and make the rest single long strap or belt-like lives, then it becomes believable that the unit basically lets its shape go if it's ambushing in water, and returns to its kelp-like state.

I'm not suggesting you put hundreds of metres of anythign in. But make it look like kelp rather than a bush.
http://thespaceinvader.co.uk | http://thespaceinvader.deviantart.com
Back to work. Current projects: Catching up on commits. Picking Meridia back up. Sprite animations, many and varied.
Top
Post Reply
198 posts