sorry for the bad explanation (and please bear in mind that this is no important issue at all)!

i was trying to talk abut the difference in the planes of the human male and female face. here is a simplified example head which shows the facial planes - the left side is female and the right side is male (at least stereotypically). sometimes pictures are easier than words... 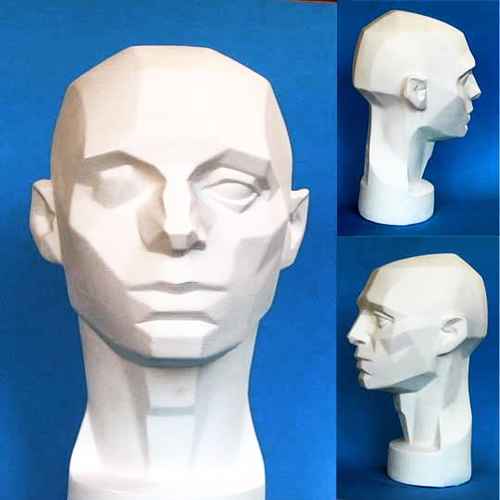 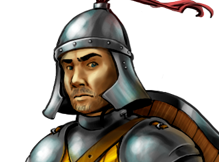 Aaah I get it now ! Very interesting model, it'll help me a lot and not only for masculine faces.

I'll soon come up with a final version of the sergeant, with a better crest and face.

In the meantime I finished the Lieutenant, which means I'll now be working on the Marshal(s). 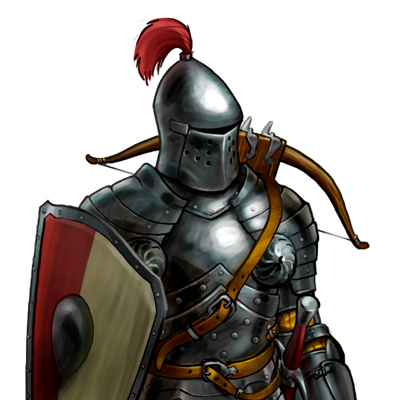 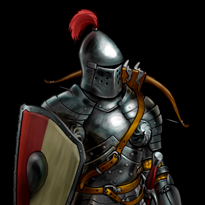 more awesomness!
in the beginning i would have liked to see his face but now the perforation in the helmet is what i like most about this portraits

my only nitpicks are the plume, which looks a bit flat and the leather straps, which are too clean and gleamy for my taste, i think they would profit from a bit wear and tear...

can't wait to see the marshal(s)! (and can't believe that you really do two!)
Top

TrashMan wrote:LordBob is not human.....

posting here just to say you are incredible

Cant squeeze out anything more constructive tho. Except that human-marshal-1.png's shield has golden ornament painted on the white-ish half of the shield too, but thats not allowed. But obviously you dont have to follow RL's heraldry so you may as well disregard that.

(the spearman & peasant seem somewhat below the quality of the rest which are incredibly awesome, but still better than any non-kitty non-TSI portraits, ofc)
Top

Plus, you put pressure on all those who want to contribute

Syntax : to be honest, I included to golden ornament to match the sprite. I'm impressed by your knowledge of heraldry - But I'll keep it, like you said a little fantasy can't hurt.

Regarding the peasant & spearman...Id' probably share your opinion if I took time to compare the whole series (and eventually do something about it), but that won't be until every last loyalist portrait has been taken care of. There's still a number of them missing, so no starting over yet

New versions of the sergeant and lieutenant :
- changed the sergeant's floating plume for a smaller, gravity-friendly bunch of nearly-recognizable-material.
- removed the weird bluish reflection on the crossbow
- hopefully made him manlier by painting angular cheekbones

Both portraits can be commited as far as I'm concerned

Edit : flipped the sergeant as requested. 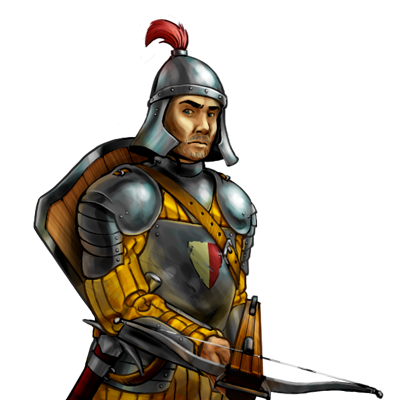 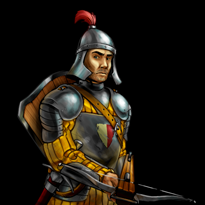 Double posting due to attachment limit. 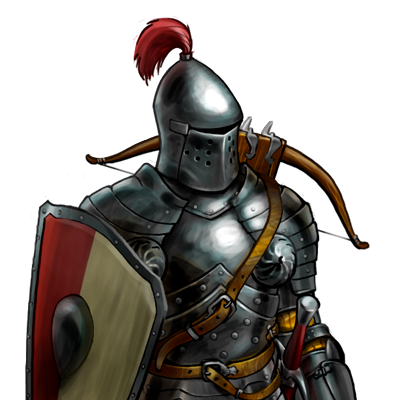 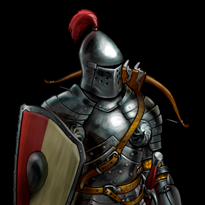 Would you mind a flip on the sergeant?

Horse unit portrait size: I've done a few raws for the knights, dragoons and so on, but must admit that the crop limit combined with the small size of the portraits is challenging. Nothing impossible, but I feel the end result won't be as detailed as other portraits can be. Do we have the possibility to use larger portraits for horse units, or a different framing for the dialog portrait vs the smaller help menu portrait ?
Want to see more of my art ? Visit my portfolio !
Top

LordBob wrote:or a different framing for the dialog portrait vs the smaller help menu portrait ?

Okay, I'm taking note of this. Depending on portraits, I might crop a closer shot for the 205*205 pictures.

In the meantime, the first marshal portrait is complete and the second is underway. C&C welcome, as I'd rather not repeat on the second portrait any mistakes I made already. 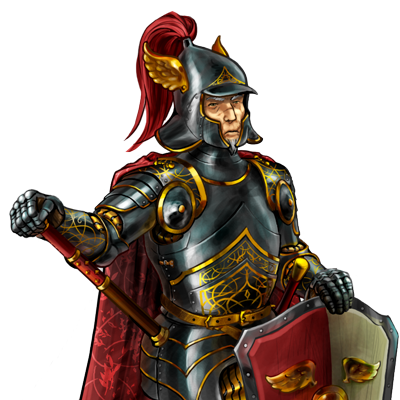 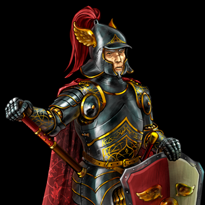 Is the face contrasted enough? With all this shiny armor all around the face seems to fade a little, i'm not sure about that though, maybe it's good this way.

Well that's details so take them or leave them, i think i'm not talented enough to tell you how to do

Overall really nice, (should i add "as usual"?) as usual!

All of your Potrait got only two different kinds of beards. None or an pointed beard.
It matches fine to all the others, but for this Veteran of War it would match better if he would have greater beard, which stands for maturity and Wisdom.
If you dont want to change that you could simply say its a form of Fashion in Wesnoth

But i would take something like this for this Marshal:

woho! lately i come to love opening the wenoth forums - everyday i get to see a new great portrait

i love the battelworn face you gave the marshall! imho he can get in the game as he is now.
but if you feel like doing some further editing i'd suggest some more shadow on the face casted by the helmet. and in this portrait the yellow fabric of the tunic looks very much like the gold on his armour - perhaps you could differentiate the two materials a bit.
Top
Locked
922 posts