I bring you here a most curious ladder match between Spelp and Kral. This is probably the new king of comeback matches or something. I have lost of the actual count of comebacks and close to comebacks in this game. It was long but still fun to watch a lot of drakes and elves getting slaughtered continuously. Have fun watching this!

I am not sure I can look up which ladder game it was. I killed everything my enemy had on Den of Onis (undead vs dwarf), then proceeded to my base with my leader. Moved without scouting, right into his last remaining non-léeader unit: an ulf that went around through the caves.

He took his CTK and won.

Yup, my leader was a DS.
Top

this one is probably the best comeback ive ever seen

it was yzr vs bonobo on cotb

I thought it was unloseable. Observers did too. And then... I went and lost it!

how very entertaining! i liked the orcs struggle a lot and was a deep admirer of the way of the troll throughout the game!

comebacks that are both entertaining and really surprising are hard to find but you do a very good job. keep it going!
Top

Dwarven fight-o-rama vs orcish wolf club on the modified freelands: 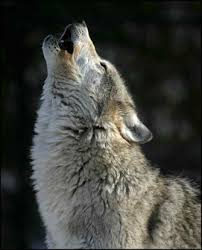 Figure: The way of the Varg

The map has been modified by Gallifax and this is the first game on it:

On the left you can see an additional village that was taken from the right side, which looks like a good idea to decrease pressure from a typical orcrush/any other type of attack that leads to the loss of both vills. On the other hand, an attack on the west would be stopped much better as well, resulting in a general more defensive game. this is why i decided to attack both flanks at once to force an army split which could result in an occupation of villages.

the attack itself could have gone better but i was content enough to slip a grunt inside the defenses and retreat orderly for another nights attack and wolves that could level in their next kill. as for the next attack, the east was protected even better, while the west suffered from the reinforcement/army split again. at some point dwarves feel they "dont need to do anything and are bored", and because its "no real test of the map" they attack instead of defending. its not an orcish issue to ponder about what problem dwarves feel they have or evaluate their unit placement, the job is to take down those hairy barbarians and thats what happend, ROAR!!!