I just hate how some drawings can develope a live on its own...
And only one will make the cut.
Liking the old face more but regreting the anatomy.
This girl, this boy, They were part of the land. What happens to the places we used to tend?
She's a hard one to trust, And he's a roving ghost. Will you come back, will you come back, Or leave me alone?

@Jetrel, anakayub, et al: I remember something like this coming up in reference to Kitty's female Assassin portrait--someone didn't like the "girly" stance, which, while admittedly not really the most realistic thing, did serve to accentuate the feminine factor of the figu…portrait.
(Whether that is desirable or not isn't really something I think should be quibbled over when it's a really good portrait being drawn for free.)
To bring in a real-life example, if any of you know people who are transgendered, they put a lot of effort into those sorts of things, as well: m->f transpeople work very carefully to make their body language and carriage feminine without overdoing it--which would make them look like gay men (obviously there's nothing wrong with that, but it's not what most transwomen are aiming for)--and f->m work very carefully to make theirs more masculine without overdoing it, which would make them look lesbian (ditto).
In cartoons and smaller-scale sprite art, things like that tend to be exaggerated beyond anything which would look normal in real life, but I guess with something like Wesnoth, where we have portrait art more towards the realistic end and sprite art more towards the stylized end of the spectrum, it's a little hard to know where to walk (oh ho ho) the line.
For a good example of this in a game, check out the walking animations in Odin Sphere. Gwendolyn jogs lightly forward, Mercedes steps daintily along barely touching the ground, and Cornelius runs around waiving his sword in the air, undeniably more masculine than the previous two, even if he is a blue rabbit. Velvet, as well, has an extremely exaggeratedly feminine pose even when she's just standing there. And Alice's motions--the way she sort of throws herself backwards, book in hands, when you have her sit on the chair, and the way she bends from the knees to pick up the books off the floor, for instance--are exaggeratedly childlike.
Actually, I could probably go on for a page or two about the level of character detail in that game (stuff like how Mercedes licks her fingers after eating during a fight, while Gwendolyn hiccups), so I'll stop here.

And finally, because I never feel right posting in an art thread without, you know, posting some art, have one of the very characters I was just blithering about. Very much of a cop-out of a background, I know, but I'd already spent about four hours on the figure, and I really didn't feel like continuing--I find that I have trouble spending more than half an hour on digital stuff, these days (I stop and call almost everything "finished" after twenty minutes). PS: I'm aware of most of the anatomy issues, but feel free to point them out anyway.
Top

Well, I wasn't trying to claim that males and females don't act differently, I'm just skeptical that even a very feminine(?) woman's hips are so wide and her shoulders so narrow that it makes her run funny. Anyone I know who is in shape and cares about how fast they are going runs just fine, I don't notice any difference between male or female. Someone who is not in shape and is just trying to lose weight, or doesn't know what they are doing and is self-conscious, will run funny, but the mechanics of the muscles & skeleton have little to do with it. So in the context of a sprite of a little girl gathering books, it could make sense. In the context of, say, an elf ranger lady running up to an orc, giving her a girly jog wouldn't make any sense. That was my (not well laid out) point.
BfW 1.12 supported, but active development only for BfW 1.13/1.14: Bad Moon Rising | Trinity | Archaic Era |
| Abandoned: Tales of the Setting Sun
GitHub link for these projects
Top

I am not the better artist but i try my best to make it cool.. 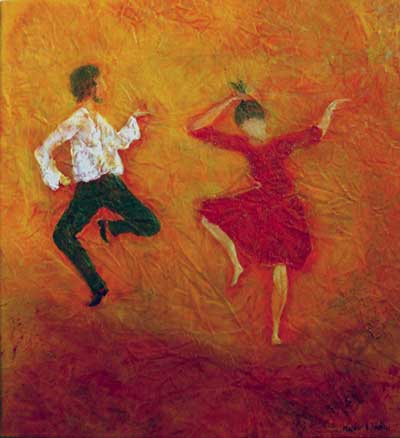 Wow, you really did that? Funny how it's linked from a website that's been up since before this one, and is by an artist named Kerstin Nordh...
http://thespaceinvader.co.uk | http://thespaceinvader.deviantart.com
Back to work. Current projects: Catching up on commits. Picking Meridia back up. Sprite animations, many and varied.
Top

I think you're probably right. Bah. Humbug I say, humbug. Weird bot, given that it's not advertising anything.
http://thespaceinvader.co.uk | http://thespaceinvader.deviantart.com
Back to work. Current projects: Catching up on commits. Picking Meridia back up. Sprite animations, many and varied.
Top

Look at its profile, then click on the "Search User's Posts" thing that's under the post count. If you look at the other threads it's posted in, it's pretty easy to tell that it's a bot.
Top

Aside from, just possibly, Kerstin Nordh.

@doofus-01: I know what you mean, and I see the same thing. I guess what I meant by the huge wall of text was that stuff tends to be exaggerated to keep it recognizable when it gets stylized--where those features which are being exaggerated came from in the first place is beyond me.
Top

Just had the urge to post to this thread again...
The album cover of my band's new album. (without logo and album name).

IT IS NOT GPL LICENSED.
And yeah, before anyone points out, I'm kinda averagely good/bad at editing photos, and the reason I suck at making Wesnoth art, because it can't be edited of photos (correct me if I'm wrong though).
Check out my sprites!
Top

I'm going to ignore that other "show your sprites" thread from now on in favor of the far better established stickied topic here in Offtopic. Seriously, why would you make another thread when there's already one for that same purpose and even an entire Subforum for our sprites called the Art Workshop?

It's not finished yet, and I know I overdithered it. And of course as with most of my lighting, it's not exactly realistic. Give me a break, I'm a beginner at anything larger than the Wesnoth hex >.>

Something I've been meaning to to do far while: half-hour to hour-long speed paintings. Using inspiration from my photos of Australia. This is a view from about halfway down Mount Wellington in Hobart, Tasmania. Total of about 25 minutes. Should be doing a bunch more of these, it's a skill I need to practice. 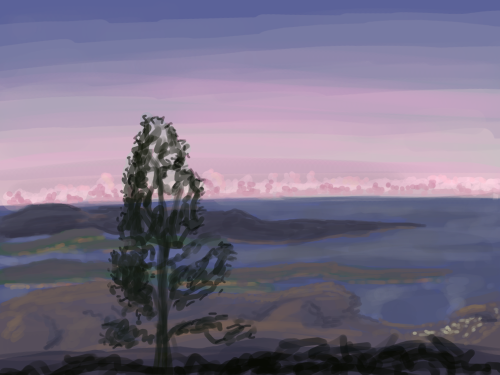 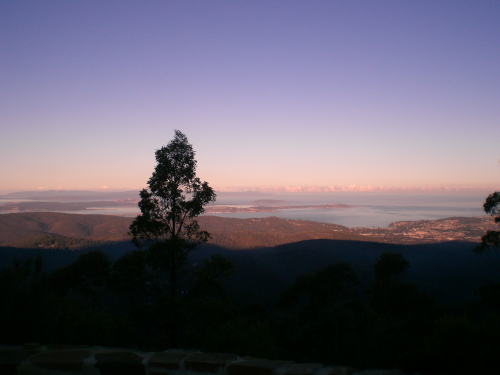 Nothing special here, but since there's a thread for it...

Photography counts as an art, right?: I don't fancy myself a photographer, but when two sand hill cranes start dancing in my back yard, I can't not take a hundred or so pictures.

What constitutes art is a tough question with a lot of semi-religious wars being waged over it. For my own opinion on the matter:

Edit: At the same time as I write a long essay on this, I'm quite sympathetic to Paul Graham's notion that art is about "effectiveness in causing an emotional response" - whether it's necessarily the response we get from seeing something "beautiful" is up for grabs. It might instead be intended to shock, to amuse, to frighten, or any emotion.

Beauty on its own doesn't stand well; it might be pretty, but anyone can do it. It's mundane. It's boring. Contrary to Subway's ad campaign, I'm pretty sure no one thinks of their foodservice people as "Sandwich Artists", because with 5 minutes of training, anyone can do it.

Many of the things people simply are are very beautiful, but no one is going to consider a pretty girl/boy to be an artist because they, themselves, are good looking - not unless they're actually doing something (like being an athlete) to make themselves look that way.

Skill on its own doesn't get seen much in the wild because nearly all incredible skill is, in itself, beautiful (it's a bit like a magnetic monopole). That said, outside of its comedic value, people generally disdain the grossly incompetent even if they have no interest in pursuing the skill themselves (c.f "Star Wars Kid").

Visually ugly things can be beautiful to people for some other reason; for example most machines have a certain kind of beauty because they work. This is because machination and order, as inherent qualities, have an appeal to most people's basic sense of wonder, in the same way that being animate, does.) The otherwise revolting act of a swordsman dismembering an opponent can be beautiful because of the grace and skill of the swordsman, and the fact that athleticism is inherently beautiful to watch.

Beauty can be meaningfully compared. Not as an absolute, but as something nearly equivalent - a generalization for "most people". For example, nearly everyone will find a sunset beautiful. Likewise, nearly everyone will find a naked, fat man taking a rude dump, to be quite disgusting and unpleasant. These are extreme examples, but I'm using them to show that opinions aren't purely subjective.
Play Frogatto & Friends - a finished, open-source adventure game!
Top

Well that made for a very interesting read. And I found myself linking two people to that essay just in the past week!

That's one of the things I like about these forums--although there is the usual level of noise and threads with nothing new to tell, every once in a while someone will post something which really is worth reading. Usually it's Jetrel.

Back on-topic, a number of things (a summer of chemistry followed up by a week out in the boonies with small Parisian children and then a few more weeks occupied by things like Folklore and Umineko EP7) have resulted in my not really drawing much of anything in what feels like months. In lieu of my usual drivel, have a samurai on a Vespa.
Spoiler: